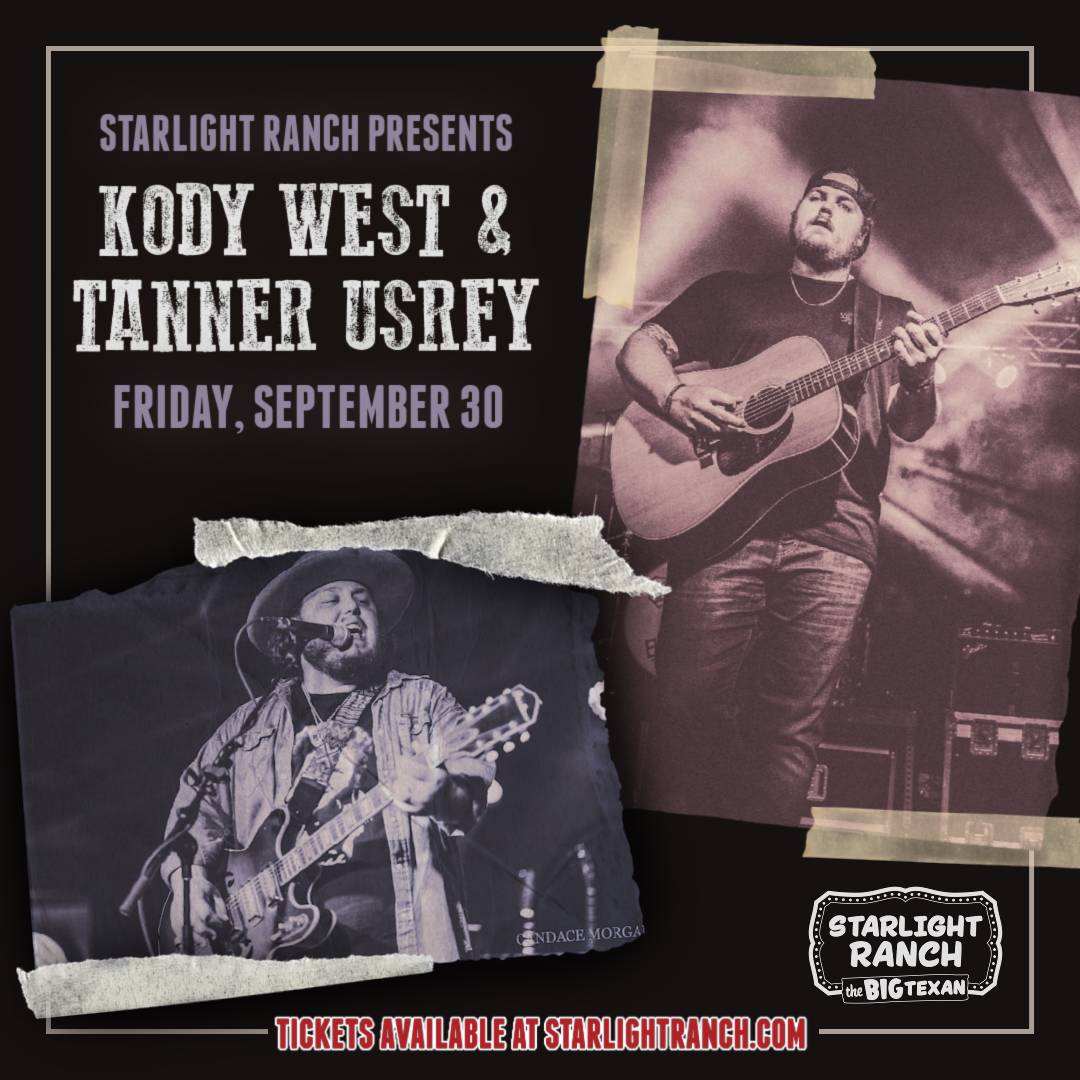 $15.00 to $125.00 Play Video Listen Share
Buy Tickets
Kody West & Tanner Usrey take the stage in Amarillo on Friday, September 30th! This will be an outdoor show.
Inspired by country legends like Johnny Cash, Kody West began taking guitar lessons at the age of nine. In high school, he took a deeper dive into songwriting while recovering from football injuries. Fast forward to today, and Kody West has now released their sophomore record “Overgrown” that was recorded in Kody’s hometown of Denton, Texas. Kody’s drive for touring and live shows keep wheels always turning and the band always working. In the past 3 years he and his band have traveled across the country headlining shows, as well as serving as the supporting act for artist like Charlie Robison, Whiskey Myers , and Koe Wetzel.

Prosper Texas born-and-bred singer and songwriter Tanner Usrey has been earning a name for himself in the music industry since 2013 with his soulful southern style. Originally, Usrey performed with his brother and later kicked off his solo career in 2017. Releasing his first EP, “Medicine Man,” in 2019, Usrey has cultivated a fast-growing audience with over 20 million streams and counting. Usrey has been on an upward trajectory opening for notable artists such as Ward Davis and Lucero. Most recently, Usrey was named Peacemaker Festivals first Emerging Artist and recorded a 5-track EP titled “SOL Sessions” with SOL Studios.

What to know
• Guests under the age of 18 must be accompanied by parents or legal guardian
• Gates open at 8pm
• Lawn chairs welcome
• Food & alcohol available for purchase
• Food trucks on-site
What not to bring
• No outside food or beverage
• Smoking is only permitted in designated smoking areas
• No outside coolers
• No pets permitted
For all ticketing questions, please reach out at https://www.prekindle.com/support/portal
For pavilion rentals & sponsorship opportunities, please email support@cevents.com
Event by
STARLIGHT RANCH
Calendar
Website
Facebook
Instagram 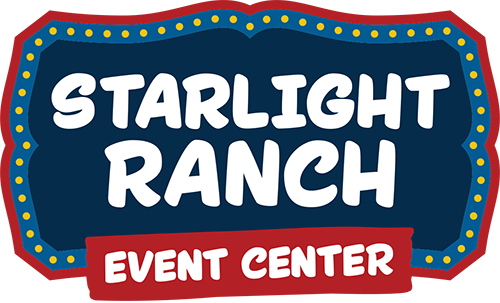