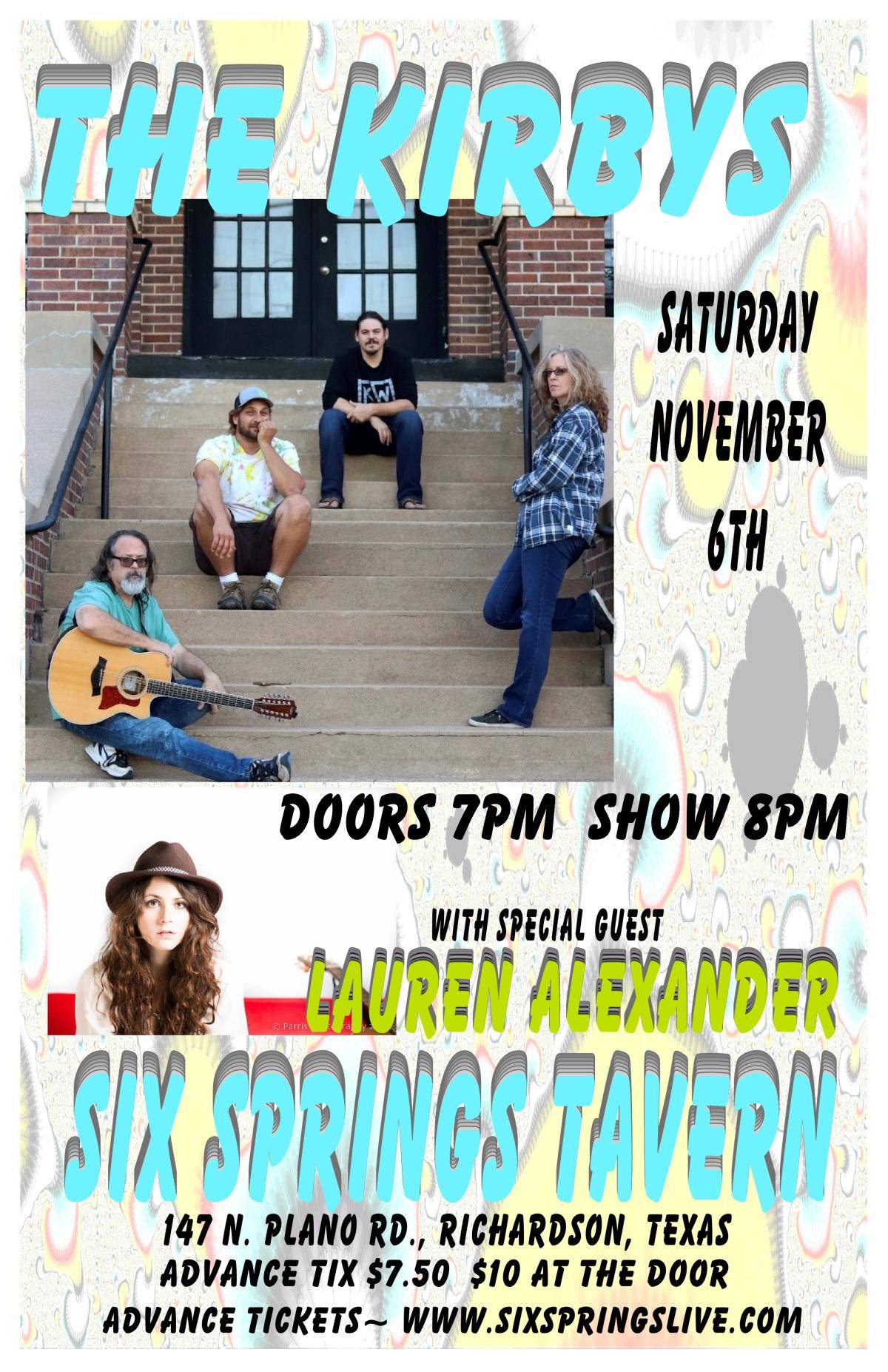 The Kirbys are an Americana AltIndie Band based in East Texas led by husband/wife songwriting team Andrew and Kate Kirby. Featuring Rantz Gibson on guitar and Chase Murdock on drums, The Kirbys musical influences draw from 60’s - 90’s rock. It’s the combination of close harmonies, interesting inversions, heartfelt lyrics and laid back grooves that give The Kirbys their unique sound.

As a Duo, Andrew and Kate Kirby tour parts of the nation each quarter. Recently returning from a tour that started at the Sturgis Bike Ralley and wound through the rocky mountains of Colorado, The Kirbys are happy to be entertaining audiences back home in Texas - and with their full band.

The full band is preparing to record and release several singles that will culminate in LP album in 2022.

The Kirbys duo hosts a weekly Facebook Livestream featuring musical performances and discussions with guest artists Thursdays at 5pm CST either from their home at the Big Sandy Music Hall or wherever they are while touring.

Texas native Lauren Alexander is a singer, songwriter, and producer with a knack for feel good beats and dig-down-deep lyrics.

Growing up with a healthy dose of twangy country blues and soul driving classic rock, Lauren has quickly established herself in Nashville's competitive music community, creating a sound that is unmistakably fresh. She blends bluesy melodies with a touch of western bohemian flair to create music that makes you want to groove.

“My goal” she says “Is to make music you can feel.”

Without a doubt you will feel it. With her roots still dug deep into her small hometown and more miles under her belt than you’d believe, there’s a place within her music that everyone can relate to.

Laurens debut album 'Smoke Signals' is available now. Her follow up record will be released in late 2021.

Lauren also hosts the Groove Lab Podcast - A weekly music podcast that aims to give musicians and music lovers a behind the scenes look into the lives of the people who make up the music industry.