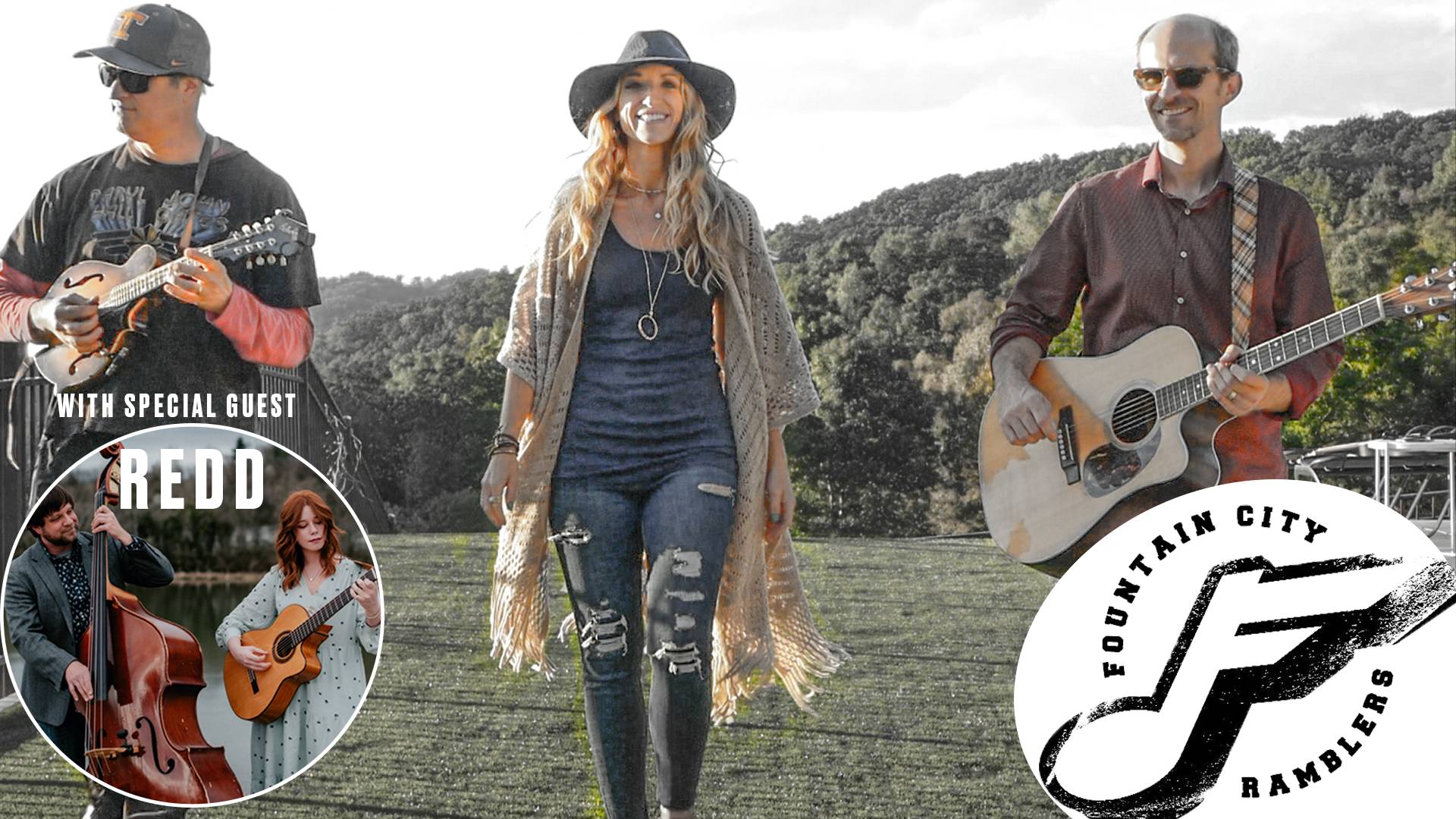 The Fountain City Ramblers are a fun-loving acoustic group that covers a wide range of musical genres like rock, americana, blues, bluegrass, folk, and country. Songs covered vary from the Rolling Stones, Chris Stapleton, Norah Jones, John Mayer, Tyler Childers, and many others. The members of the Ramblers have also written original songs and instrumentals. No two shows are the same with a constantly evolving set, and the result is a relaxed & spirited listening experience for both the audience AND the band.

The group started in 2018 when mandolin/guitarist (and local Sports Talk Broadcaster) Tony Basilioand lead guitarist/singer Lance McCluskey were both students of singer/guitarist David Bivens’ music studio, The Bop Shop. The trio started jamming and bonded immediately over their shared love of everything from bluegrass to the Beatles….from 80s classics to Led Zeppelin songs reimagined as an acoustic trio. The group started playing a ton of shows throughout Knoxville and Maryville, even landing on the iconic WDVX Blue Plate Special a few times. During the course of those shows, the group met vocalist/guitarist, Lauren Wilson, who hired the band to play a fundraising event she was organizing as a director of a non-profit. As fate would have it, Lauren got up to “sing a few songs” for fun as she had just learned to play guitar. She had a passion for music but no prior musical experience in a band …soon after the guys asked Lauren to become a full-fledged member of the group! Each member of the band has their own full-time occupations as their main gigs working as business owners and in other professional settings in Knoxville, but playing fun sets around town with the Rambler’s band is their favorite gig! You can catch the band playing throughout the year at spots like Corner 16, Clancy’s, Wild Boar, Clinch River Brewery, and more. Follow all their upcoming shows and events at their Facebook page https://www.facebook.com/FountainCityRamblers. The band plans to release more original songs over the next year!!

The Ramblers were thrilled to make their debut on The Open Chord stage in February  2021 as the opening act for The Mike Thomas Band, and they are excited to be making a return appearance to Open Chord on April 17. Ramble on down for a good evening of songs that include vintage country classics, 80s anthems and even some new original songs!!