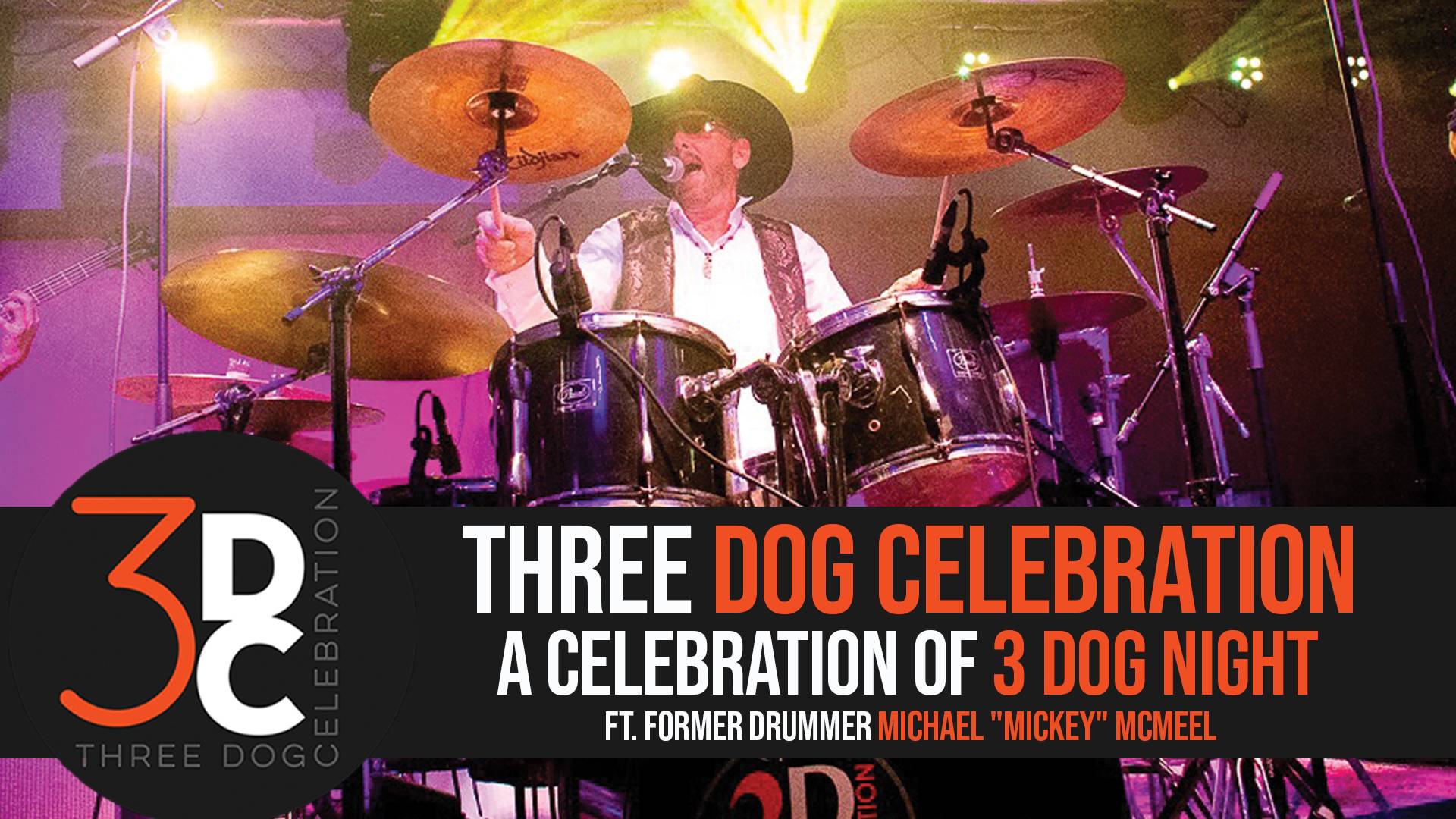 Three Dog Celebration is the creation of Michael "Mickey" McMeel former drummer of Three Dog Night. 3DC represents all the fun, memories and excitement that swept us up during those wonderful times in the 1970's. So put on those bellbottom pants, platform shoes and take a trip with us down memory lane and CELEBRATE one of the most dynamic and sought after groups in the world - THREE DOG NIGHT

Arguably one of the biggest bands in the world during their prime, Three Dog
Night scored a succession of 21 hit singles, including eleven Top Ten hits, and
twelve consecutive gold albums from 1969 to 1975. The band charted three
number one hits: “Mama Told Me Not to Come”, “Joy to the World” and “Black
and White”, as well as many classic rock radio staples, including: “One”, “Eli’s
Coming”, “An Old Fashioned Love Song”, and “Liar”, among others.

Featuring a catalog of songs many know by heart, Celebrate, will have many
fans doing just that – celebrating – good times, old memories, and great live
music.