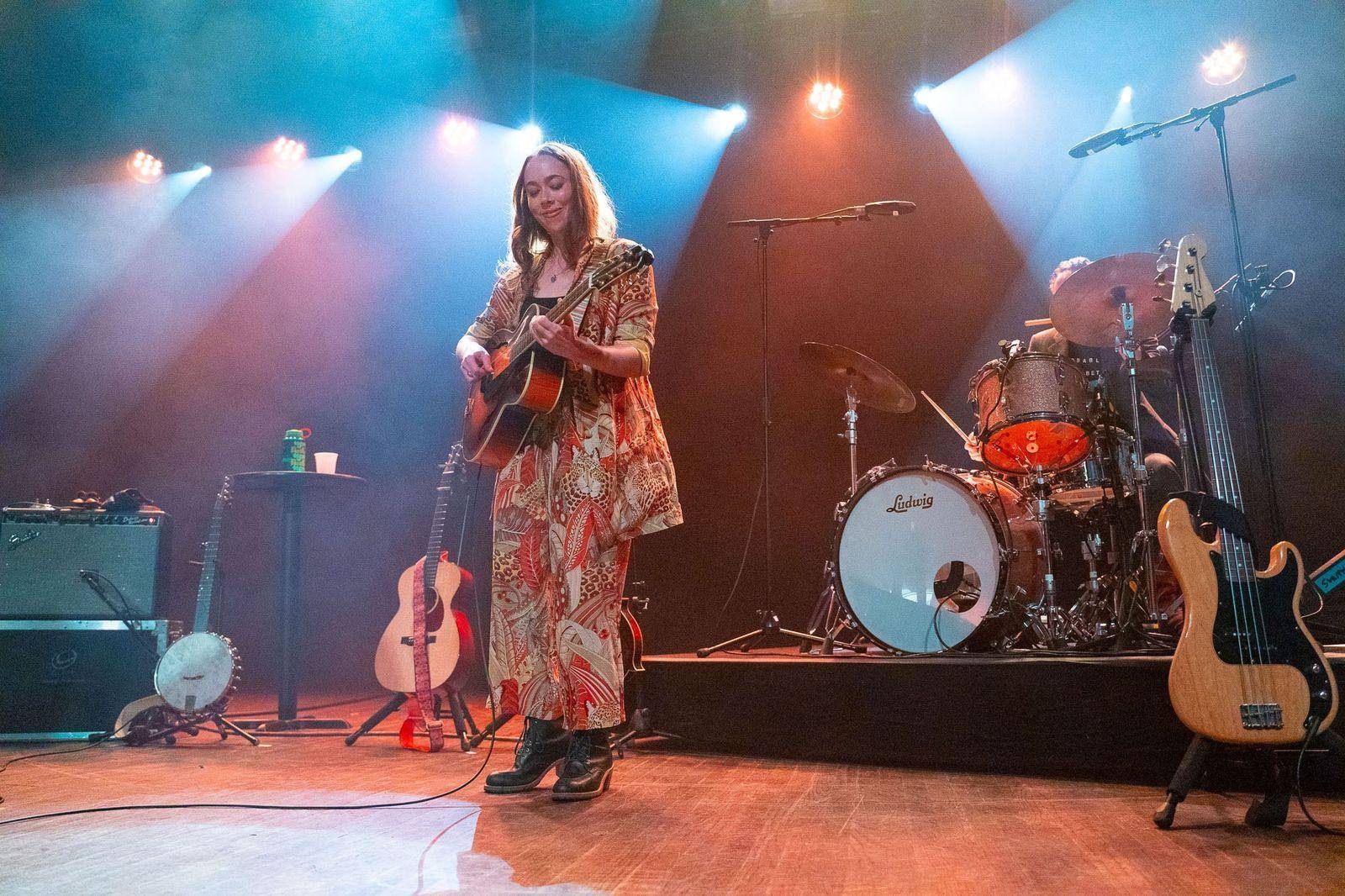 Specifically at the request of the artist, the following health and safety requirements have been implemented for all attendees at this show: Sarah Jarosz

- fully vaccinated patrons may provide proof of vaccination by showing your vaccination card (at least 2 weeks after final dose), instead of negative test results.

We understand the challenges the virus has caused for all of us and truly appreciate your understanding. Like you, we look forward to the day when we are back to conducting business as usual.

Sarah Jarosz
​With her captivating voice and richly detailed songwriting, Sarah Jarosz has emerged as one of the most compelling musicians of her generation. A four-time Grammy Award-winner at the age of 30, the Texas native started singing as a young girl and became an accomplished multi-instrumentalist by her early teens. After releasing her full-length debut Song Up in Her Head at 18-years-old, she went on to deliver such critically lauded albums as Follow Me Down, Build Me Up From Bones, and 2016’s Undercurrent, in addition to joining forces with Sara Watkins and Aoife O’Donovan to form the acclaimed Grammy winning folk trio I’m With Her.
In the making of her new album World On the Ground, the New York City-based artist collaborated with producer/songwriter John Leventhal: a five-time Grammy Award-winner known for his work with Elvis Costello, Shawn Colvin, and his wife Rosanne Cash. Working almost entirely on their own, the two musicians crafted a subtle tapestry of sound perfectly suited to Jarosz’s lyrical storytelling. In a departure from the nuanced introspection of her previous work, World On the Ground unfolds as a finely wrought collection of stories from her hometown of Wimberley, Texas (population:2,626), presenting a series of character sketches nearly novelistic in emotional scope.As she inhabits characters both real and imagined—exploring the tension and inertia of small-town living, the desire for escape and the ease of staying put—Jarosz reveals her remarkable gift for slipping into the inner lives of others and patiently uncovering so much indelible insight.
Taylor Ashton

Growing up in Vancouver, BC with his father, Taylor Ashton was always playing with words.  “My dad and his friends loved making up little jokes and verses, and they always encouraged me to write.  I think my dad was surprised that he had made this little person who was now making things of his own, and his encouragement made me believe I was some kind of poetic genius,” laughs Ashton.

While his childhood poems may have left something to be desired, Ashton’s debut solo album The Romantic, which came out in 2020 on Signature Sounds Recordings, thrilled fans with its satisfyingly clever, yet confessional and intimate songwriting.  Ashton primarily accompanies himself on the banjo, and the production on The Romantic is full and lush, and easily at home in the folk-pop world.  On his new EP Romanticize, however, the Brooklyn based musician presents re-imaginings of  songs from his solo debut, with everything from orchestral inspired string arrangements, to club dance beats and stripped down solo performances, giving us a window into the many avenues of his creativity, and the potential of his songs to transcend the boundaries of genre.

Ashton spent most of late teens and 20s as the frontman of Vancouver-based five-piece Fish & Bird, releasing four albums of heady progressive folk and gracing stages like the Winnipeg Folk fest, the Vancouver Folk Fest, and Glasgow's Celtic Connections festival.  But as a Canadian, he felt somewhat trapped by geographical borders.  “There is an insane amount of talent in Canada, but I was really excited about all the music happening in the states, and I was frustrated not to be participating”, he explains.  After saving up money and going through the complicated Visa process, he made the move to New York City five years ago. “New York was everything I hoped it would be. I was going to mind-blowing shows every night, and meeting all kinds of people who were on missions to make cool music”. One of those people was Grammy-nominated songwriter and guitarist Courtney Hartman, with whom he released a 2018 duo album Been On Your Side. The album is an acoustic, stripped-down affair, which Rolling Stone had to admit, "packs a punch in today's mainstream".

The various collaborative production experiments on Ashton’s new EP Romanticize pay homage to his desire to constantly push boundaries musically and find new possibilities for his songs, as well as referencing some of the older musical chapters in his musical journey.  For example, the remix of “Nicole” by Pittsburgh based artist LiteShado finds Ashton’s vocals completely at home in a lo-fi hip-hop context, as his banjo rolls against crunchy  synth pads and electronic drum tracks.  Yet his new version of “F.L.Y.”, which is stripped down to just vocals and banjo, hearkens back more to his intimate duo project with Hartman. Nonetheless, the two tracks live comfortably side by side, revealing the vast and varied, and yet intrinsically connected potential of Ashton’s music.

Additionally, the EP contains two new songs, “Skeletons by the Sea”, and “Alex”, both of which feature vocals from his wife, Rachael Price, best known as the front woman for Lake Street Dive.  “Singing and playing with Rachael has been one of the strange blessings of this pandemic,” says Ashton.  “I feel like both of our musical worlds are complete without one another, but since we’ve been stuck at home we’ve been enjoying the opportunity to collaborate and sing together.”

Collaboration is a running theme for the new EP, on which Ashton sent his songs to remix artists Thom Gill, mmeadows, and LiteShado, as well as string arranger Kat McLevey to see what possibilities they might imagine for them.  “It was really inspiring to send these tracks out and say ‘what does this make you think of?’” he explains. “It can change the way you see your own songs, because they can mean something completely different to somebody else’s ears”.

It is a testament to both Ashton’s songwriting and his vocal abilities that his initial recordings can live many different lives, and Romanticize demonstrates this wholly and without argument.  “From a songwriting perspective, I’m only trying to write something that sounds like me” he says, “but in my mind I’m often hearing a song in a lot of different contexts.  Maybe it’s a disco song, maybe it’s a country waltz.  This EP is a chance for these songs to live in different spaces, and see what happens”.