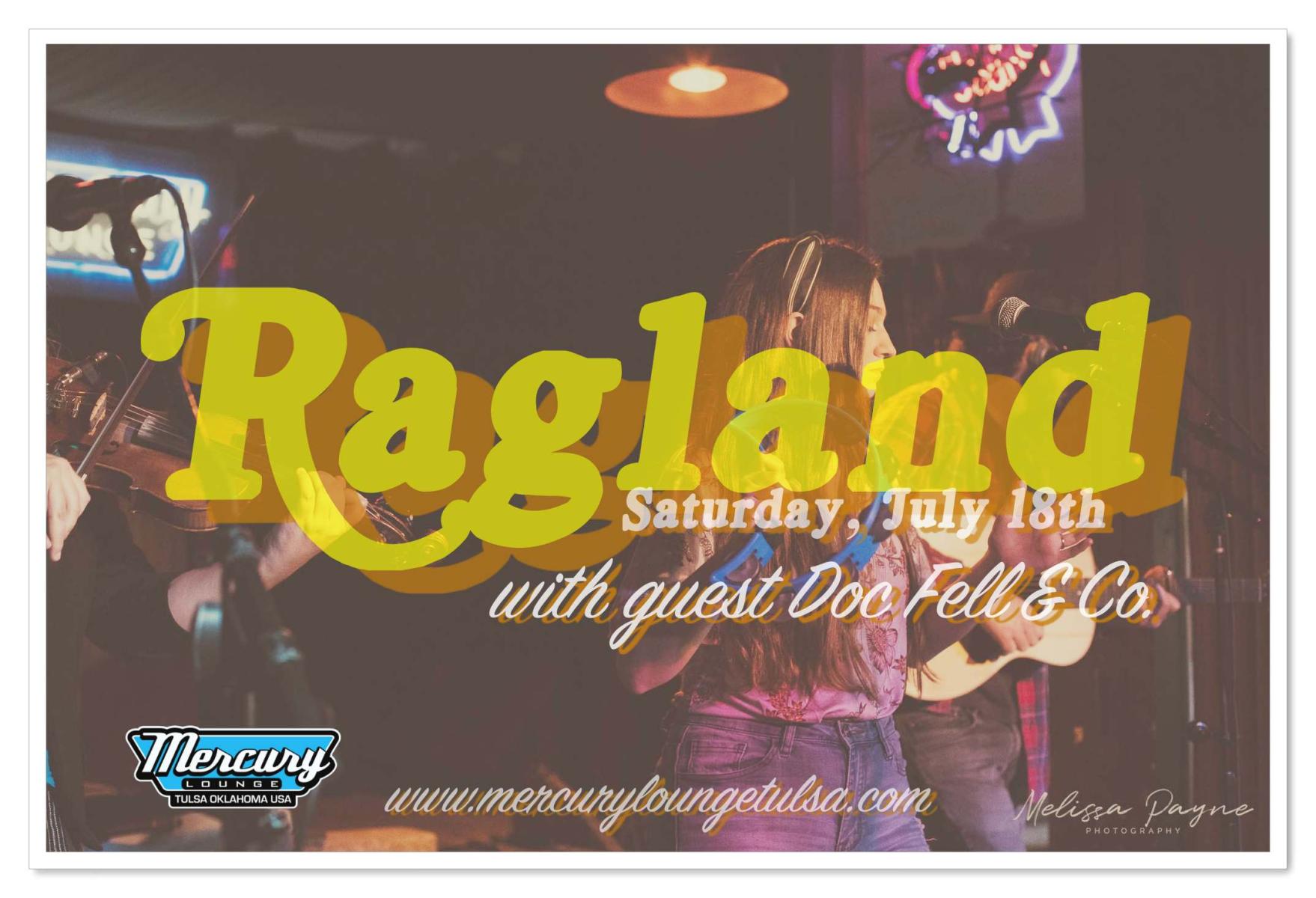 Ragland was formed when Autumn Ragland and Sam Cox decided to combine their solo acts shortly after they married in May of 2015. They both grew up in small towns in northeastern Oklahoma and met while singing in their school choir in Pryor, OK.

Ragland released their debut album in early 2016 titled “Just So You Know”. This album is no longer available online, but the single from that album called “Grey as Grey Can Get” can still be found on all streaming services. Since releasing their first project, the band has put out two more that are also available everywhere. One EP called “Wimberley” in 2017, and another EP titled “Murphy’s Law” in 2018. Both were recorded in Wimberley, TX  and produced by Dave Percefull and Adam Odor at Yellow Dog Studios.

Since they began playing together, Ragland has played over 1000 shows. They currently live in Tahlequah, OK and continue to tour as full time musicians as a trio with their fiddle player Lauren Lee.

Autumn and Sam’s influences for their music come from their experiences and the people around them. They are inspired by all genres of music.

On Valentines Day of 2020, Ragland released their 4th record “More Like A Melody", produced by Mike McClure and themselves. It consists of 20 tracks and introduces what is truly the sound of Ragland.