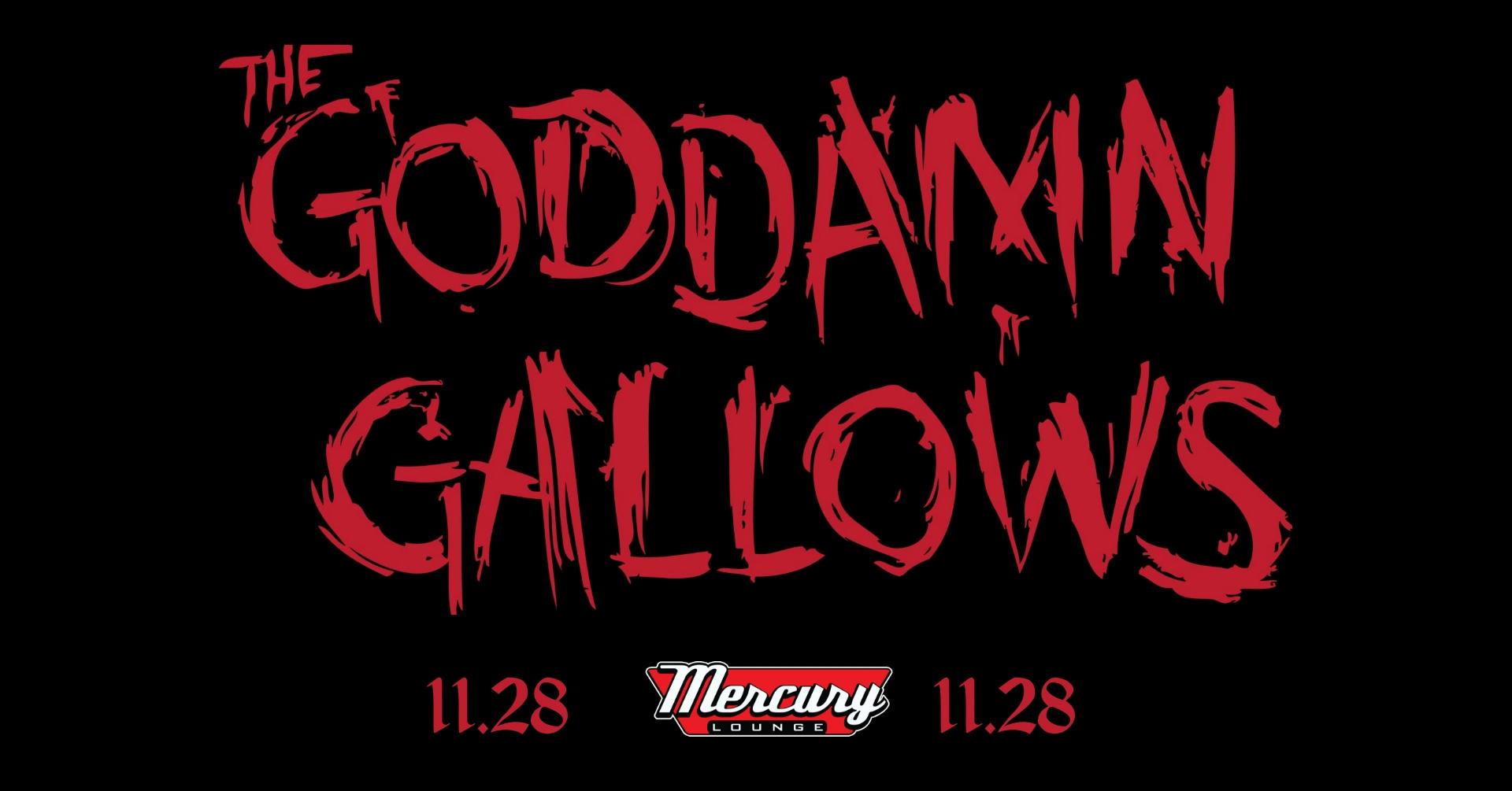 In 2004 The Goddamn Gallows began their rough and tumble voyage
and haven't looked in the review mirror since. Leaving six studio
albums in their path, they have been reinventing their music with
every record. Spit from the heart of America's Rust Belt, arising from a
night of flophouse violence. Drifting across the states, they cemented
their sound in Portland, OR and later in Los Angeles, CA, where they
lived in abandoned buildings, squatter camps, storage units and
shoebox apartments. In 2007, they left everything behind and spent
the next four years living out of whatever vehicle would get them to
the next town. Building upon their original sound of twanged-out,
punk rock "gutterbilly" (Life of Sin 2004 and Gutterbillyblues 2007),
they began picking up stray musicians along the way and adding to
their sound; washboard, accordion, mandolin and banjo (Ghost of th’
Rails 2009 and 7 Devils 2011) creating a sound referred to as
"hobocore", "gypsy-punk" or "americana-punk", while never being
stuck in any one sound. Enter 2018 and The Goddamn Gallows have
reinvented themselves once again with The Trial. From rockabilly,
psychobilly and punk rock, to bluegrass and metal, The Trial infuses
disparate sounds into a new strange recipe of seamless genre bending
profundities. Chock full of impromptu antics of the shocking variety
and hauntingly eclectic instrumentation, The Goddamn Gallows have
made legions of fans with their legendary, live shows. The Goddamn
Gallows, takes their progression of mixing punk rock, bluegrass,
psychobilly, and metal to a whole new level! The Goddamn Gallows
have now partnered with Sailor's Grave Records to help deliver the
next chapter of their legacy to the world. The Trial begins now.