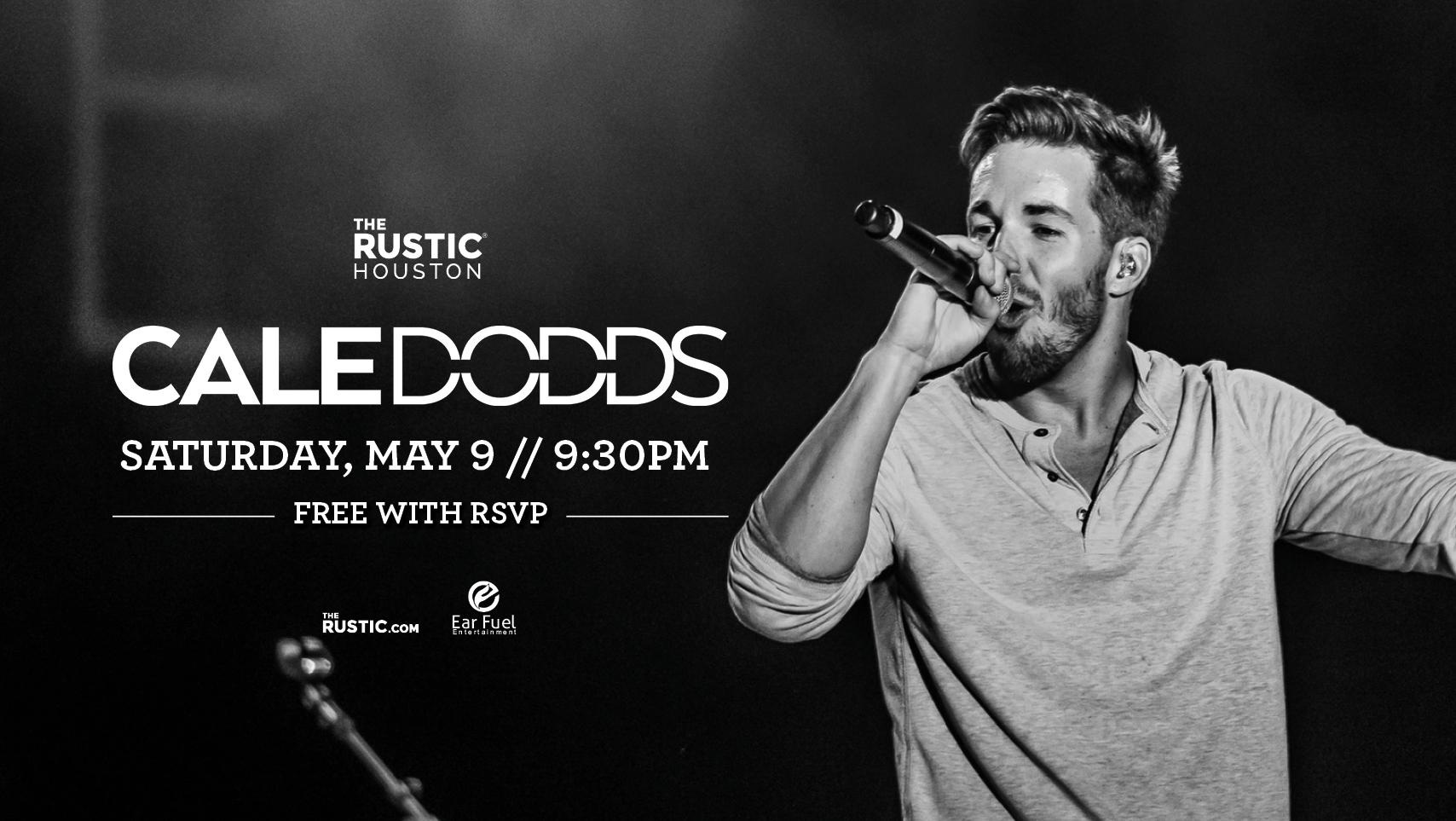 Join us for an evening with Cale Dodds!

***This event is free with RSVP. The venue consists of a combination of seated dining as well standing room. Please note, that a regular RSVP does not guarantee a seat. Seating will be subject to availability, on a first come first served basis. Blankets are welcome!***

About Cale Dodds:
After making the move from Columbus, GA to Nashville, TN to pursue a career in music at the age of 22, Cale Dodds independently released his first EP titled “Wild & Wreckless” (2014). A year later, Dodds received a cut from A Thousand Horses for his song “Drunk Dial” which reached number 23 on Billboard’s Country Airplay Chart. Shortly after this achievement, in 2016, Dodds released his second project, “People Watching - EP” and was signed to Warner Music Nashville to continue his rise as an artist and songwriter. Since then, Dodds has released three “doubles” -- two sided singles -- with the third including “Take You Back,” his debut radio single. Prior to hitting the airwaves, Dodds had already received critical acclaim from some of the top media outlets. Rolling Stone named Cale Dodds one of their November 2017 "New Country Artists You Need To Know," while CMT Listen Up revealed him as one of their "18 for 2018" class members -- a year-long campaign that spotlights "country music's most promising newcomers." In March 2019, Cale released his current single, "I Like Where This Is Going." Today, Dodds has over 36 million on-demand streams in the US.

Fans can check out Cale’s upcoming tour dates on caledodds.com and can hear Cale’s music, described by him as a rooted in Country, Classic Rock, and Pop, on streaming services today.

TIPS for the show:
-- ARRIVE EARLY: This event is a combination of standing room and limited seating. Please note for all RSVP’s: all seating is first come, first served and based on availability.
-- RAIN OR SHINE
-- TICKETING QUESTIONS? Contact PreKindle Online Ticketing at www.prekindle.com.
-- RIDE SHARING is strongly suggested!
-- PARKING: Parking is available at the Discovery Green lot (1500 McKinney) – first 3 hours is complimentary with validation from The Rustic. There is also limited $10 valet parking available at The Rustic.
-- ALL AGES are welcome!