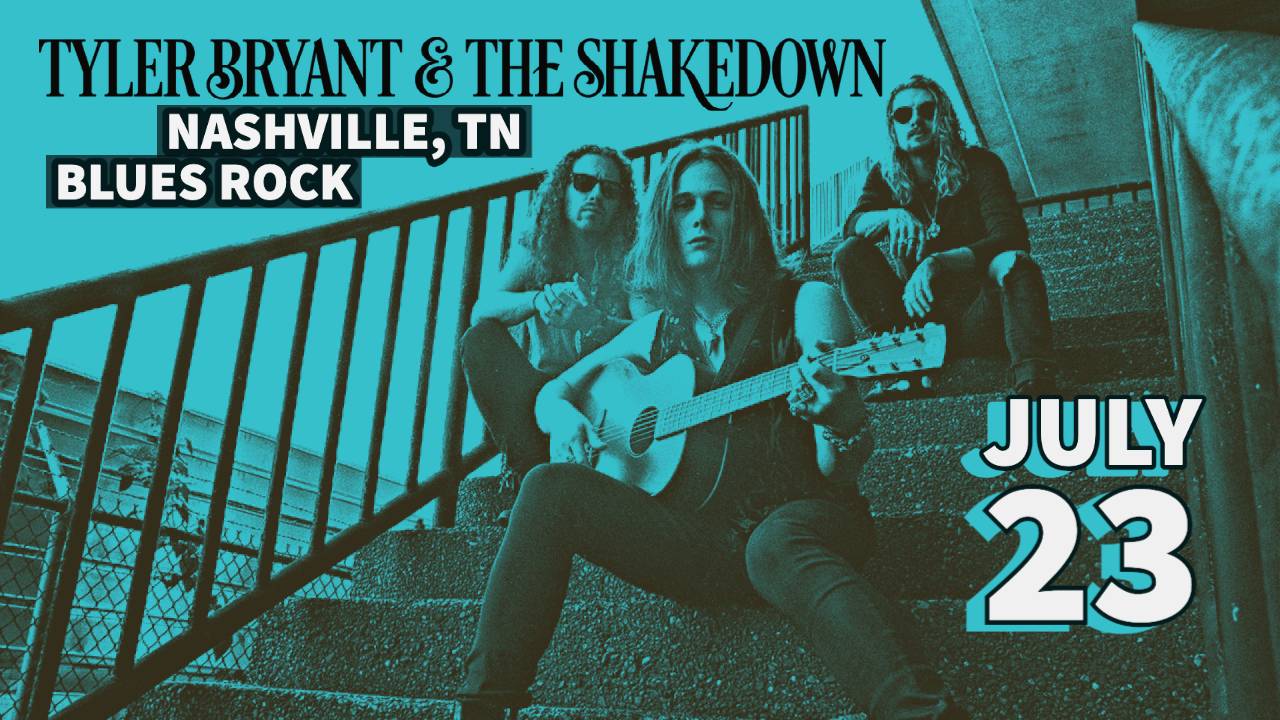 There’s something Tyler Bryant & The Shakedown learned from the huge shows they’ve played supporting the likes of AC/DC and Guns N’ Roses over the past few years. It’s what guitar prodigy Bryant calls “the cannonball approach”...

“I’m gonna run out like a bullet from a gun and let everyone know I’m here to give ’em all I’ve got,” he says.

And that’s precisely what The Shakedown do on their incendiary third album. ‘Truth and Lies’ is a taut and thrilling record, exploring Bryant’s blues heritage (‘Ride’), blistering heavy rock (‘Shock and Awe’), heartfelt balladry (‘Out There’), southern roots (‘Trouble’), love of the 90’s rock and roll movement (‘Eye to Eye’) and more...

“For me, there are a few different elements of The Shakedown,” Bryant says. “There's the energetic, raw, jump-out-of-your-skin live version of us. Every night when we run on stage I get such an adrenaline rush that I feel like my heart and soul are going to come busting out of my skin. That version appears in rock songs, like ‘DriveMe Mad’, from the new album.

"And then there's this other side, which is a little more sensitive, a little more insecure and hopeful, and you see that in songs like‘Shape I'm In’, another new one.”

The urgency of ‘Truth and Lies’ comes partly from the speed of its recording...

After demoing 55 songs in Bryant’s home studio in Nashville, The Shakedown decamped to Studio G in Williamsburg, NY, earlier this year, where they laid down the 13 numbers that make up the record–mostly live, with a few overdubs–in just over two weeks. They worked quickly, with six time Grammy nominated producer Joel Hamilton (The Black Keys, Highly Suspect, Tom Waits), because they wanted the album to sound raw and visceral, not careful and labored.

They’ve done that, but without sacrificing skill and nuance: it’s a brilliant rock ‘n’ roll record that allows the ghosts of the past into the grooves whilst living firmly in the present.

Although it’s Bryant’s name on the marquee, The Shakedown is very much a band. Drummer Caleb Crosby has been with Bryant since the latter moved from Texas to Nashville to start a group when he was17. Bassist Noah Denney and guitarist Graham Whitford make up the quartet, bringing fire and skill to the music. You can hear their fine-tuned understanding in the way ‘Truth and Lies’ grooves and rolls.

Maybe the clearest testimony to the power of Tyler Bryant & TheShakedown comes in the form of a tweet Bryant saw earlier this year.

A fan had tagged the band on a message noting their many fans amongst the most illustrious names in rock ‘n’ roll.“He said: ‘If Jeff Beck and AC/DC and Guns N' Roses and ZZ Top and Chris Cornell like Tyler Bryant & The Shakedown, so should you’.” Bryant pauses. “And I thought: ‘You make a damn good case, kid’.”