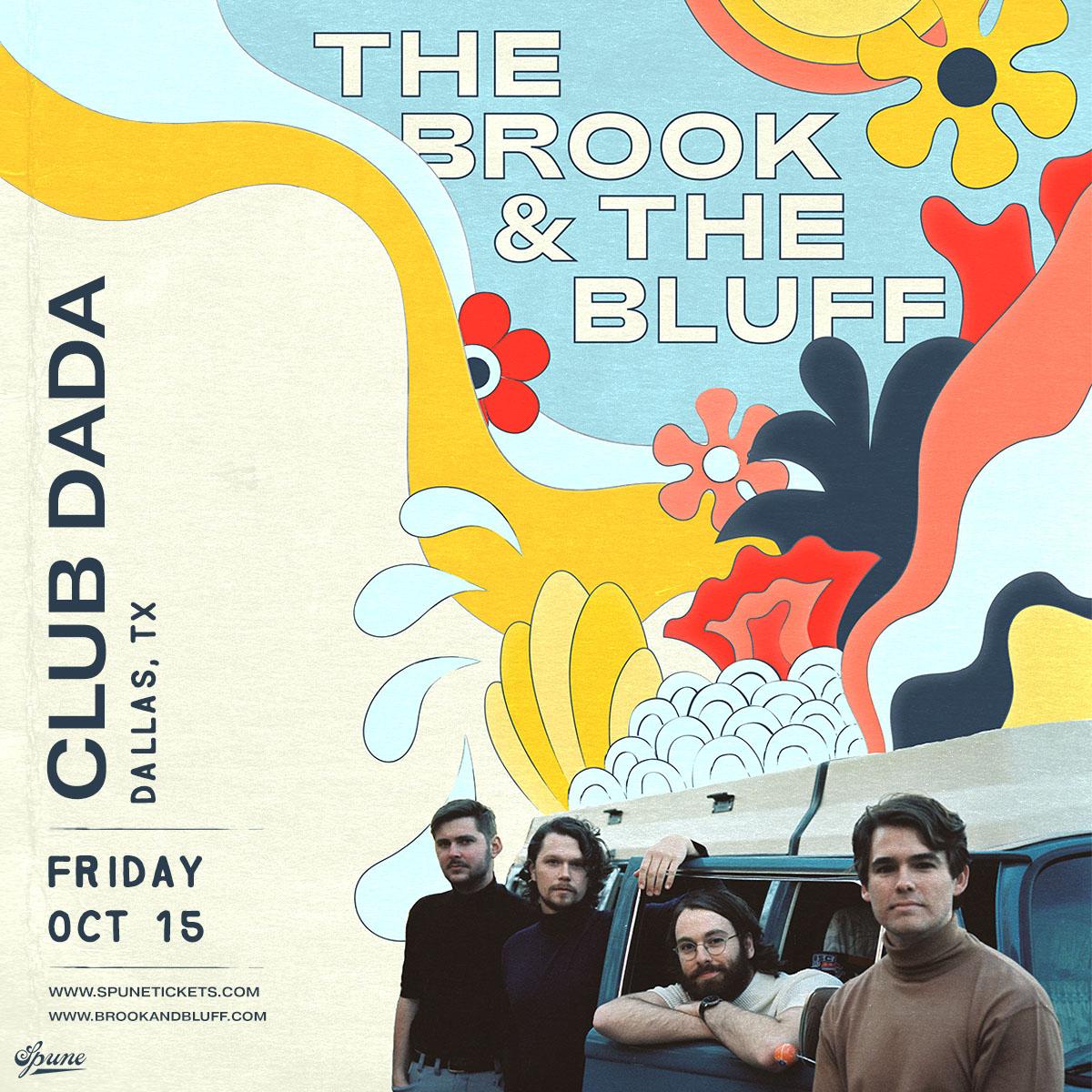 The Brook & The Bluff [www.brookandbluff.com]

The Brook & The Bluff | Club Dada

About The Brook & The Bluff:

The Brook & The Bluff is a four-piece band with four-part harmonies based in Nashville, TN. Originally from Birmingham, AL, their name is derived from the pockets of Birmingham where they grew up — Bluff Park for frontman Joseph Settine, and Mountain Brook for bassist Fred Lankford, drummer John Canada and guitarist Alec Bolton.

The band built a successful foundation touring, growing from bars in the southeast to headlining sold out rooms in major markets across the country.

The Brook & The Bluff recently celebrated the release of Yard Sale (Side A) on April 23rd, 2021 featuring four brand new songs from the band. This release is the first half of their full length record due out in Summer of 2021 produced by Micah Tawlks (Liza Anne, Coin) and released through Mick Music.