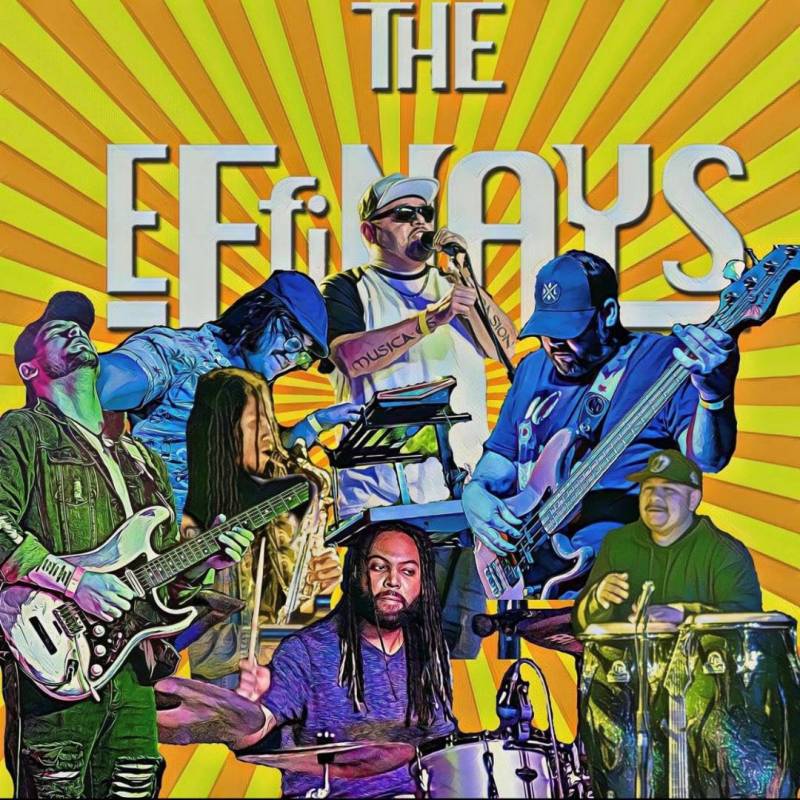 The Effinays is a funk/rock/reggae band from Dallas, TX. The band formed in 2007 and originally performed as an instrumental unit throughout the Dallas/Ft. Worth area. In 2011, the band revamped the entire line up, except for one of the founding members and morphed in to the comedic, old school funk, classic rock, reggae with flashes of Latin grooves band that one could clearly sense that they enjoy what they do. The band has performed alongside Grammy Award winning artist and other notable artist such as Snoop Dogg (Lion), Grupo Fantasma and Ozomatli, War, The Black Crowes , B-Side players, Nappy Roots, Arrested Development, Cas Haley and many other artist.  Each member of The Effinays hails from different musical upbringings that they blend together effortlessly as one unit,