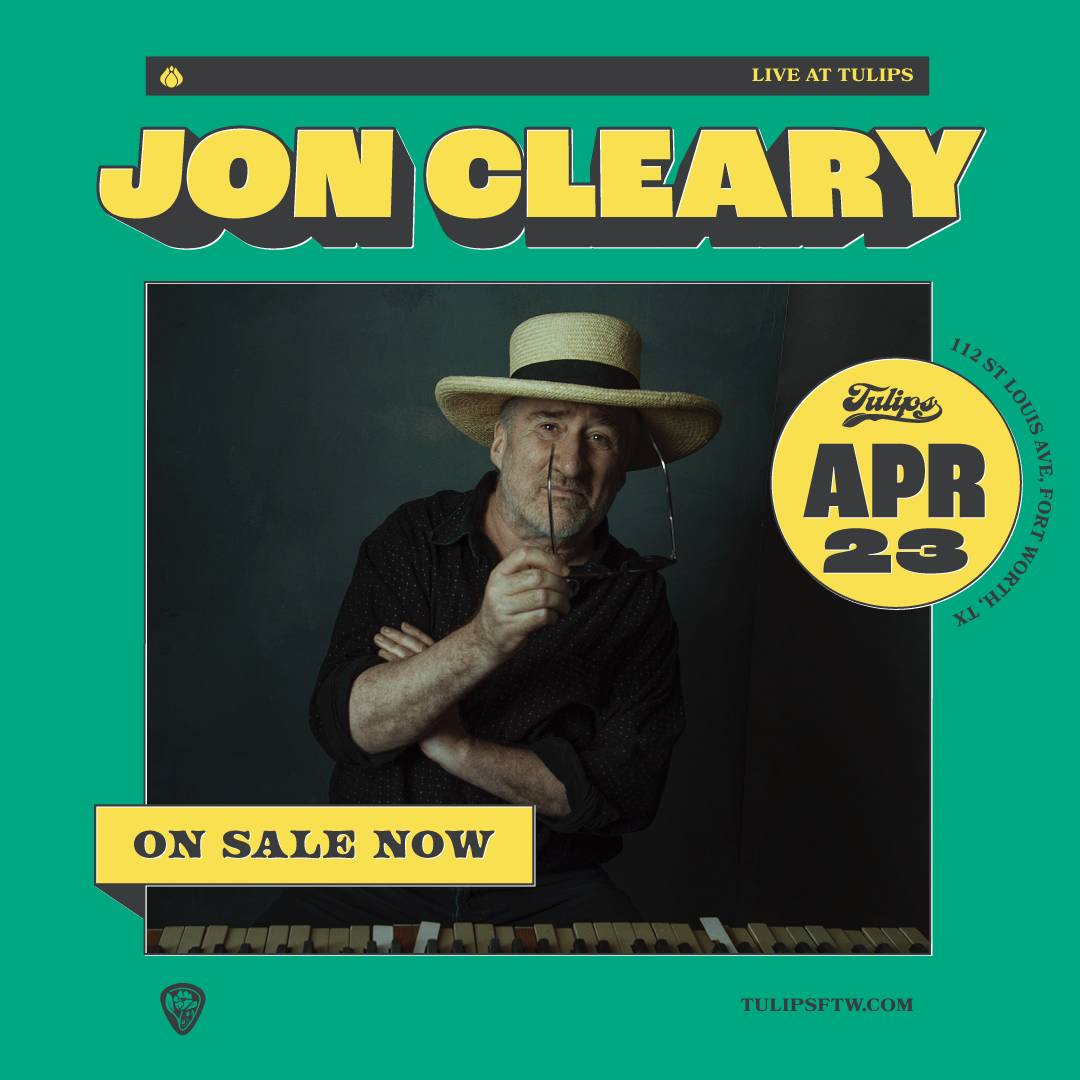 Jon Cleary’s love and affinity for New Orleans music goes back to the rural British village of Cranbrook, Kent, where he was raised in a musical family.  Cleary’s maternal grandparents performed in London in the 1940s, under the respective stage names Sweet Dolly Daydream and Frank Neville, The Little Fellow With The Educated Feet  – she as a singer, and he as a crooner and tap dancer.

As a teen Cleary grew increasingly interested in funk-infused music and discovered that three such songs that he particularly admired – LaBelle’s “Lady Marmalade,” Robert Palmer’s version of “Sneakin’ Sally Through the Alley,” and Frankie Miller’s rendition of “Brickyard Blues”  – were attributed to Allen Toussaint as either the songwriter, the producer, or both. Cleary’s knowledge of Toussaint’s work expanded significantly when his uncle returned home to the U.K., after a two-year sojourn in New Orleans, with a copy of a Toussaint LP and two suitcases full of New Orleans R&B 45s.

In 1981 Cleary flew to New Orleans for an initial pilgrimage and took a cab straight from the airport to the Maple Leaf Bar, a storied venue which then featured such great blues-rooted eclectic pianists as Roosevelt Sykes and James Booker.  Cleary first worked at the Maple Leaf as a painter, but soon graduated to playing piano there – even though his first instrument was the guitar, which he still plays and has recently reintroduced into his live performances.

Today, Cleary’s work pays obvious homage to the classic Crescent City keyboard repertoire created by such icons as Jelly Roll Morton, Fats Domino, Professor Longhair, Art Neville, Dr. John, and James Booker – while also using it as a launching pad for a style that incorporates such other diverse influences as ’70s soul and R&B, gospel music, funk, Afro-Caribbean and Afro-Cuban rhythms, and much more.

Deciding to stay in New Orleans, Cleary recorded his first album of nine, to date, in 1989.  His ever-elevating profile led to global touring work in the bands of Taj Mahal, John Scofield, Dr. John, and Bonnie Raitt.  Cleary has led his own group, the Absolute Monster Gentlemen, for over two decades now, but he still collaborates frequently with these old friends.  At the 2018 New Orleans Jazz & Heritage Festival, for instance, Cleary performed alongside Raitt in a heartfelt tribute to Fats Domino.

Dyna-Mite was recorded in several studios around New Orleans, including Cleary’s in-home facility, with accompaniment by a host of the Crescent City’s A-list musicians.  These ace co-conspirators include the Lettuce Horns, guitarists Leo Nocentelli (formerly of The Meters) and Shane Theriot, the rhythm sections of drummers Jamison Ross and A.J. Hall, bassists Calvin Turner and Cornell Williams, and the multi-instrumentalist and songwriting partner-in-crime Nigel Hall, among many others.

“There’s such a great pool of talent in New Orleans,” Cleary comments. “And it’s a real pleasure to work with such a wide variety of the local characters.  I’ve been so lucky to have played with so many great New Orleans rhythm sections over the years. And I love recording with Nigel; he’s an inspiring creative accomplice.”

“Hit, Git, Quit, Split,” by contrast, is a joyous interlude of classic New Orleans wordplay and double-talk, as exemplified by such gems of skewed Crescent City logic as “Take your time, we ain’t got all night!”.  “We were having so much fun with that song in the studio,” Cleary recalls, “that it went on for about 20 minutes, so we had to trim it a bit to fit here on the finished album.”

“Big Greasy” incorporates a New Orleans sensibility with the related Afro-Caribbean sounds of Jamaica  – “a hybrid,” Cleary explains, “of putting Crescent City funk and reggae through a blender.”

Cleary originally wrote “Frenchmen Street Blues” to be played at a friend’s funeral, and it was recorded again for use in the popular HBO television drama Treme.  In reprising it here on Dyna-Mite, Cleary utilized an approach to songwriting in which compositions may be worked and reworked for years.  “I have bits and pieces of songs on cassettes, hard drives, and scraps of paper.  I love to keep tinkering with them, sometimes for years, until eventually I feel that they are finished and ready to record.”  Dyna-Mite closes out, appropriately, with “All Good Things.”

Cleary is eager for his legions of fans to hear Dyna-Mite. “Dig this latest from my Big and Greasy, high-class symphony swamp orchestra,” he says with great exuberance.  (Admirers of Cleary’s flair for verbiage are highly encouraged to read his lengthy and hilarious Facebook posts, which suggest a magical merger of Jack Kerouac and P.G. Wodehouse.)  “A killer combination,” Cleary continues, “of horn howlers and snare snappers, bass bangers and guitar grinders. 21st-century gypsies, pickin’ up the gettin’ down from the old cats in the saloons, studios, and street parades of New Orleans.

“This particular party,” Cleary concludes, “has been a movable feast, recorded in between the gigs and tours that pay the bills and keep us out of the wrong sort of mischief (some of the time, at least.) Thank you, fans and music lovers, for being patient while we took the time to get it right. This will keep the fire burning ’til we next bring our funky Dyna-Mite to your town. Turn it up LOUD, and press play to detonate!”