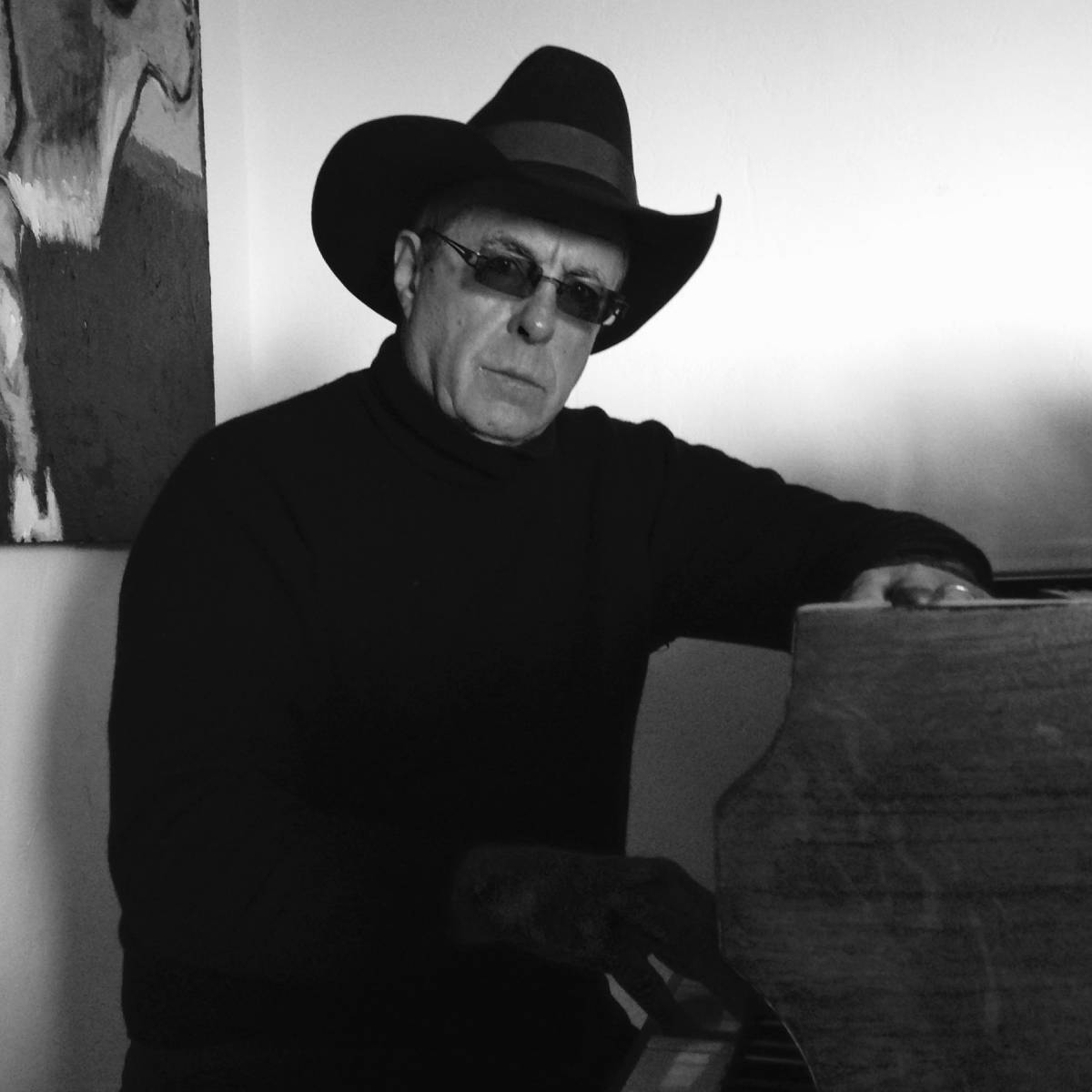 An evening with Tom Russell

Tom Russell is an award-winning American songwriter, painter, storyteller, journalist, and author possessed of a keen eye and a robust, grainy baritone voice. Having released more than three dozen albums on a variety of labels, he is regarded by peers and fans alike as part of an American cultural and literary lineage that extends from the golden era of cowboy and folk traditions to the romantic yet hard-bitten Americana of Woody Guthrie, Bob Dylan, from Townes Van Zandt to the poetry and prose of writers such as Raymond Chandler, William Faulkner, Charles Bukowski, and the Beat Generation. Russell has spent decades rambling across the United States and Europe. His songs have been recorded by musical legends including Johnny Cash, Doug Sahm, Nanci Griffith, k.d. lang, Ramblin’ Jack Elliott, Iris DeMent, Dave Van Ronk, Joe Ely, Tom Paxton, and Ian Tyson. Between the mid-'80s and mid-'90s, he released five sought-after albums for Philo/Rounder including Road to Bayamon and Hurricane Season. Russell began painting in 2003 to illustrate his record covers but his work has come to adorn the walls of galleries, hotels, and music venues across the globe. He issued another half-dozen albums on Hightone that culminated in the globally celebrated Love & Fear in 2006. In 2007, he made one of his five appearances on Late Night with David Letterman, where he debuted the controversial song "Who’s Gonna Build Your Wall?" which has since gone viral. His later albums, from 2009's Blood and Candle Smoke and his 2015 frontier musical The Rose of Roscrae to 2017's Folk Hotel illustrate his ambitious vision.

He was born in Los Angeles in 1950 and raised on the cowboy music of the American West. In college he studied criminology and sociology, and in 1969, he spent a year teaching in Nigeria during the Biafran War. He lived in Spain and Norway, and played music at a circus in Puerto Rico. He began his musical career in the early '70s in Vancouver, British Columbia, playing strip bars along Skid Row, then relocated to Texas and formed a band with singer-pianist Patricia Hardin. His first two albums -- Ring of Bone and Wax Museum -- were duo outings. After the pair split in 1979, Russell issued the acclaimed Heart on a Sleeve in 1984, that also featured the talents of Shawn Colvin and steel guitarist Buddy Cage. He signed a U.S deal with Rounder/Philo in 1987 that resulted in a half-dozen now classic, and sought-after albums that began with 1987's Road to Bayamon and extended through 1989's Poor Man's Dream, 1991's Cowboy Real, Hurricane Season, and 1993's Box of Visions. These recordings, along with his myriad travels, cemented Russell's reputation as other artists began to regularly cover his work. He released two acclaimed recordings with Barrence Whitfield during the decade as well: Hillbilly Voodoo and Cowboy Mambo. He moved over to Hightone for 1995's The Rose of the San Joaquin and 1997's Song of the West. He also sang on recordings by Ramblin' Jack Elliott, Nanci Griffith, and Katy Moffatt.

In 1999, Russell found another gear with his first concept record, Man from God Knows Where. Eight years in the making, the set presented a song cycle inspired not only by America's pioneers, but by Russell's own immigrant ancestors. Borderland, a set inspired by Russell's newfound home in the Juarez border region of Texas, followed in 2001. Modern Art appeared in April 2003 and Hotwalker -- a conceptual work inspired by Russell's encounters with author Charles Bukowski -- followed in 2005. A year later, Russell released what is arguably a classic in Love and Fear, an album focusing on what he called "the ragged outback of love" tracing his own history of such relationships. Wounded Heart of America, a compilation of Russell classics performed by everyone from Johnny Cash and Iris DeMent to Russell himself, arrived in 2007. In 2009, he re-emerged on Shout Factory with Blood and Candle Smoke, recorded at Tucson's Wave Audio with owner Craig Schumacher co-producing. Players included songwriter Gretchen Peters on backing and duet vocals, and members of Calexico, among others. Following the critical and commercial success of the album, Russell toured relentlessly. Included in his road escapades was a train tour with songwriters Dave Alvin, Steve Young, and Thad Beckman. Russell went to work on another album in 2010; he recorded in studios in Texas, Los Angeles, Tucson, and Nashville with co-producer Barry Walsh. The end result, Mesabi, once more included appearances by Calexico, as well as Van Dyke Parks, Viktor Krauss, Will Kimbrough, and Gretchen Peters. The album was advanced by a pre-release download single: a striking cover of Bob Dylan's "A Hard Rain's Gonna Fall" featuring Lucinda Williams and Calexico. (The album's final cut, "Road to Nowhere," was used as the title cut for director Monte Hellman's film of the same name.)

Russell spent the next couple of years painting and touring -- often on trains with other artists including Case and Alvin. His next offering was the iconoclastic Aztec Jazz in 2013 with the Norwegian Wind Ensemble. It was followed by the unprecedented Rose of Roscrae -- "the first frontier musical written in the West, by a westerner." The set included 25 new songs and traditional numbers, performed not only by Russell but an extended cast that included Jimmie Dale Gilmore, Joe Ely, John Trudell, Gretchen Peters, Tex Ritter, and a dozen more. It was released in April of 2015. Russell paid homage to another of his favorite acts, the iconic Canadian folk duo Ian & Sylvia, with his 2017 album Play One More: The Songs of Ian & Sylvia. The album featured Russell's interpretations of their classic tunes, as well as two rare studio demos from the duo. The following year, he released Old Songs Yet to Sing, a collection of his own classics re-recorded in a warm, acoustic setting featuring guitarist and long-time collaborator Andrew Hardin. In 2019, Russell issued October in the Railroad Earth, titled after an iconic prose piece by Jack Kerouac. The album comprised nine Russell tunes, including "When the Road Gets Rough," penned with his wife Nadine, and the title cut for the Irish independent film Small Engine Repair. It also included a cover of "Wreck of the Old '97." Russell's backing band for the date included lead guitarist Bill Kirchen, Eliza Gilkyson, and Los Texmaniacs. Russell described the songs and sound as "Jack Kerouac meets Johnny Cash...in Bakersfield."