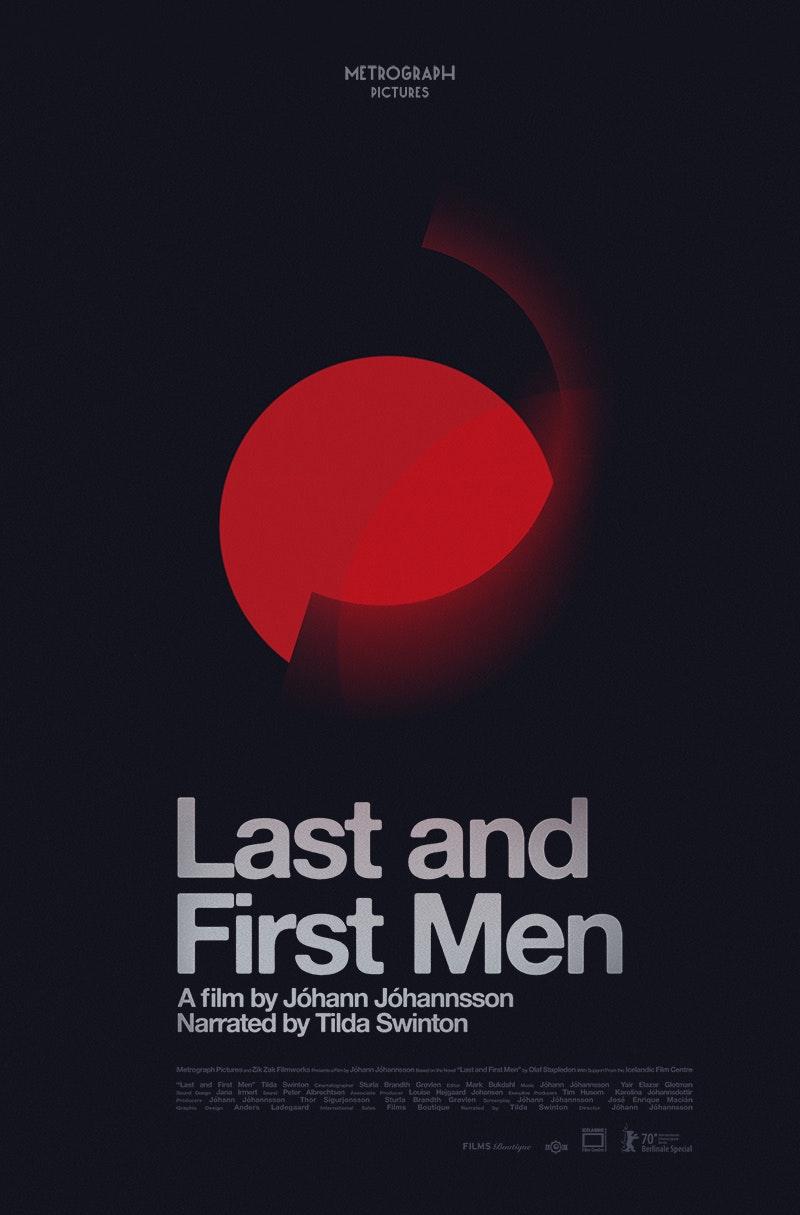 Two billion years in the future, humanity finds itself on the verge of extinction. Almost all that remains are lone, surreal monuments—the futuristic, solemn, Brutalist stone slabs erected during the communist era in the former Yugoslav republics, arrestingly photographed in luminous 16mm black-and-white. A stunning feature debut and final cinematic testament from the late composer and musician Jóhann Jóhannsson (Sicario, Arrival, Mandy) conjures a world of surreal and phantasmagorical monuments, once intended as symbols of unity and brotherhood, now abandoned beacons beaming their message into the wilderness. Based on the cult 1930 science fiction novel by British author Olaf Stapledon, with narration by Tilda Swinton, Last and First Men is a poetic, hopeful, and tragic work: an allegory of remembrance, ideals, and the death of Utopia.