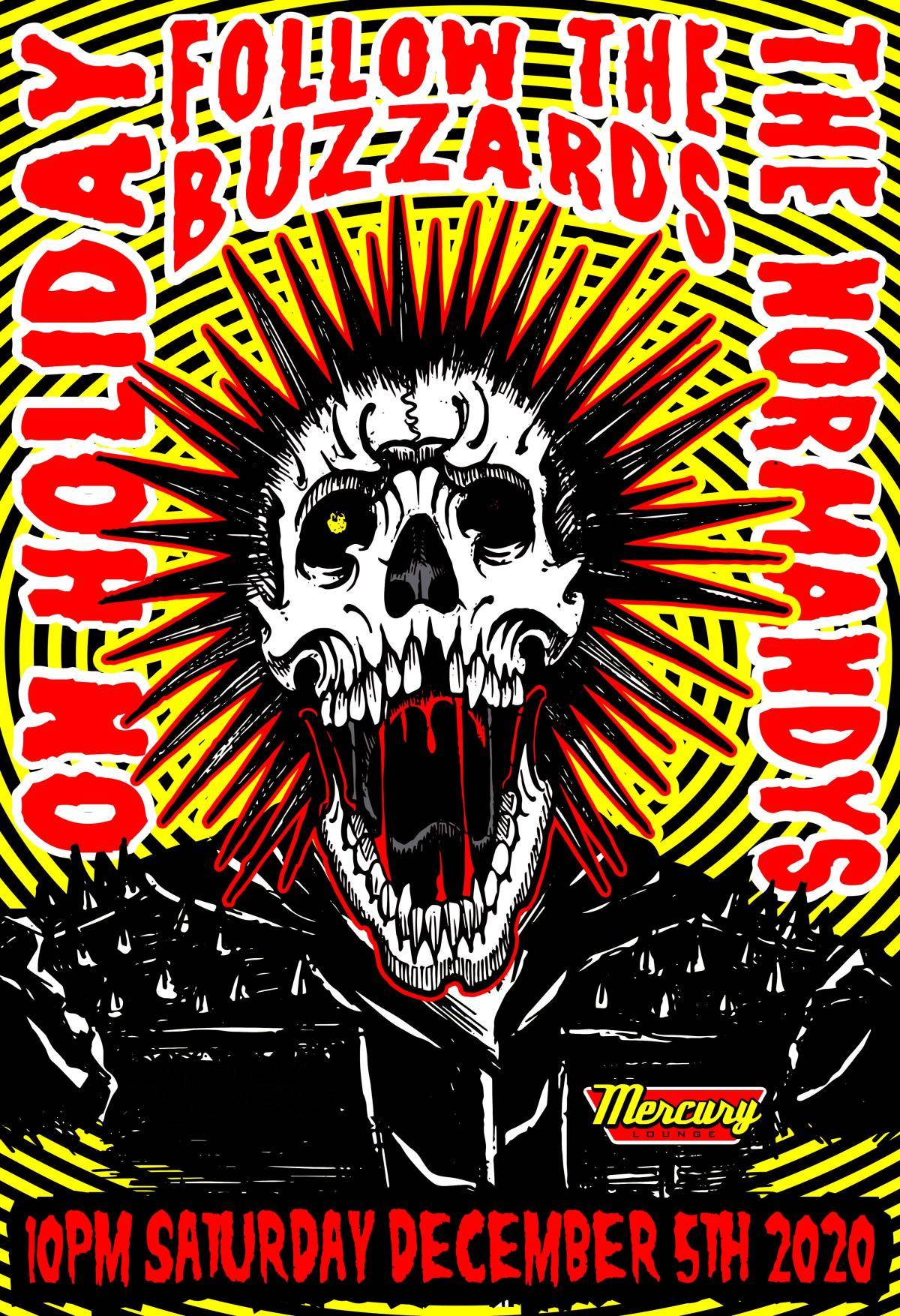 The Normandys are a 5 piece original rock band from Tulsa, OK that consists of seasoned musicians from the punk/hardcore scene. Jay Horn, Weston Horn, Sean Degan, Les Hodge, and Pete Webb bring a clean and mature sound to their unique brand of working class punk rock. Just off the heels of wrapping up their full length album, “Booze, Bitterness & Broken Hearts,” The Normandys are already writing new material, and performing more and more as their album gains traction.
The Normandys are best known for their high energy, sing-a-long style live shows. Lead singer Jay Horn is the ring leader and sets the hyperactive pace, while Pete Webb and Les Hodge maintain a deep pocket for Weston Horn and Shawn Degan to play dynamic, melodic guitar parts over.
All in all, once you hear The Normandys you will see that the talent and writing style sets them apart from other bands in the same genre, but when you see them live that point is driven home with a jolt of energy, charisma, and maybe a shot of whiskey.

Follow the Buzzards plays Rock N’ Roll. That’s a statement a great deal of bands wouldn’t dare make anymore. Some play Rock. Some play
Metal. But not too many care to work for that vibe and groove that only comes from real Rock N’ Roll. It’s got attitude and style. It’s music that
drives you to stand up. To sing. To become part of the song. That’s Rock N’ Roll, and that’s what the Buzzards play. Founded in 2013, they spent
two years rehearsing and recording before stepping out into the scene. The group is a four piece and takes its influences from a myriad of
sources, ranging from The Rolling Stones to Rancid to Florence and the Machine. Between the four members a collective 70 years of performing
experience makes up the back bone of the Follow the Buzzards stage presence and sound. Wanting to leave no listener dissatisfied the group is
well versed in both original material and covers. Songs by acts as varied as Queen, Waylon Jennings, The Faces, Dion and the Belmont’s, and the
Eagles all appear during long sets, as well as groups like Credence Clearwater Revival, Operation Ivy, and Chuck Berry.
The Buzzards have played to crowds and venues of all shapes and sizes, and none have been left dissatisfied.
After gaining a foothold in the Tulsa Scene, Follow the Buzzards have continued to grow their following. 2017 was a banner year for the band,
seeing their first out of state tour dates, multiple End-of-the-Year award nominations from We Are Tulsa Music, and the release of their album,
"With the Sinners," on November 21st 2017.
Continuing the upward trend of 2017, Follow the Buzzards performed over one hundred dates, and took home multiple battle of the bands
trophies.
On October 25th, 2020 Follow The Buzzards will be releasing a single and music video “What You Want”, distributed on Sony/Orchard in
coordination with local label Mugen Music.