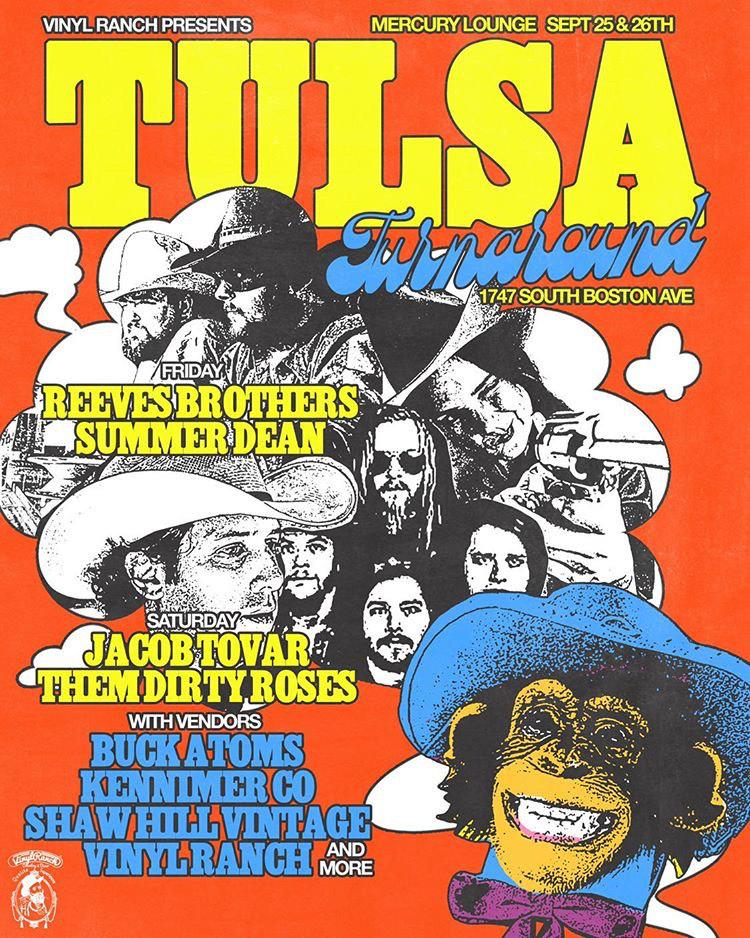 Join us for two days of music and shopping, brought to us by the one and only Vinyl Ranch! Rowdy rock and roll, classic country, vendors with must have wares, food trucks and more!

File her music under “country,” “honky tonk,” or even “outlaw,” but when you hear Summer Dean, the twang in her voice and the grit in her soul, you’ll figure out pretty quick that her authenticity comes from knowing where she’s from and who she is: a laidback songwriter from Texas who’s never been afraid to saddle a song her own damn way. But just because Summer knows her way around a done-somebody-wrong-song doesn’t mean she’s a downer, as even her saddest self-reflections are shot through with rueful humor.

The Butch and Sundance of Country Music, whose songs sound like they've come straight off a vintage Wurlitzer Jukebox. The Reeves Brothers (Matt and Cole) grew up in the small town of Pahrump, NV. Their dad, Jack Reeves, played 5 nights a week at a Honky-Tonk named 'The Stagestop", where the brothers got their start, in music. With their Dad being a staple of the Los Angeles Country Music scene, growing up, the boys always had people like Dick Dale, Red Simpson, and Gib Guilbeau around teaching them the music, and showing them the ropes!

After years of doing their own solo careers, in 2013, with help from their then manager Steven Martinez, both Matt and Cole decided to end their solo projects, and start the family band. In 2016, Matt and Cole released their first album, "Home Sweet Honky-Tonk". The album recieved great reviews, with The Las Vegas Review Journal saying "It’s an album meant to be played on a jukebox also stocked with the likes of Charlie Rich, David Allan Coe and Merle Haggard, pretty much every one of its 10 songs about women and boozin’, the former catalyzing much of the latter. The record is deeply rooted in ’70s outlaw country, with pedal steel-belted ballads and honky-tonk hell-raisers about practically taking up residence at the local watering hole, the Reeves brothers’ voices as smooth as top-shelf bourbon."

In 2018, after being nominated, The Reeves Brothers took home the Ameripolitan Award for "Honky-Tonk Group Of The Year". A huge accomplishment, that had previously been won by The Derailers and Gary P. Nunn! It was at this time that the brothers became acquainted with multi-talented musician Kevin Skrla, owner of Wolfe Island Recording Company. He invited the boys in the band to come to Dayton, TX, "to record some real Honky-Tonk music!", and recording Honky-Tonk music is exactly what they did! Any down time the band had, was spent on "The Island", as they call it! After a year and a half, in the studio, the album "The Last Honky-Tonk" would be finished. With 12 songs on the record, 9 originals and 3 covers, this is the best Reeves Brothers album to date.