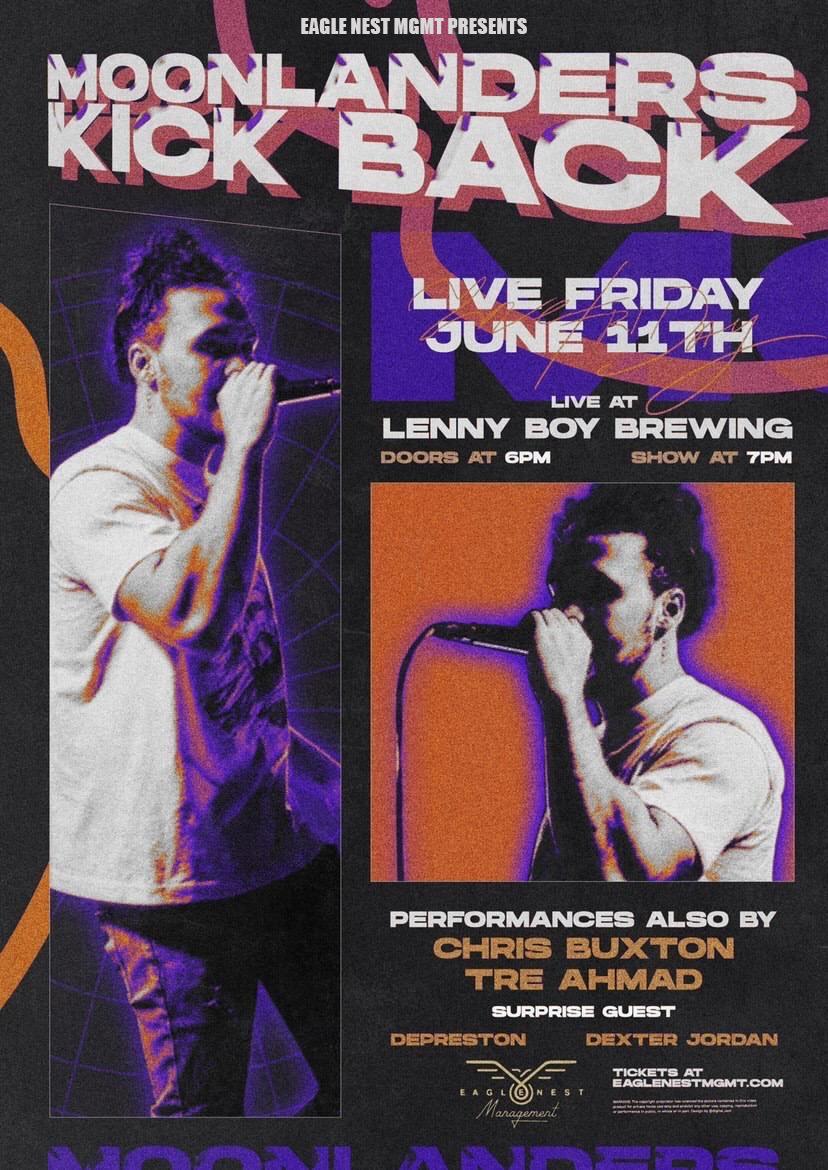 Join us as MoonLander brings his squad to the stage in Charlotte North Carolina on June 11th at Lenny Boy Brewing. First time performing live since lockdown, the energy will be off the charts as we welcome back the spaceman to earth for an unforgettable night which also features special performances by

MoonLander is a hip-hop artist from Concord, North Carolina that began his music career when he was in eighth grade at the age of 13. The young Charlotte native started touring in 2019 doing a run with Mike Stud, as well as a 23 city tour with Kid Quill. Moon has also opened up for Wiz Khalifa, Juice Wrld, and Machine Gun Kelly. His unique sound cultivates audiences and leaves them wondering who’s this man from space and how can we hear more. On both tours, MoonLander was able to use his precise branding to sell out his merch. Moon has now toured 40 cities nationwide and has a massive influx of sincere loyal fans and supporters that have come to know and love him. Moon is preparing for liftoff, so buckle in and enjoy the ride because you don’t want to miss it