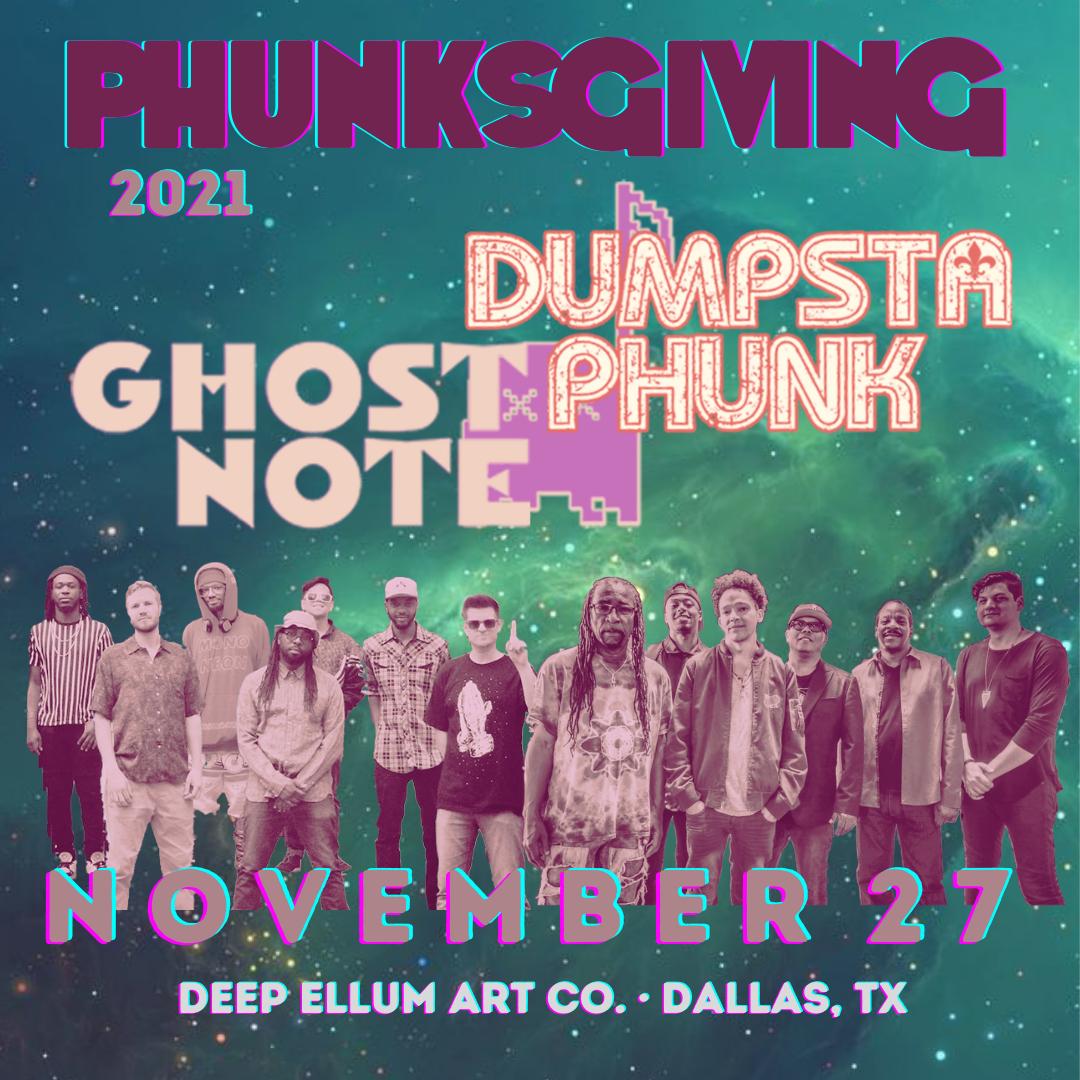 Dumpstaphunk stands out amongst New Orleans' best, cementing themselves as one of the funkiest bands to ever arise from the Crescent City. Born on the Jazz & Heritage Festival stage, and descended from Neville and Meters family bloodlines, these soldiers of funk ignite a deep, gritty groove that dares listeners not to move. Their performances combine ingenious musicianship through complex funk, rock, and jazz arrangements accompanied by soulful melodies and Big Easy traditions.

The band just released their 4th studio album Where Do We Go From Here on April 23, 2021 featuring Marcus King, Trombone Shorty and Chali 2Na, and is now available on double bronze vinyl, CD and all digital platforms.  Dumpstaphunk culled material from many different sources over the past few years, creating during downtime and rare off tour cycle stop-gaps at various studios in New Orleans: some songs were born on-the-spot in the studio, others as a drum beat or a groove at sound-check. A few were simply covers that were already in the band’s live repertoire. The songwriting was largely collaborative, with all band-members contributing their own respective stylistic nuances.

For the past 17 years, Dumpstaphunk has earned its reputation as the most well-regarded next-generation New Orleans live powerhouse, the type of band whose live shows attract sit-ins from legends like Carlos Santana, Bob Weir and Trombone Shorty. Alongside Hall, Daniels, Alex Wasily, Ryan Nyther and drummer Deven Trusclair, cousins Ivan and Ian Neville have built upon their family’s iconic NOLA legacy as they’ve transformed Dumpstaphunk into the city’s pre-eminent 21st-century funk-fusion export, resulting in recent career highlights like their July 2019 opening gig for the Rolling Stones on their home turf at the Superdome.

Dueling baselines from Tony Hall and Nick Daniels III set off one of the dirtiest rhythm sections on the planet, while Ivan Neville lights up the Hammond B3 keys and cousin Ian Neville's funky guitar riffs send the groove into overdrive. Dumpstaphunk tosses around lead vocals and four-part harmonies the way Sly & the Family Stone did, but with three studio albums under their belt, Dumpstaphunk stands on the merit of their own material.

Dumpstaphunk has performed at the New Orleans Jazz & Heritage Festival every year since 2001 and continues to tour all over the world. Most recently, before the pandemic the band supported The Rolling Stones in New Orleans, as well as toured with George Clinton & The Parliament Funkadelic for his farewell tour. They have performed on hundreds of festival stages likeJamCruise, Dead & Company’s Playing in the Sand, Lockn Festival, NYC’s Summerstage, and Byron Bay Bluesfest, and you never know who may appear as a guest on stage with the band on any given night. Guest appearances have included Santana, Bob Weir, John Oates, Lucas Nelson, Deen Ween, Blackbyrd McKnight, Jerry Harrison, Marcus King and Nicki Bluhm.

Where Do We Go From Here

Live From The Superdome in New Orleans

Headed by Snarky Puppy’s multi Grammy–winning percussion duo of Robert Sput Searight and Nate Werth, Ghost-Note is an explosion of sound. With an expansive roster of next-level musicians—representing members of Prince, Snoop Dogg, Erykah Badu, Herbie Hancock, Kendrick Lamar, Marcus Miller, Toto, Justin Timberlake, and more—the band is pushing funk music into the future, building on the uplifting, pioneering foundations laid out by the likes of James Brown and Sly & The Family Stone and infusing their fresh take with tastes of afrobeat, hip-hop, psychedelia, world folklore, and more.

Fearless, both in Swagism’s sonic depth and conscious social commentary, the band easily translates this adventurousness in a live setting. Ghost-Note’s live performances are bold and in your face, with the group offering up none of the tight-laced pretenses frequently associated with the band’s jazz roots. Focused on creating seductive dance-able grooves and a contagious feel-good energy, each show is an opportunity to let loose and connect, for both fans and the musicians alike.