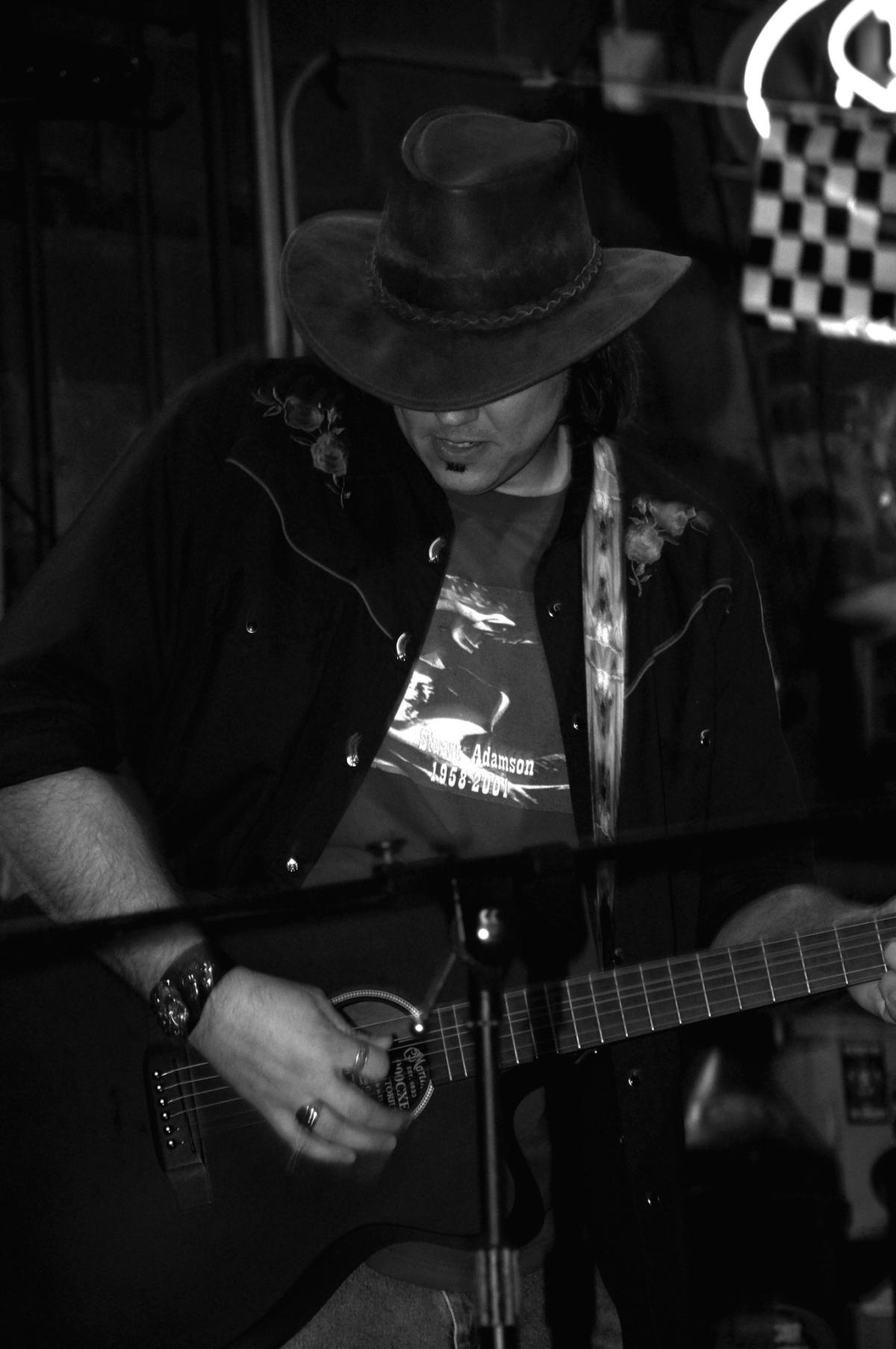 Critically acclaimed and award nominated DFW singer-songwriter Jud Block heard the siren songs of Eric Taylor, Townes Van Zandt, Brent Best, Jason Molina, and the Scottish poetry of Stuart Adamson and Scott Hutchison, which afflicted him with a love of music at an early age; lacking any vestige of a Puritan work ethic, he learned to play bass and lurked around the Arlington/Fort Worth punk rock scene with a few bands (Elysian Fields/Death Rabbis) until it became clear that fashion had usurped the music's message, and he turned in his Doc Martens; around this time he bought his first acoustic guitar and learned five chords, which he later discovered was two chords too many, but he figured if he ever decided to go into prog rock, he’s covered; after leaving Texas, he didn't play in a band, or solo, again until the outskirts of the new millennium, when he took on bass duties for an all-original blues-rock band (Kenny's New Car) in Orlando, Florida; in 2001, he moved to Charlotte, NC, and formed Cattletruck terrorizing the staid mindset of the financial district for nearly 10 years and released two CDs, Bourbon and Black Crepe and Branches from the Hangin’ Tree, until that beast ran off the road and was left to become one with the Earth in some backwoods pasture; In 2009, he released his first solo CD, Empty Chamber Grace, a solo acoustic collection of dark, gallows humor-infused tales heavily influenced by Townes Van Zandt, Brent Best, Eric Taylor, Tom Russell, Charles Bukowski, and Larry Brown; and in 2012, he released his second CD, Barroom Gravity, which draws from the same influences as the first, but with a bit more flesh on the bones. In 2013, he returned to his home state of Texas armed only with an acoustic guitar and a stash of incisive lyrics; and in 2015, he recorded his third solo CD, Souvenir Reflection, which focused on loss, suicide, and the grieving process.