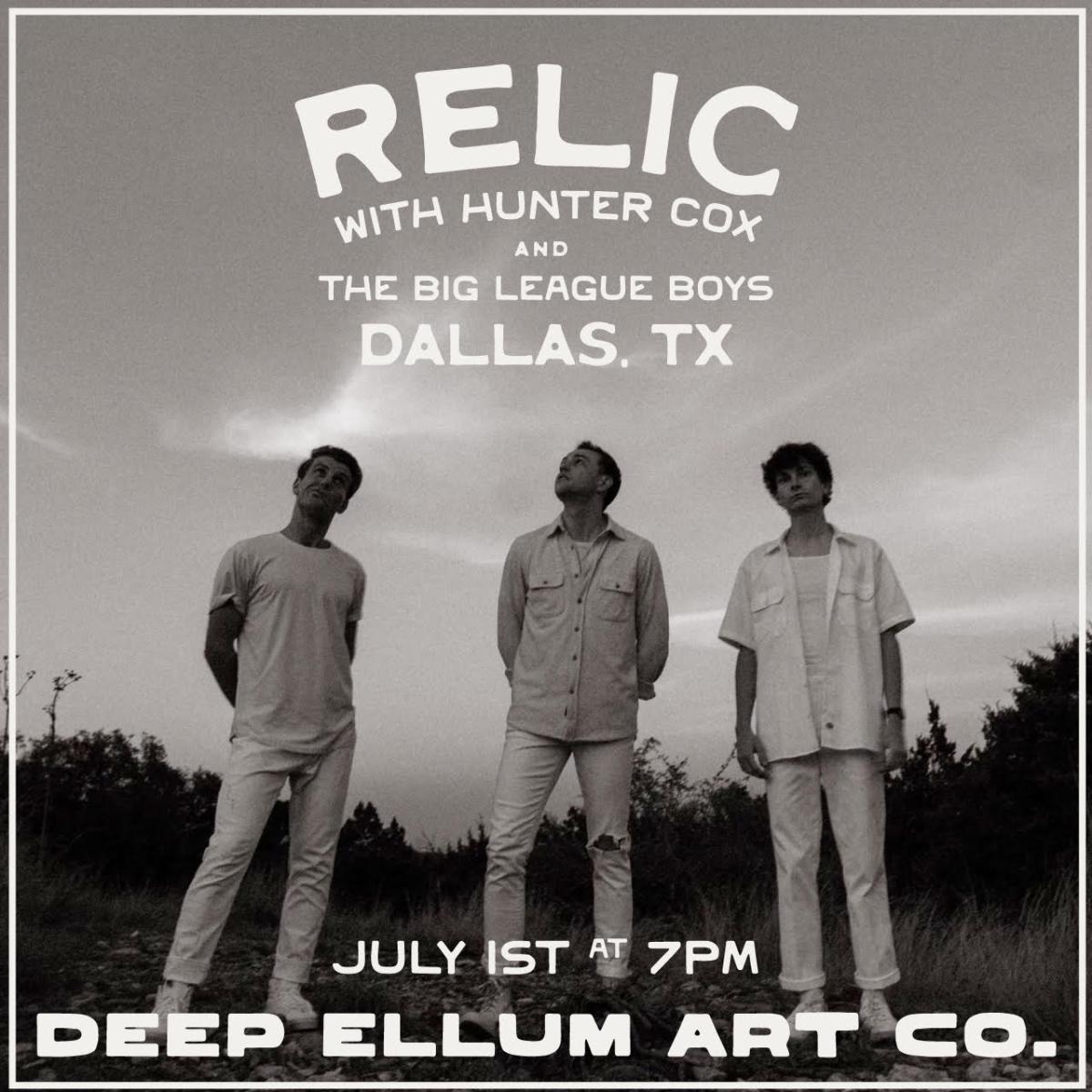 RELIC with support from Hunter Cox + the Big League Boys

RELIC: Drive and depth. RELIC is Jake Baker (vocals, guitar), Nathan Slonaker (drums), and Carson Carothers (guitar), a developing connection of young musicians from the heart of Texas. Formed in 2018, RELIC is an independent indie rock band dedicated to matching fiery energy with mindful lyricism. With 4 EPs out and a major project in motion, RELIC is refining a polished, yet organic sound and growing in authenticity. Full of soul and free of pretension, the band seeks to hit your heart as hard as they hit your ears. A band to watch in the world of indie rock, RELIC is for fans of Kings of Leon, KALEO, Wilderado, Young the Giant, and the like. RELIC wants to leave you worn out and filled up, so bring your dancin’ boots and your singin’ voice — it's gonna be a fun time.

RELIC's debut LP is currently in production and will release in the latter half of 2022.
Hunter Cox: Hailing from Fort Worth, Texas, Hunter Cox is accompanied by a band of misfits from Houston known as The Big League Boys. The band consists of Izack Redmon on drums, Will Braun on bass and keys, and the Lone Ranger on guitar (no one knows his true name). Together they have cultivated a unique sound that airs on the side of Folk Rock, with a HEAVY emphasis on Rock. Someone once asked, "How would you describe your music?" In a synchronized fashion, they all replied, "Loud." Their debut single, Gunslinger, released in 2019, continues to gain popularity with over 800,000 streams. Firmly grip your hats and drinks if you go to a show, just in case.