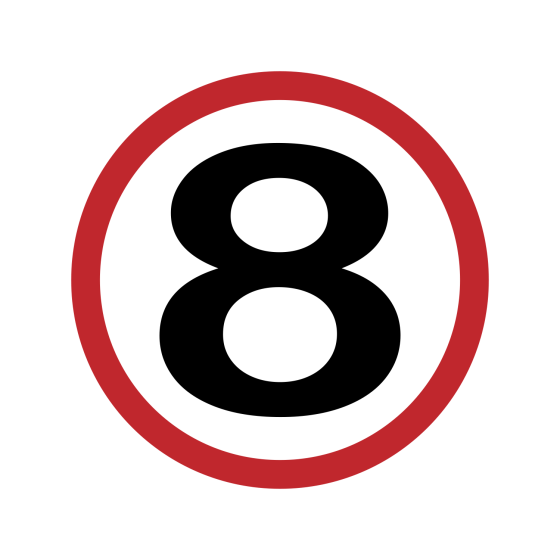 How the News Got Made: A Rare Look at SMU's WFAA Newsfilm and a Conversation with the People who Created It
Before the internet and 24-hour news networks gave everyone the opportunity to create and participate in news gathering, local news was a vibrant and invaluable resource for learning what was going on in your hometown. Learn how the news was captured and shared without instant electronic communication available, and gain a new appreciation for the hard work and ingenuity that went into making the WFAA nightly news possible 7 days a week, throughout the 1960s and ’70s. A panel of notable WFAA staff, including on screen personalities and behind the scenes personnel, will present clips and share stories of their experiences together making the news. presenter and special guests in attendance
...MORE 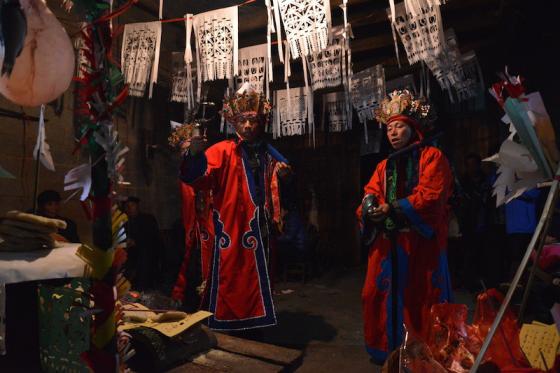 Huan Nuo Yuan
A documentation of the Huan Nuo Yuan ritual of the Miao people who live deep in the Wu Ling Mountains of western Huan, China. The Badai conduct the two day ritual, a practice that goes back thousands of year.
...MORE 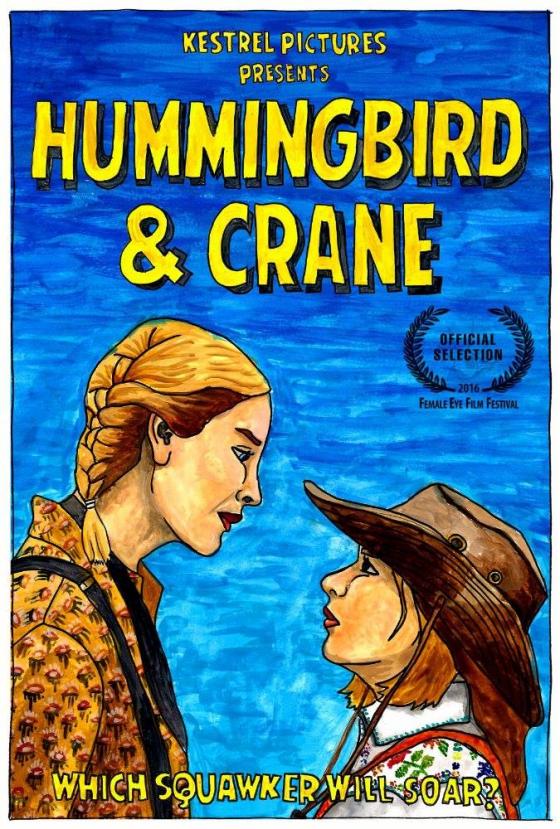 Hummingbird & Crane
In Santa Fe, New Mexico, the first event of the 54th World Series of Youth Birding, Bird Call Replication, takes place. Underdog Dorrie Davis plans to dethrone reigning champion Heidi Hammerstein. Humiliated in the first round, Davis considers quitting but is reignited by her teammate and best friend, Olivia, to get back in there and prove all the naysayers wrong. Davis comes back and squawks her way to victory leaving Hammerstein set on revenge in the next event.
...MORE 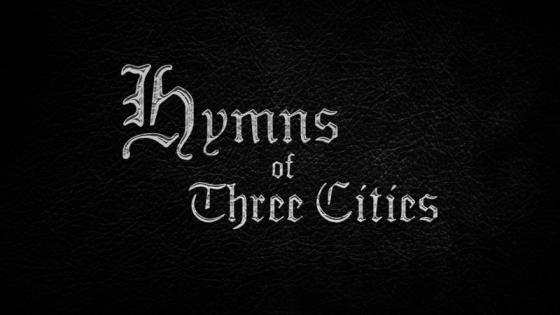 Hymns of Three Cities
Orlando and its tourist destinations impose a celebratory narrative on Central Florida, but dark corners of history reveal both incidents and systems of racial violence and injustice. This film explores a personal narrative surrounding three cities that have chosen to either forget, acknowledge, or displace what happened decades ago. The poetry of Dr. Stephen Caldwell Wright is accompanied by images of past and present to help us discover and come to terms with our collective memory.
...MORE 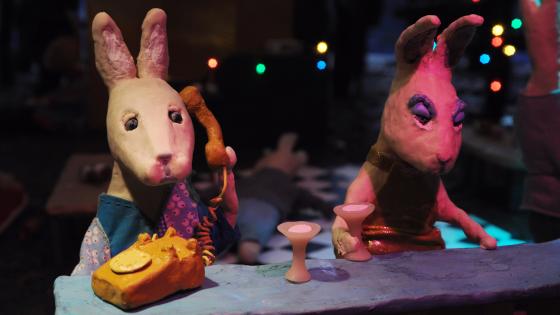 THE ITCHING
The Itching" is about a shy wolf who attends a dance party thrown by a group of hip, freewheeling bunnies. Though the wolf longs to connect with the exotic strangers, anxiety overwhelms her, and she descends into obsessive itching. An intensely visceral film, warm-hearted and disturbing, "The Itching" investigates our primal longing for connection and reveals the vulnerability, anxiety, and ambivalence embedded there."
...MORE

Jackdaw
A father mourns on the one year anniversary of his wife's disappearance.
...MORE 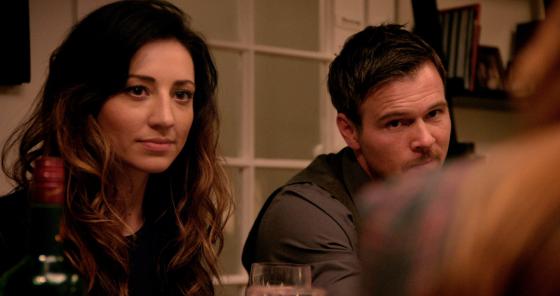 Jenny & Tom
Jenny and Tom have found the happiness that eludes others by living life on their own terms. But sometimes doubt comes from the warmest of places.
...MORE 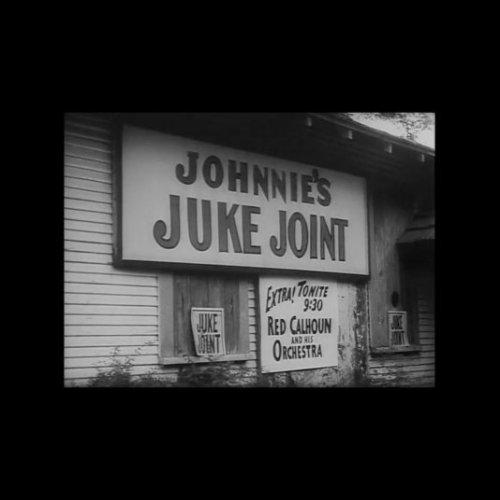 JUKE — PASSAGES FROM THE FILMS OF SPENCER WILLIAMS
Juke, in which Thom Andersen (Los Angeles Plays Itself, Red Hollywood) reconsiders the films of Spencer Williams, the pioneering African American screenwriter, director, and actor whose 1940s melodramas centered on sinners and saints—Beale Street mamas and storefront preachers, crime bosses and upwardly striving lawyers and soldiers—who are tempted by jazz and sex and then set back on the glory road to salvation. “I began to notice a remarkable documentary record of black life in the 1940s in these films,” Andersen observes. “There are the nightclub scenes, of course, but there is also a precious recording of residential spaces, from the shack in The Blood of Jesus to the comfortable middle-class rooming house in Juke Joint. [My] film brings out these documentary qualities by looping shots of empty interiors and showing actions freed from the plot. I am not trying to make some new meaning from these films; I am striving to bring out the meanings that are there but obscured by the plot lines: the dignity of black life and the creation of dynamic culture in the segregated society in small-town north Texas. I regard my movie as akin to Walker Evans’ photographs of sharecroppers’ home in 1930s and George Orwell’s essays on English working class interiors.”
...MORE 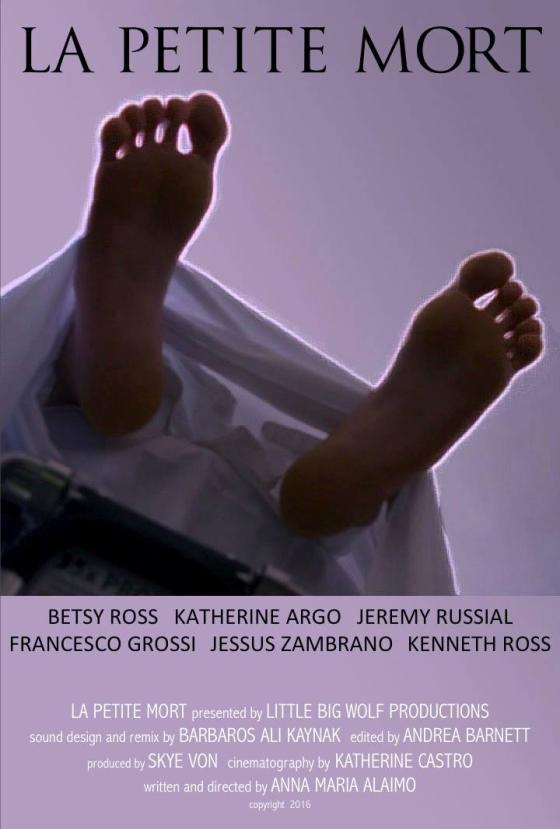 La Petite Mort
Two eighty-year-old ladies have been best friends for decades. When they are given an opportunity of a lifetime only one of them may claim, what's been lurking beneath the surface of their friendship is exposed with unexpected and funny results.
...MORE 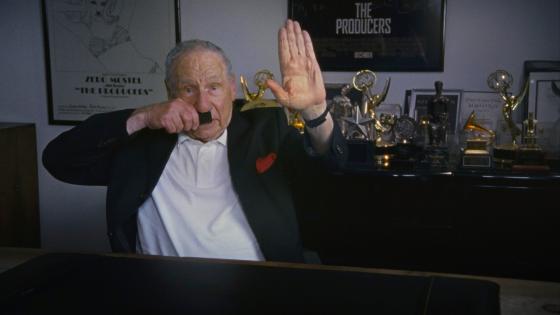 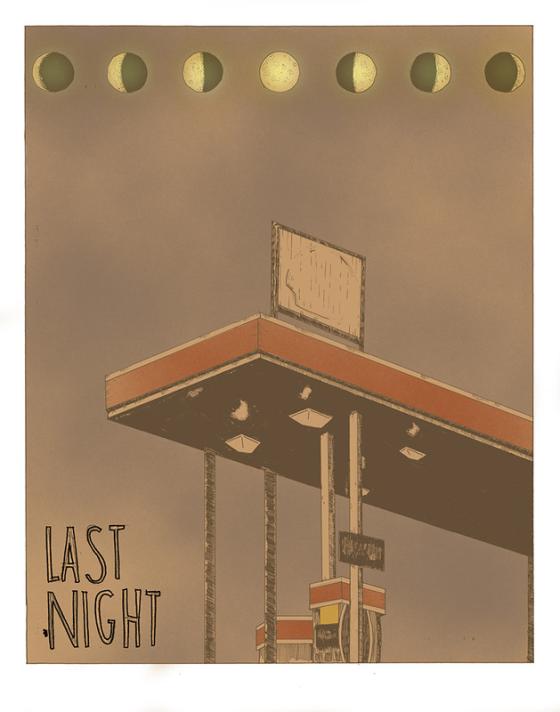 Last Night
On the final night of their DIY stand up comedy tour around Texas, five comics grow closer as friends.
...MORE 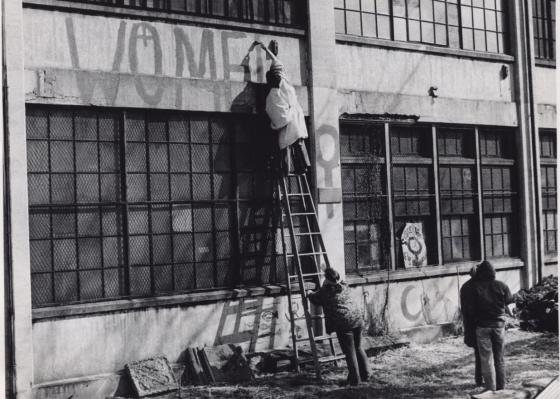 LEFT ON PEARL (Preview Screening)
What happens when Boston's 1971 International Women's Day marchers turn LEFT ON PEARL Street in Cambridge, and seize and occupy a Harvard-owned building for a women's center, on land sought by the largely African-American Riverside neighborhood for affordable housing? How and why did hundreds of women of diverse backgrounds decide to take a radical, collective action that would change their lives? How did this action intersect with the surrounding African-American neighborhood's fight against displacement by Harvard University's expansion? What is its lasting legacy 45 years later?
...MORE
1
2
3
4
5
6
7
8
9
10
11
❯