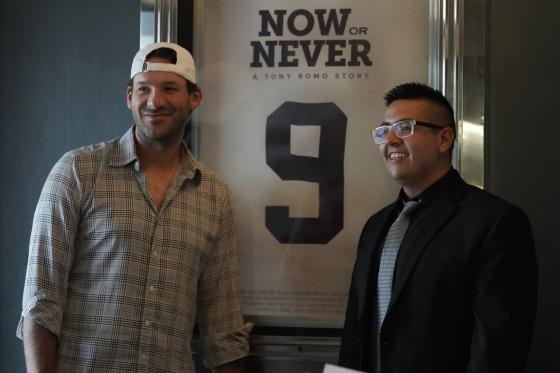 Now or Never: A Tony Romo Story
This is the true story of Tony Romo, a kid from Burlington, WI who became one of the most prolific quarterbacks to play for the Dallas Cowboys. Though he never won a Superbowl, his community describes a man whose passion for the game continues to inspire his fans, community, family, and friends. Through the eyes of people close to Tony Romo, as well as Tony Romo himself, Now or Never follows his life through his high school, college, and NFL career to tell the story of how Tony Romo became the quarterback for the Dallas Cowboys. Tony's community describes the impact Tony has on them by returning each year. His father gives insight into the origins of Tony's passion for sports. Tony's grandparents describe their own journey from Mexico, and how their dreams of success transferred to Tony. His coaches and former teammates detail how Tony found his passion for football in high school and went on to receive a scholarship from Eastern Illinois to play as their quarterback. They explain the ups and downs of his career as a Dallas Cowboy, how the wins, losses, injuries and ultimate retirement affected them and the community. Leaving on a good note, we learn how despite the fact that Tony never won a Superbowl, Tony has still made a wonderful impact on Burlington by proving that if you dream big, you can accomplish anything.
...MORE 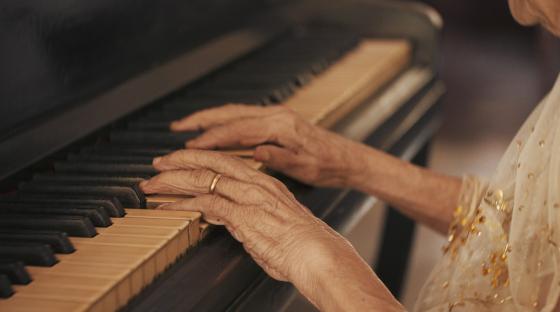 The Piano Teacher
This short documentary is a poetic look at life, age and memory. Few people progress enough in any art form to reach such a pinnacle of performance and renown but with time even the most masterful regress. Skills fade and memories vanish until we return to a childlike state and await that final curtain.
...MORE 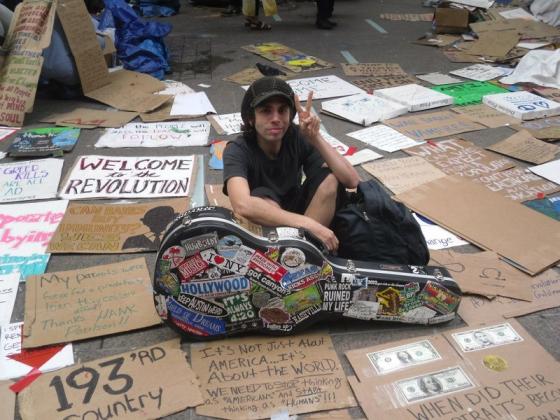 Renegade Dreamers
Filmmaker in Attendance At a time when political activism is more important than ever, the air in New York City is filled with the sounds of subversive poetry, radical songwriting and calls for social change. Many hip young poets and songwriters have come to New York City, and - consciously following in the footsteps of Jack Kerouac, Allen Ginsberg, Bob Dylan, and other rebels of that era are using their music and spoken word poetry to challenge the status quo. RENEGADE DREAMERS interweaves past and present as it provides a look into an artistic/political wave that is happening today - while also paying homage to the legacy of the Beat poets and political folksingers who helped start a movement. Loaded with politics, music and spoken word poetry, the film is entertaining as well as timely
...MORE 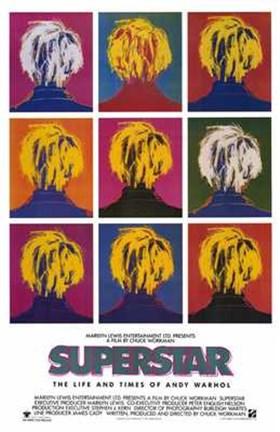 Superstar: The Life and Times of Andy Warhol
Filmmaker in attendance A look at the life, work, and impact of Andy Warhol (1928-1987), pop icon and artist, from his childhood in Pittsburgh to his death after a botched surgery. Warhol coined the word "superstar," became one, and changed the way the culture looks at and understands celebrity. After studying at Carnegie Tech, he goes to New York to be a commercial artist. By 1960, Warhol, Lichtenstein, and Rosenquist are inventing pop art. Warhol starts "The Factory," his workshop where he paints and makes movies. His is a cafe society of late nights and parties. His family, friends, an agent, a curator, gallery owners, actors, the co-founder of "Interview," and others tell stories and assess his art.
...MORE 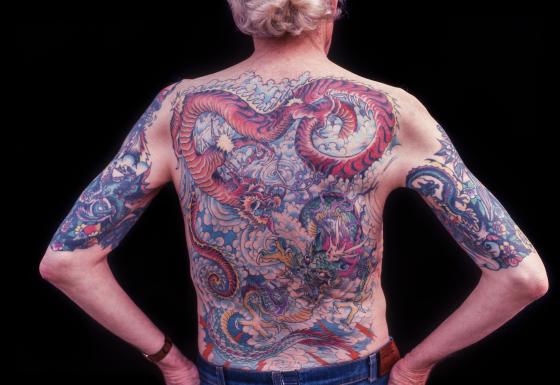 Tattoo Uprising
Filmmaker in Attendance Tattoo Uprising, more than forty years in the making, is a sweeping overview of tattooing, from Biblical references and early Christian practices to the voyages of Captain James Cook and the ever-evolving image of the tattoo in the Western world. Alan Govenar began work on this film in 1980 while finishing his documentary Stoney Knows How. Tattoo Uprising features some of the most extraordinary people of the tattoo world: including Ed Hardy, Stoney St. Clair, Cynthia Witkin, Calamity Jane, and more, as well as an unforgettable appearance by filmmaker Werner Herzog, allowing a rare glimpse at his Ed Hardy tattoo. The film was shot in part by the late legendary filmmaker Les Blank, who also appears on camera. From antiquity to the present, Tattoo Uprising reveals the artistic and historical roots of today’s tattoo explosion.
...MORE 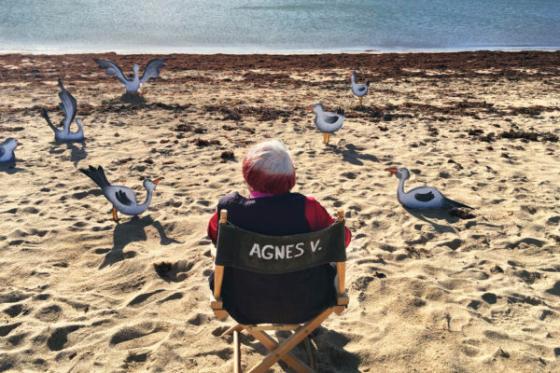 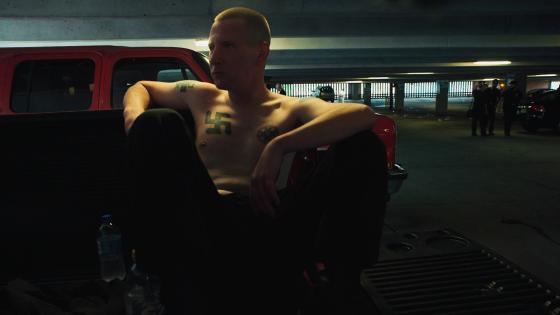 WHITE RIGHT: MEETING THE ENEMY
In this Emmy-winning documentary, acclaimed Muslim filmmaker Deeyah Khan meets U.S. neo-Nazis and white nationalists face to face and attends the Unite the Right rally in Charlottesville as she seeks to understand the resurgence of far-right extremism in the U.S. and attempts to discover new possibilities for solutions. With a U.S. president propagating anti-Muslim propaganda, with hate crimes on the rise, and divisive populist rhetoric infecting political and public discourse across western democracies, WHITE RIGHT: MEETING THE ENEMY asks why. The film is an urgent, resonant and personal look at race wars in America.
...MORE 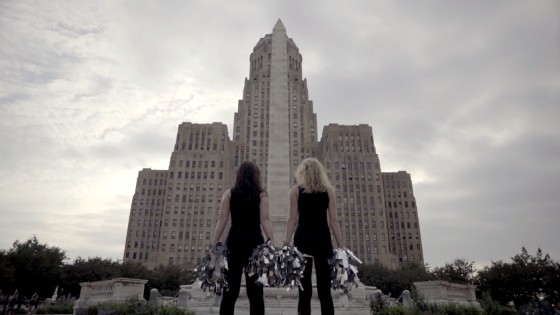 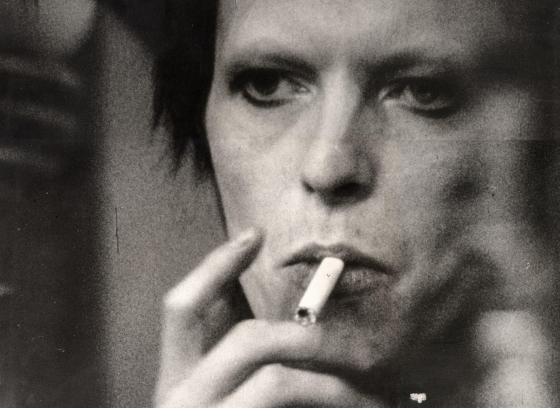 Directed by D A Pennebaker

Ziggy Stardust and the Spiders from Mars
David Bowie’s final electrifying performance as Ziggy Stardust in 1973 at London’s Hammersmith Odeon Theater. The feature-length film captures the aura surrounding one of the most unusual stars of the contemporary music scene. Framed by a smattering of behind-the-scenes footage, the bulk of the film concerns the actual concert, notable as the final time that Bowie would perform under the Ziggy Stardust persona, an announcement that, at the time, led many fans to mistakenly believe Bowie was retiring altogether. Featuring numerous songs like “Ziggy Stardust,” “Moonage Daydream,” “Changes,” and “Space Oddity” from the albums Ziggy Stardust, Hunky Dory, Aladdin Sane, and other Bowie albums, as well as a cover of the Velvet Underground’s “White Light/White Heat.” Though a shortened version of the film was broadcast on television in 1974, the film did not receive a full theatrical release until 1983.
...MORE
1
2
3
❯