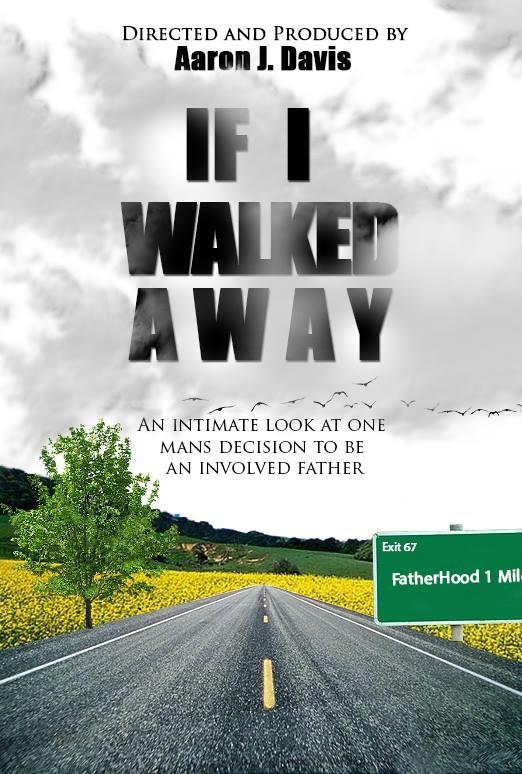 If I Walked Away
An intimate look at one man's decision to be an involved father.
...MORE 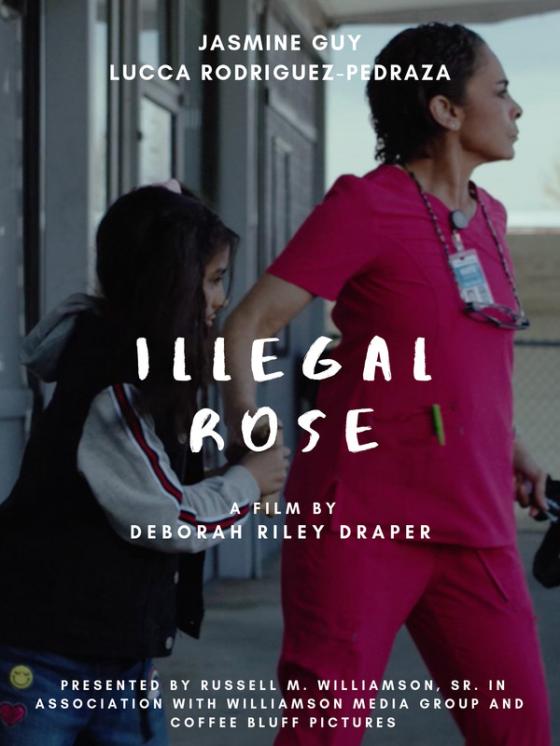 Illegal Rose
Illegal Rose is a short film about an unlikely friendship between Rose, a tired, disengaged, almost retired nurse's aide who accidentally kidnaps Sylvie, a 7 year-old ICE Detention Center runaway on the 4th of July. Inspired by Langston Hughes's short story, "Thank you, ma'am," Illegal Rose explores respect, decency and kindness through the eyes of two people of different generations, ages, races and legal status, as they navigate their choices and the consequences. The story reminds us that we are all human and no human being is illegal.
...MORE 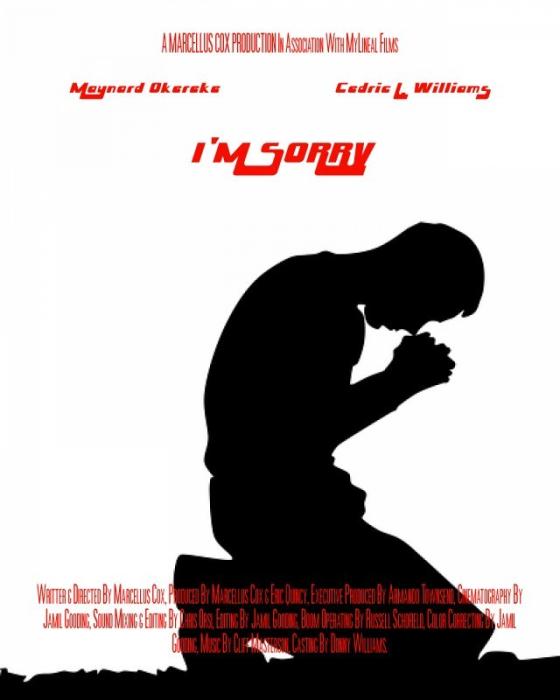 I'M SORRY
An Award Winning Drama about a young African American man who spends his last free day before heading to prison apologizing to everyone near and dear to him for betraying their trust in him. NOTE: ADULT LANGUAGE
...MORE 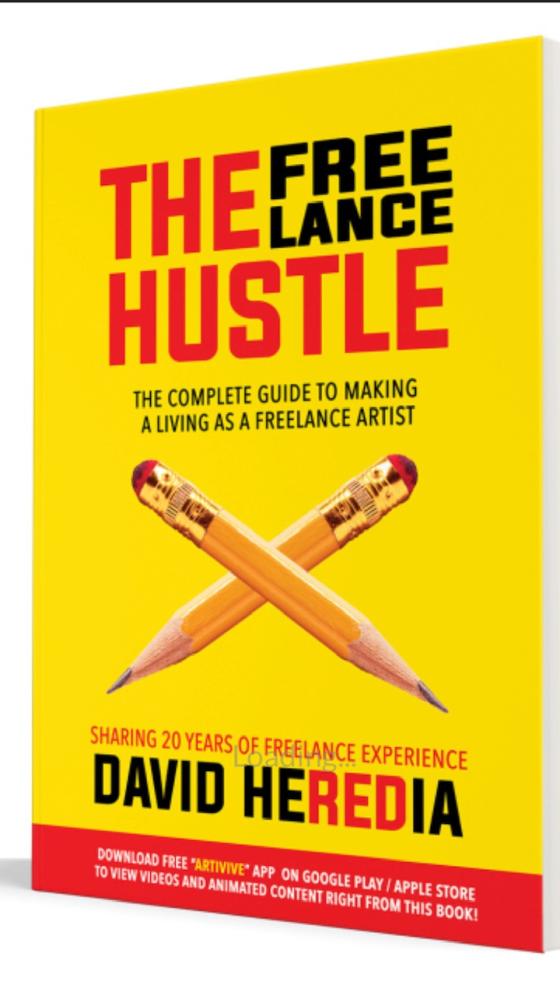 Intro to Freelancing- 8 Essential Qualities + 50 Killer Marketing Techniques
Filmmakers who are looking to monetize their videography skills will get a general introduction to what it means to run a freelance business. Topics will include some of the pros and cons of the life of a freelancer, creating opportunities for yourself, identifying who your clients are and specifically what services you have to offer. Whether filmmakers pursue a side hustle, part-time or full-time endeavor. This class will also cover 8 essential habits of a successful freelance artist. 50 killer marketing techniques Description: The lifeline of any business resides in their ability to continuously market themselves and their products or services. Students will learn 51 clever ways to market themselves, products or services to prospective clients for little to no cost. Special Workshop NOT INCLUDED in VIP Experience Pass- Great Value- Only $20 Adults and $12 Students PLUS the First 10 ticket purchasers receive a free copy of David Heredia's new book " The Freelance Hustle". LIMITED SEATING so get your ticket early!
...MORE 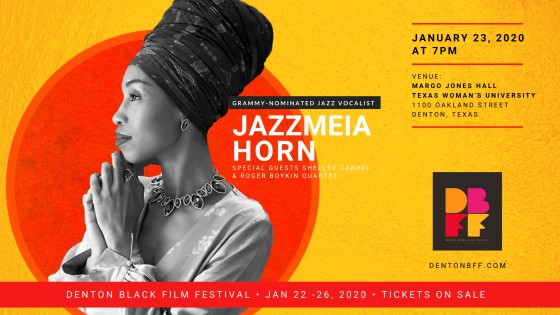 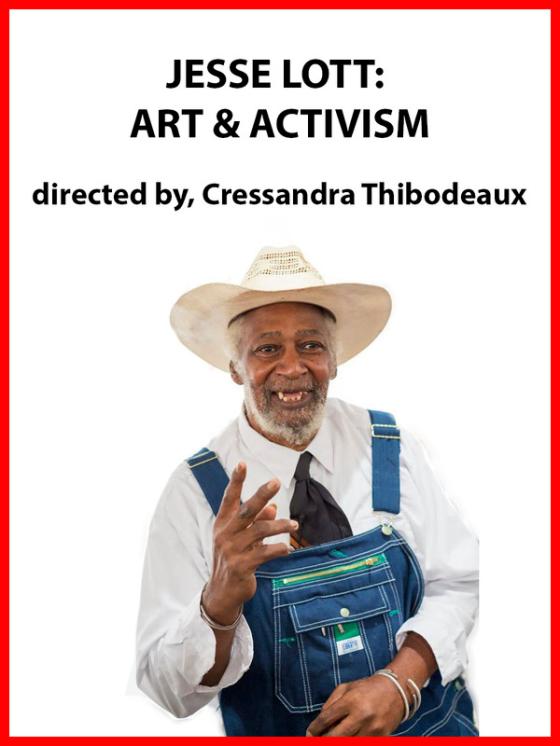 Jesse Lott: Art & Activism
A look at internationally recognized Jesse Lott’s art, activism and his mentors. He is one of the co-founders of Project Row Houses and is highlighted in the National Museum of African American History in Culture. Film shot by twenty eight at-risk-teens during four documentary classes taught by the director and editor, Cressandra Thibodeaux. Final Edit, Sound Mix, Color Correction finally completed on Oct. 18, 2019.
...MORE 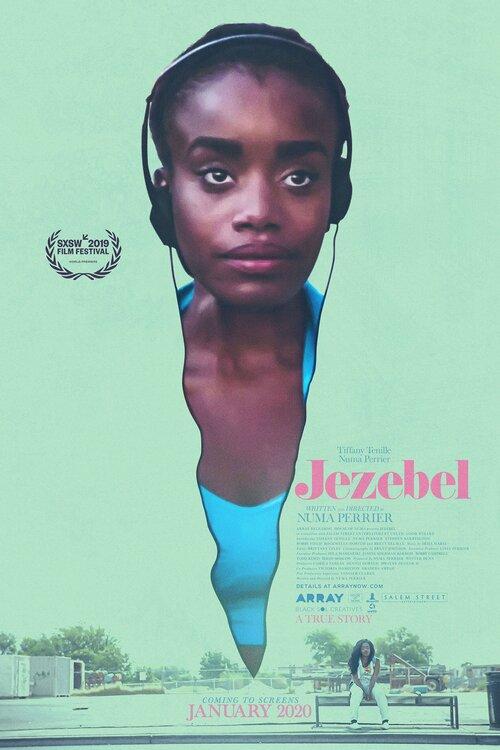 Jezebel
In the last days of her mother's life, 19 year old Tiffany crashes with five family members in a Las Vegas studio apartment. In order to make ends meet, her older sister, a phone sex operator, introduces her to the world of internet fetish cam girls. Tiffany becomes popular as the only "live black model" at the new adult site and soon becomes too close to one of her frequent callers. Dynamics shift in the sister relationship as each woman explores and exploits their sexuality, using their created fantasy worlds as an escape from the realities of their challenging real life circumstances. This bizarre coming of age story depicts sisterhood in a most unusual way. NOTE ADULT THEME AND SEXUALITY
...MORE 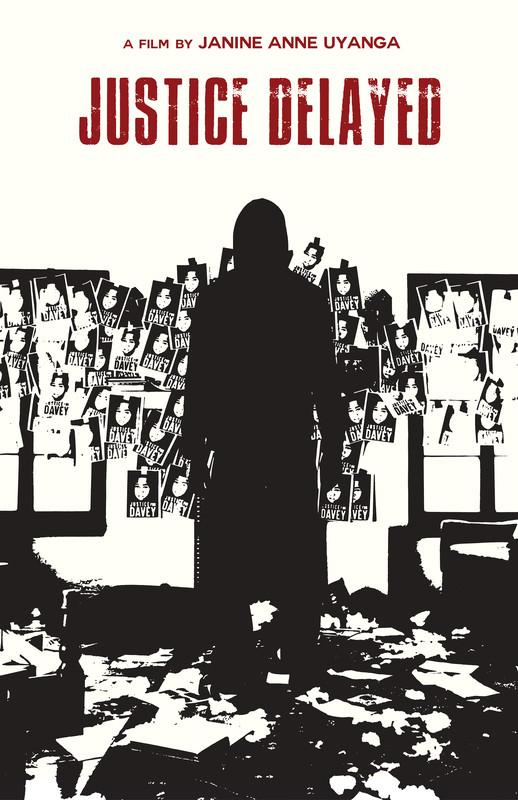 Justice Delayed
Ten months after the fatal shooting of his younger 12-year-old brother, Jay discovers that the police officer involved was not indicted. Losing trust in the legal system, Jay takes matters into his own hands, however, is torn between seeking vengeance or justice. NOTE: ADULT LANGUAGE
...MORE 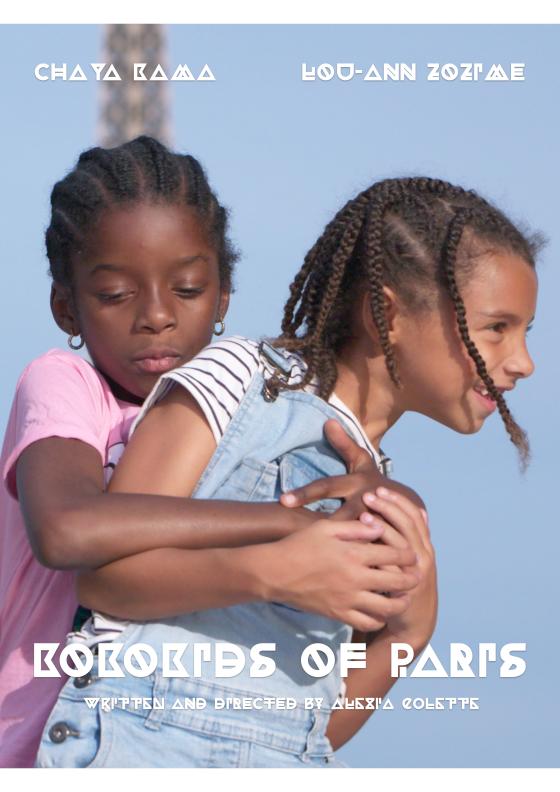 Kokokids of Paris
LOU-ANN, a shy 6 year old, meets the smart and witty CHAYA, 8, at a park in Paris. They quickly bond over their shared love of afro-electro dance and explore Paris in a dreamy adventure. However as their young friendship blossoms, it is put to the test as they face the harsh and unseen reality surrounding their lives and that of more and more kids in Paris. A look at the darker sides of the City of Light
...MORE 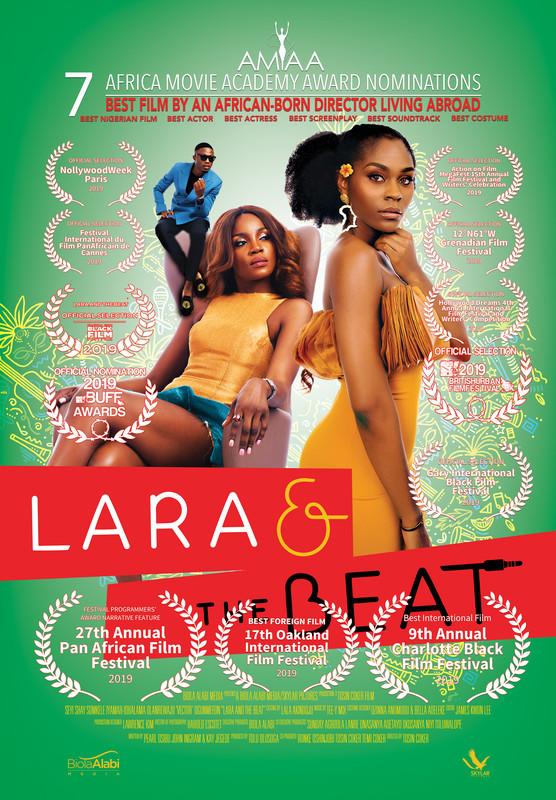 Lara and The Beat
Lara and the Beat is a coming of age movie about the young and beautiful Giwa sisters caught in the centre of a financial scandal with their late parents' Media Empire. The sisters are forced out of their privileged bubble, and must learn to build their own future - through music and enterprise - to salvage their family's past
...MORE 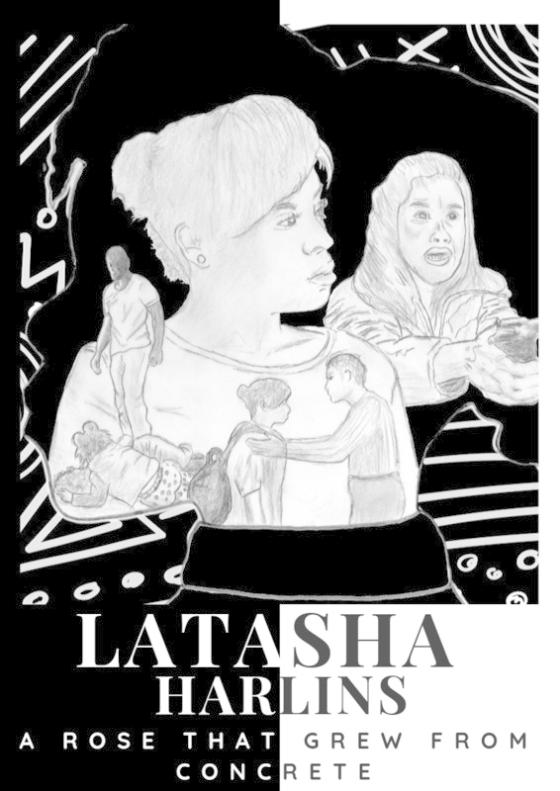 Latasha Harlins: A Rose That Grew from Concrete
The story of Latasha Harlins, a mild-tempered 15-year-old girl from South Central, struggles to find herself in a world where she must overcome the tragedy and heartbreaks of the past. NOTE: ADULT LANGUAGE
...MORE 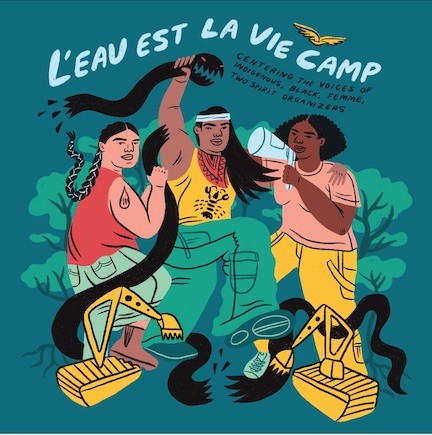 L'EAU EST LA VIE (WATER IS LIFE): FROM STANDING ROCK TO THE SWAMP
On the banks of Louisiana, fierce Indigenous women are ready to fight���to stop the corporate blacksnake and preserve their way of life. They are risking everything to protect Mother Earth from the predatory fossil fuel companies that seek to poison it. STORY SYNOPSIS L���EAU EST LA VIE: FROM STANDING ROCK TO THE SWAMP follows water protector Cherri Foytlin as she leads us on a no nonsense journey of Indigenous resistance to the Bayou Bridge Pipeline (BBP) in the swamps of Louisiana. At the film���s opening, viewers are introduced to the Atchafalaya Basin, which was once a Maroon colony--a critical hub of Indigenous and black resistance. Cherri recounts her first-hand experience with the environmental destruction caused by the BP oil spill and how it devastated a local crawfisher man and his way of life. This event caused Cherri to take a hard look in the mirror and ask herself--how did I contribute to this and what can I do to change it? It���s in that moment that the fire of resistance is ignited and Cherri���s life takes a sharp turn. This seed grows into the L���eau Est La Vie Indigenous resistance camp led by a council of Indigenous women, including Cherri Foytlin and Anne White Hat. As the documentary unfolds, we get an on the ground glimpse into the 100+ non-violent direct actions that laid the base for the strongest resistance in Louisiana history. Imagine a badass environmental activist dressed in red, with matching painted finger and toe nails, climbing a pipeline crane 60 feet in the air to shutdown a worksite. Imagine a fierce Indigenous warrior making a powerful call for public support when the police have their boot on her back and their arms around her throat. Picture what���s possible when people decide to fight for their community and bend the arc of justice to the grassroots. The backlash to Cherri���s work has been ongoing death threats and physical violence. And although that violence was meant to silence her, we hear from Cherri that it actually took away her fear and emboldened her organizing. This film delves into the complex reasons that compel organizers to risk everything, including their lives, to protect their communities from irreversible corporate harm. "If our leaders won���t stand up to stop this pipeline and protect our water, then we the people of Louisiana will. We are building the L���eau Est La Vie camp to protect our water and our way of life from the Bayou Bridge pipeline." -L'eau Est La Vie (Water is Life) Camp Statement The L���Eau Est La Vie (Water is Life) Camp is an Indigenous resistance camp fighting the Bayou Bridge pipeline from a place of love. Bayou Lafourche provides drinking water for 300,000 people. That drinking water will be contaminated when (not if) this pipeline leaks. The fight for water didn���t end in Standing Rock. The Bayou Bridge Pipeline is an extension of the Dakota Access Pipeline (DAPL) built by Energy Transfer Partners. We���ll hear from Patch, a water protector, who followed the black snake (pipeline) from his homeland in the Dakotas down to the swamps of Louisiana. Next the film travels to the Black historical Freetown community of Saint James Parish in ���Cancer Alley,��� Louisiana. We meet Eve Butler and Sharon Lavigne, residents who are fighting back against industry and the Bayou Bridge Pipeline that���s trying to get into their already poisoned community. The film takes us to a march against a new chemical plant that wants to come in, Sharon���s daughter chokes up as she tells her community about her 3-year old child whose ���nose doesn���t work��� due to the overwhelming petrochemicals in the area. Saint James residents are plagued by environmental racism which manifests as debilitating cancer, birth defects, asthma and skin conditions. That���s why it���s critical that L���Eau Est La Vie Camp and the St. James community are fighting back together. This documentary is grounded in Indigenous world views that, to the world���s detriment, have been historically marginalized or actively and violently erased. Through Cherri���s charisma, humor, and heart-felt facility with words, a multigenerational audience from diverse backgrounds can connect to her humanity and be pulled into the larger struggle for Indigenous Sovereignty. Cherri brings to the forefront the possibility of resistance, perseverance, and the power of what is possible, even in the midst of deep personal pain and a multinational corporation with billions of dollars and the backing of state forces. The film reveals that this struggle is not over a singular pipeline. Rather, the pipeline is one piece of an ongoing legacy of colonization and slow genocide. At the heart of the struggle is a battle between people and profit. We learn from Cherri that to confront the multiple interconnected issues threatening our planet, we must be radical in our imagination and bold in our actions--and that most of all that the fight must be rooted in deep love. The fight for water and life continues in the Bayous of Louisiana! Come along on the journey.
...MORE
1
2
3
4
5
6
7
8
9
10
11
12
❯