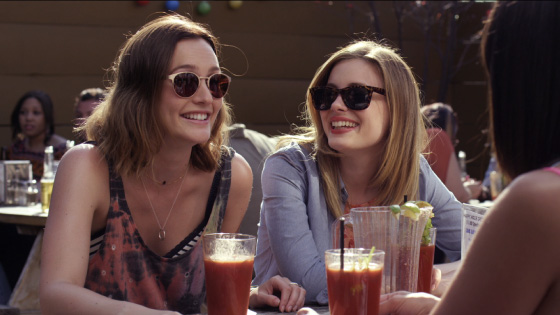 Straight Paige (Jacobs) and lesbian Sasha (Meester) are codependent best friends in their late 20s who have spent the last ten years acting more like wives than friends: they talk to each other on the toilet; they drive each other to the doctor. And as with any good marriage, they’re a perfect yin and yang. Until the night Paige meets Tim (Brody). Despite some superficial drawbacks (questionable facial hair, a penchant for quoting the movies everyone quotes), he’s the kind of guy you marry. As Paige and Tim’s relationship grows, the bond between Paige and Sasha inevitably shifts. Suddenly without a “partner,” Sasha is left to examine her own shortcomings and panic about her impending 30th birthday. Passive-aggressive conflict brews in their friendship until the girls must finally confront the question they’ve been avoiding: can their friendship survive growing up?