PLAY TRAILER
Anomalisa
USA, 2015, 90 min., Color, English
Charlie Kaufman, the celebrated screenwriter of Being John Malkovich and Adaptation and director of Synecdoche, New York, and Duke Johnson venture into the world of stop-motion animation with this fable about a motivational speaker seeking to transcend his monotonous existence. "I have this very adverse reaction to Hollywood romances," Charlie Kaufman once told American broadcaster Charlie Rose. "They've been very damaging to me growing up." In Anomalisa, he and Duke Johnson adapt Kaufman's play of the same name into a mesmerizing work of stop-motion animation. This story of two unlikely lovers is very much a romance — but one that's been forged in one of cinema's most distinctive minds. Michael Stone (David Thewlis) is a successful motivational speaker with fans across the country, but inside him sits a knot of anxiety that renders much of his daily life meaningless. Everything and everyone just seems the same to him. But then Michael meets Lisa (Jennifer Jason Leigh) on a speaking-tour stop in Cincinnati. Lisa is an anomaly. Michael and Lisa begin with prickly, cautious conversations and then move towards love. But, unlike in a conventional Hollywood romance, that romantic arc is neither simple nor obvious. The love scene at the heart of Anomalisa should instantly rocket up the list of cinema's greatest. It's intimate, awkward, heartbreaking, and deeply erotic despite the fact that the lovers are made of felt. Returning to the themes of human connection and artistic creation that ran through his feature directorial debut, Synecdoche, New York, as well as his screenplays for Being John Malkovich, Adaptation, and Eternal Sunshine of the Spotless Mind, Kaufman delivers an even more insightful rumination on love here, one that finds its perfect expression in the fragility of the film team's stop-motion figures. This is a beautiful, one-of-a-kind romance.
— CAMERON BAILEY
Screening with: Seven Ways From Sunday,
Screenings
Angelika 7
Thursday
10/15
9:00pm (CDT)
Director
Duke Johnson, Charlie Kaufman
Screenwriter
Charlie Kaufman
Cast
Jennifer Jason Leigh


Director Bio
DUKE JOHNSON is a graduate of the American Film Institute. Duke most recently directed his first feature film, ANOMALISA, alongside Charlie Kaufman. ANOMALISA premiered at the 42nd annual Telluride Film Festival and went on to receive the Grand Jury Prize at the 2015 Venice Film Festival. The film saw a brisk pursuit for its distribution rights at the Toronto International Film Festival before Paramount Pictures acquired it for just north of $5 million. The deal was made as it played in Toronto’s Special Presentations category and is currently slated for a December 30th release in both New York and Los Angeles. Duke’s previous credits include the Adult Swim shows “Moral Orel,” “Mary Shelley’s Frankenhole” and “Beforel Orel.” He directed the Emmy Award winning episode of NBC’s Community: “Abed’s Uncontrollable Christmas.”

(Co-director/writer/producer) wrote the screenplays BEING JOHN MALKOVICH, HUMAN NATURE, ADAPTATION, CONFESSIONS OF A DANGEROUS MIND, and ETERNAL SUNSHINE OF THE SPOTLESS MIND. He wrote and directed the film SYNECDOCHE, NEW YORK.
Presenting Sponsors: 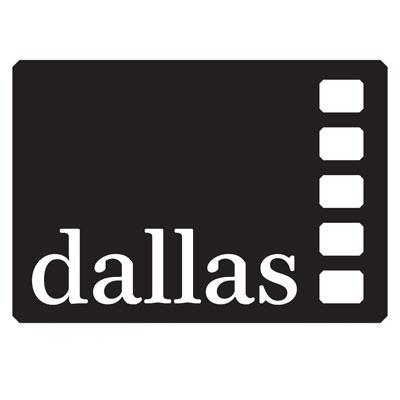