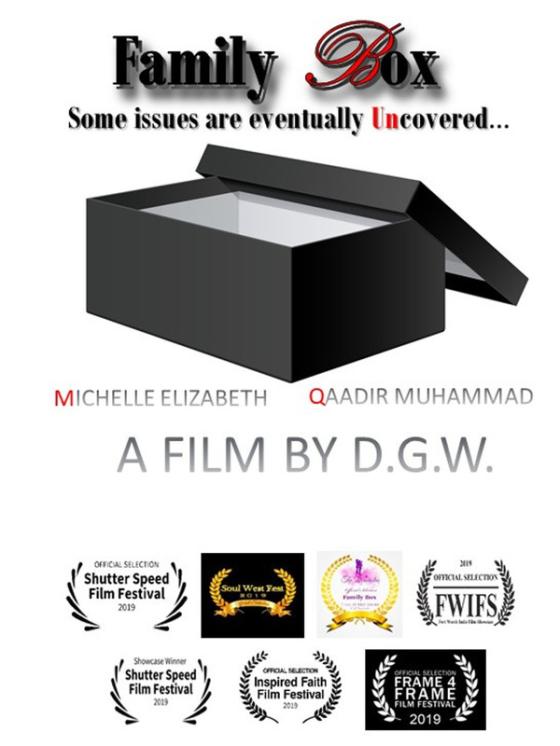 PLAY TRAILER
Family Box
United States, 16 min., Color, English
Charles Jr. who has never gotten a chance to be raised by his father who has been in and out of prison his whole life. He leans on his mother for guidance and the ways of manhood. Charles Jr.’s father has left him a box which is to be given to him by his mother when he becomes a man but little does the young man know that the time to step up to manhood comes sooner than expected when his father is killed in prison. This short film will teach young boys to follow their own road to Manhood rather than follow those men in their family who have taken the lesser road of becoming a man. Every man makes a life altering decision for their life by circumstance or by choice.
Screening with: Jesse Lott: Art & Activism, BLOOM, Momma Loves Me., One Last Goodbye, SOUND,
Screenings
Alamo Drafthouse-Theater 1
Sunday
1/26
12:00pm (CDT)
Director
Ron Clemons


Director Bio
Ron Clemons is new to film on the directing side. Originally from Kansas City, Mo and now residing in Dallas, TX, He is a SAG Eligible actor as well as a professional model. He has been speaking and mentoring in the community over 15 years. This is his first film but won't be his last as he looks to direct films that will directly connect to everyday hard working people, save lives and leave a lasting impact in the world.
Presenting Sponsors: