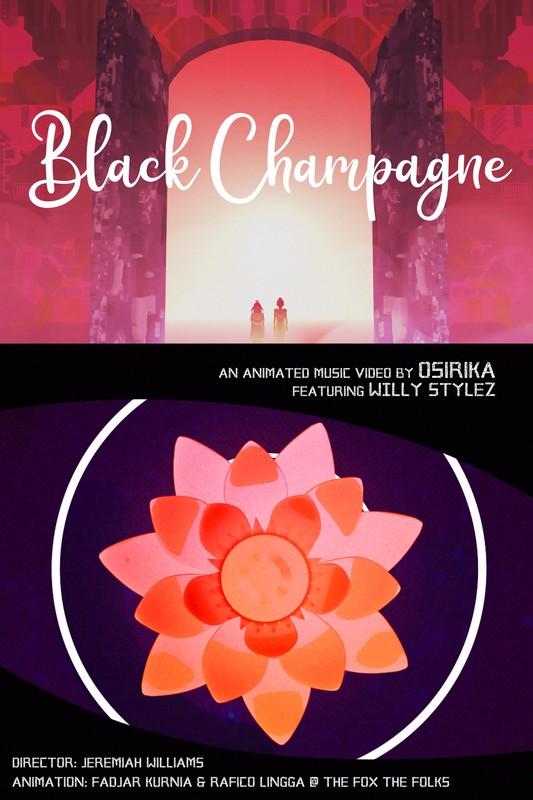 PLAY TRAILER
Osirika - Black Champagne
United States, 5 min., Color, English
Priestess Queen Suraya and Priest King Jamari are the leaders of the magical Nemanyo civilization and derive their powers from an ancient lotus flower that was brought to earth from their ancestors thousands of years ago. Envious of their sacred power and magic, the Nemanyo fall under siege by the Czar of Chezidak and his horde of militants. Left for dead, Suraya and Jamari rise from their war-torn sunken city to reclaim their power and set their beloved people free. Black Champagne is the first episode of an animated music video series titled "The Osirika Legacy". Parts II and III are currently in production and titled "Dispel The Darkness" and "Heaven", respectively.
Screening with: MINO: A DIASPORIC MYTH, The SixTripleEight,
Screenings
Alamo Drafthouse-Theater 8
Saturday
1/25
3:45pm (CDT)
Director
Jeremiah Williams


Director Bio
Jeremiah Williams is an independent music producer, songwriter, sound engineer and animation director from Seattle, Washington and specializes in producing urban music and animation content highlighting stories, narratives and characters from people of African descent. During his early childhood years, he was heavenly influenced by the Japanese animation series Star Blazers (Space Cruiser Yamato) and continued to develop a love for anime style films such as Spirited Away, Princess Mononoke, Ghost in the Shell, Akira etc. It wasn't until much later in life, after he had mastered the craft of music production and sound engineering, that he began putting together ideas for his own animated shorts and animated music videos. Jeremiah currently resides in Seattle, Washington, though recently has been spending a considerable amount time in the Philippines where his creative ideas seem to flow more abundantly. He is currently working on Parts II and III of his animated music video series and plans to release a few animated short narratives.