Latasha Harlins: A Rose That Grew from Concrete
United States, 33 min., Color, English
The story of Latasha Harlins, a mild-tempered 15-year-old girl from South Central, struggles to find herself in a world where she must overcome the tragedy and heartbreaks of the past. NOTE: ADULT LANGUAGE
Screening with: Sankofa, The Tree and the Pirogue, Freedom's Name is Mighty Sweet,
Screenings
Campus Theater
Friday
1/24
12:30pm (CDT)
Director
Shannon Dion


Director Bio
Shannon Dion (born January 31, 1986) is an American film director, screenwriter, and producer. Dion was born in Dallas, Texas. His parents divorced, when he was only 2 year-old and he was raised by his mother and grandmother in East Oak Cliff. Growing up, he participated in extracurricular activities, such as church events, track and field, football, and basketball. But his greatest joys came from drawing and writing poetry. Dion attended Oliver W. Holmes Humanities/Communications Academy where he excelled in theatre and drama as a young actor. In his second year of high school, he was Awarded 10th Grade "DUKE" 2001-2002 at Franklin D. Roosevelt High School. In 2003, he won third place runner up award for an International Peace Art contest and received a certificate of Artistic Recognition signed by Congresswoman, Eddie Bernice Johnson. In 2004, he won first place cash reward for winning a Poetry Election Battle contest based on the 2004 Presidential Election Race between former President George W. Bush and Senator John Kerry. In 2009, he studied Fashion Design for 2 years at El Centro College, before transferring to Oakwood University, where he would earn a Bachelor of Fine Arts in Broadcast Journalism and a minor in Theology in 2016. Although, Oakwood did not have an academic program for film, Dion took it upon himself to utilize the camera equipment from his department to create 2 short films and 1 documentary. During his matriculation at Oakwood, he worked as a Forklift Operator for FedEx Freight, a Camera Operator for Breath of Life Television, and served as intern Video Editor for Oakwood University Broadcasting Network. He also was a member of Art-N-Soul, Poetry Club. In 2015-16, Dion was nominated for Communication Student of the year at Oakwood University. Not long after, he moved to Pasadena, CA, where he was accepted in ArtCenter’s College of Design Film Department. While at ArtCenter, he wrote and directed 2 short films. One of which highlights the life of Latasha Harlins, the African American teenager who was shot and killed in a convenience store in South Central LA in 1991. He is currently working on a new documentary entitled, “Black History is American History.” In the summer of 2019, Shannon graduated from ArtCenter College of Design, receiving his Master of Fine Arts in Writing & Directing.
Presenting Sponsors: 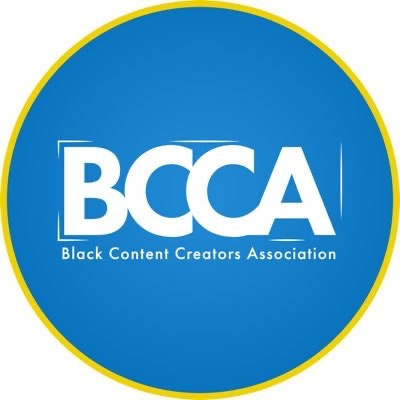