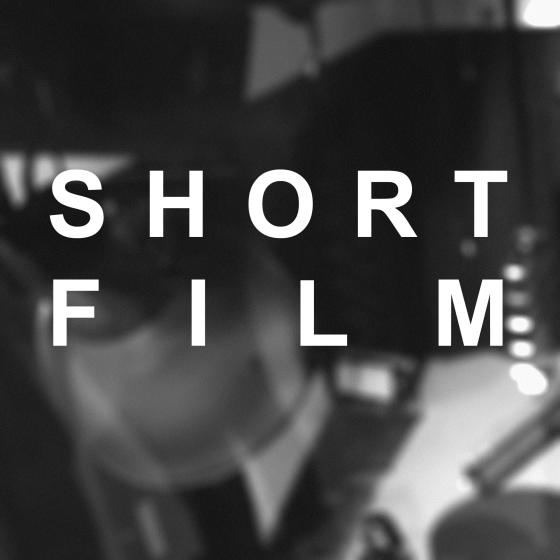 The Art of the Short Film
60 min.
FREE PANEL w/LIMITED SEATING- RSVP by Adding to Cart A short film is not just a mini version of a feature-length film but a form in and of itself, telling a complete story in a product that may run from a few minutes to around half an hour. This panel of filmmakers explores the unique qualities of short films as well as why creatives should embrace this genre. Attendees will also gain insight into different dimensions of developing, creating and editing a short film and benefit from practical advice about production strategies.
Screenings
NCTC- Denton Classroom 109
Saturday
1/25
10:30am (CDT)
Panelists
Calvin Walker, Jacolby Percy, Lizette Barrera, Kameisha Wooten
Moderator
Vaun Monroe

Calvin Walker
Calvin J Walker is an award-winning filmmaker based in the Dallas/Ft. Worth area. Calvin has been active in the independent film world since 2012. During that time, he’s written for producers from various parts of the world. He’s directed a multitude of projects within the webseries and short film space. Calvin’s casting agency WM Casting Group is becoming one of the go to agencies for production companies looking to cast diverse talent. Calvin has been married to his beautiful wife, Rayanna, since 2008. They have three amazing children.
Jacolby Percy
Jacolby Percy was born and raised in the Hamilton Park neighborhood of Dallas, Texas. In the late 90's he moved to Atlanta, Georgia to pursue a career in music producing and video production. While in Georgia he began writing scripts, shooting micro shorts, and documentaries. After moving back to Dallas he decided to forgo music production to concentrate on the art of filmmaking full-time. Jacolby has written and directed three award winning short films, a documentary and is currently working to produce an online series that will begin shooting in mid 2020. Trailer for ​Color Me Pretty ​ : ​https://vimeo.com/209469881
Lizette Barrera
Lizette Barrera is a Chicana filmmaker based in Dallas/Ft.Worth with ties in Austin, TX. Her film MOSCA (FLY) has been previously licensed with HBO. She was awarded The Filmmaker to Watch Award at the Women Texas Film Festival and the EBW by Sandra Adair cash grant from the Austin Film Society for her film CHICLE (GUM), which World Premiered at SXSW. She has received her MFA in Film Production at The University of Texas at Austin and has previously been a Senior Lecturer and Adjunct Assistant Professor at The University of Texas at Arlington. She is currently working as a Producer for Prelude Films is represented by Inclusion Management in Los Angeles.
Kameisha Wooten
Originally from Goldsboro, North Carolina, Kameishia Wooten earned her B.A. in Media Studies at the University of North Carolina at Chapel Hill and M.F.A. in Film Writing and Directing at Columbia College Chicago. Kameishia has written, directed, and produced 6 short films. THE TEST received first runner-up in IFP's Fly-Over Zone Film Festival. SOUTHERN CROSS placed as a semi-finalist in the HBO/Chase Film Legacy challenge and has screened in over 20 film festivals around the world, including Chicago International Children's Film Festival and Cannes Film Festival's Emerging Showcase. Most recently, her feature screenplay, DESTINY'S ROAD, was selected as 1 of 12 projects for the 2019 Women In Film Financing Intensive. Also, her proof of concept short film of the same name placed as a semi-finalist in the 2019 Tribeca Film Institute Pond 5 Program and will be touring the festival circuit in 2020. She currently works at Netflix, where she oversees document delivery for the Original Studio Film group. Kameishia resides in Los Angeles where she’s a member of Alliance of Women Directors, Women In Film, Women In Media, and Film Independent. Kameishia's mission as a filmmaker is to create content that fosters culture, diversity, and community.
Vaun Monroe
“I am a bluesman, drama is my axe.” Monroe is currently the Executive Director of the Nate Parker Film Foundation Program at Wiley College. He was previously the Senior Story Analyst for Ithaca Entertainment and President of the National Association of Black Screenwriters. He was the Artistic Director at Chicago Scriptworks where he produced numerous staged readings of award winning screenplays. He has produced, written and directed narrative films that have screened in film festivals both nationally and internationally. Monroe was a professor at Ithaca College after having won the prestigious James Pendleton fellowship in Screenwriting and also taught film courses at Cornell University, Morgan State University, and Columbia College Chicago. He is also one of the founding members of EDIT Media: Equity, Diversity, and Inclusion in Teaching Media, a faculty-driven initiative dedicated to researching, developing, and educating about best practices in inclusive teaching in college-level media production. Monroe was born and raised in South Central Los Angeles. He earned his BA in African American Drama at The Evergreen State College in Olympia, WA, and his MFA in Film and Media Arts from Temple University in Philadelphia