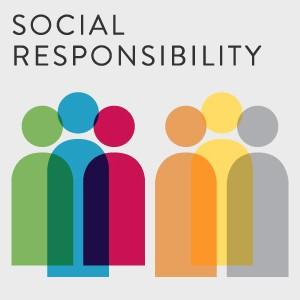 Social Responsibility of Media Makers Panel
90 min.
FREE PANEL- RSVP by Adding to Cart -As filmmakers, we are privileged with the gift of storytelling, to break down barriers and connect individuals through the power of film. In using that gift, what role do we play in representing the people and stories around us? Do we have a responsibility to showcase certain issues in our communities, and if so, how do we do so ethically and respectfully? This panel will be a discussion about how creatives can be activists in filmmaking and the ways art mediates social and political issues in our society.
Screenings
NCTC Denton Lecture Hall #212
Saturday
1/25
4:30pm (CDT)
Panelists
Christina Raia, Loki Mulholland, David Heredia, Tia Williams, Deborah Riley Draper
Moderator
Rebecca Aguilar

Christina Raia
Christina Raia is a New York City-based Writer/Director and the Founder of CongestedCat Productions. She focuses on character-driven narrative projects that explore social issues through humor and horror. Her work, consisting of over a dozen short films, a web series, and two feature films, has screened at film festivals around the world and gained a large online following through multiple crowdfunding campaigns and coverage on press outlets such as Indiewire and BuzzFeed. Through a desire to support other filmmakers, she works for Seed&Spark as the head of education, teaching and empowering creators to build their audience and crowdfund their work. She also runs IndieWorks, a monthly screening and community-building series showcasing short films by other New York filmmakers. Find Christina on social media: @craia9.
Loki Mulholland
Loki Mulholland is an Emmy-winning filmmaker, author, activist and son of Civil Rights Icon, Joan Trumpauer Mulholland. Loki’s films have received over 40 Telly Awards and his films on race and social justice issues have won 15 Best Documentary. His first book, "She Stood For Freedom" was nominated for the 2017 Amelia Bloomer Award. Loki speaks across the country on issues of race and social justice and is the founder and Executive Director of the Joan Trumpauer Mulholland Foundation which was created to end racism through education.
David Heredia
David Heredia is the founder of Heroes of Color LLC, an organization dedicated to promoting inclusion and diversity through art, animation and professional development. He has worked for Walt Disney Animation, Warner Bros. Animation, and DC Collectibles. His six-time award-winning educational video series “Heroes of Color” was awarded $60,000 in the Pitch Black Media awards in April 2019 which was hosted by Black Public Media. He has been featured in the New York Times, on NPR, and PBS Online. His upcoming children’s book “Little Heroes of Color” published by Scholastic is available in stores and online at amazon, target and barnes & nobles. David’s long-term commitment to educating artists has led to the creation of the Business of Freelance workshop program which focuses on educating college art students on how to generate income for themselves. Websites: www.heroesofcolor.com, www.thefreelancehustle.co Email: david@heroesofcolor.com Instagram: @_heroesofcolor Linkedin: https://www.linkedin.com/in/davidheredia/
Tia Williams
Tia “Tiara” Williams The path to greatness for a woman of color in life, as well as entertainment, isn’t always the easiest. Within the mind of Tiara “Tia” Williams her dreams aim to bring reality to both the silver screen and the male dominated entertainment industry. Born in Austin and raised in a small town right outside of the city of Houston, Tia followed in her mother’s footsteps and moved back to the weird city as an adult. Tia found her creative niche while podcasting about entertainment and politics and began blogging about victims of Police brutality. Soon after she began combining her true love for writing and passion for people of color and expanded her storytelling abilities with short stories and screenplays. In 2018 Tia made the decision to leave her position at a well-known tech company and make her dreams a reality. As a new filmmaker Tia’s goal is to use HER art to tell the stories that help not only entertain, but break down societal norms and stereotypes. Her latest project "Gentrified" has garnished national attention and aims to capture the financial and emotional effects of gentrification through a thought-provoking dramatic narrative web series.
Deborah Riley Draper
Deborah Riley Draper is a filmmaker and advertising executive. Her first documentary Versailles ’73: American Runway Revolution made its first appearance at the Marche du Film in 2012. The film had a limited theatrical run in the U.S and is distributed by Filmbuff. The film won both festival, critical and audience acclaim, including The New York Times, The LA Times and the St. Louis International Film Festival. Versailles ’73 had its cable TV premiere on Viacom’s Logo TV in September 2015. The documentary is optioned by Director Tate Taylor (The Help). Deborah Riley Draper’s second project Olympic Pride, American Prejudice, narrated by veteran Hollywood Actor Blair Underwood, reveals the seminal moment in Civil Rights when 18 African American defy Jim Crow and Aryan supremacy at the 1936 Olympics. Draper’s next project is a twisted love story set in the Harlem Renaissance.
Rebecca Aguilar
Rebecca Aguilar is a freelance reporter, news consultant, Emmy award-winner, and journalism professor. She has worked in seven television newsrooms all over the country including Fox 4 News in Dallas. In 38 years, she has covered stories on everything from hurricanes, major floods, the Super Bowl, and the Oscars. As a woman of color, she has worked to make sure diverse representation is included in news reports and inside the newsrooms where decisions are made daily on what stories will be covered. Today, Rebecca is the Diversity Committee Chair for the Society of Professional Journalists. The national journalism organization is committed to bringing diversity to a profession that needs it.