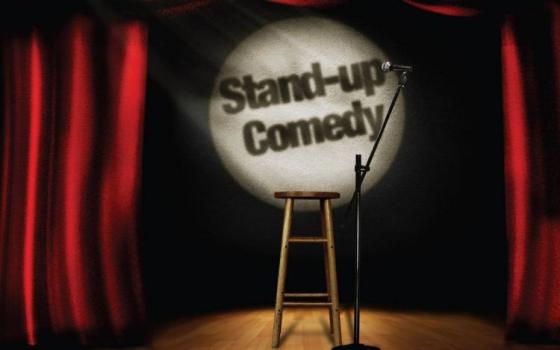 DBBF Comedy Competition Round 1
120 min.
"Let the Laughs Begin" Check out DBFF's Inaugural Comedy competition spanning two nights. All contestants must be 18 years or older to compete and the qualifications are simple. If a person says they are a comedian and has the $20 entry fee they can enter. The audience will let them know if they’re really a comedian or not. They’ll have 3 minutes to impress the panel of 3 judges as well as that audience. The comedians will be judged on Originality, Stage Presence and Crowd Response. Round One will allow up to 25 contestants. The field will be whittled down to 7 Finalists for Round Two, which will take place the following evening. To sign up here for the competition- https://www.eventbrite.com/e/dbff-comedy-competition-round-1-tickets-89196092915
Screenings
Patterson- Appleton Art Center
Friday
1/24
7:00pm (CDT)
Moderator
Daryl Littleton

Daryl Littleton
Darryl Littleton began his professional comedy career writing sketches for “The Tom Joyner Morning Show” on CBS Radio where he created the comedy persona, “D’Militant”. Soon afterwards he became a regular at the world famous Comedy Store and landed a job as D. L. Hughley’s exclusive writer during his tenure as host of BET’s Comic View. Darryl was promoted to writer/producer and penned material for Cedric the Entertainer, Sommore and Don DC Curry. Littleton has appeared on Martin Lawrence’s 1st Amendment, Mo’Nique, Def Comedy Jam, Loco Comedy Jam, The Parent Hood, Townsend Television, Unsung Hollywood: The Jeffersons, Showtime at the Apollo, BET’s Comic View, Uptown Comedy Club, Unsung Hollywood: Wayne Brady, Byron Allen’s Comic’s Unleashed and ABC’s America’s Funniest People where he was the Grand Prize Winner. Littleton’s film credits include, Diamond Dawgs and All Lies on Me. For years Darryl Littleton toured Europe and Asia as a stand-up comedian entertaining US military troops. Upon his return he released his comedy CD, Am I Lying?!, won the prestigious Bay Area Black Comedy Competition on its 20th Anniversary, worked as a commentator for NPR and published his first book, Black Comedians on Black Comedy, is taught at USC and was adapted into the Robert Townsend directed documentary, Why We Laugh where Darryl served as executive producer. Littleton co-hosted the podcast “Tuezdae’s with D’Militant”, toured as a public speaker, produced Black & Blue: The Laff Records Collection and dropped his sophomore album Too Raw for Mainstream along with publishing six additional books: How to Be Funny: The Essential Comedy Handbook; Forefathers, Pimp Down; Comediennes: Laugh Be a Lady; Black Revenge, How To Do Stand-Up Comedy: Preserving a Dying Art Form and the satirical graphic novel, “1 Broke Activist: The Adventures of D’Militant - Mein Trump”. Darryl Littleton is a Curator for the Comedy Hall of Fame and an Emmy nominated writer for his work on the documentary, Joan Rivers: Exit Laughing. He is the VP of Talent Acquisitions for the International Cable Broadcast Station, Humor Mill-TV and in the Fall of 2019 his eagerly anticipated, This Day In Comedy: The Ethnic Encyclopedia of Laughter will be released.