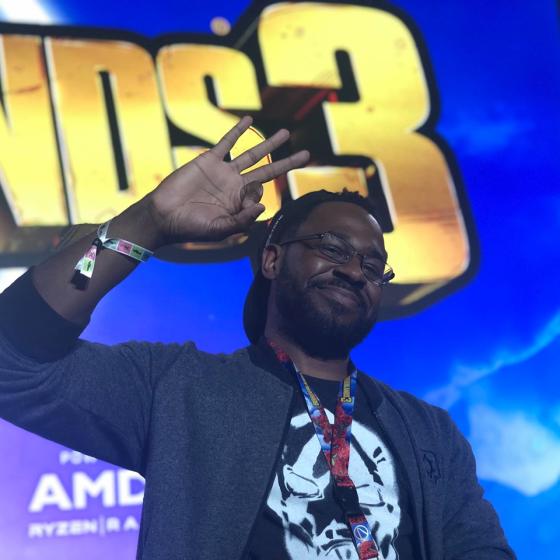 Kevin Powell
Kevin Powell is a Game Designer at Gearbox Software currently working on Borderlands 3. In his current role he uses Unreal Blueprint to create various objects used for missions and proofs out system designs throughout the title. Kevin has been in the industry for 10 years and has worked on titles such as Global Agenda, Tribes: Ascend, SMITE, and Battleborn. Kevin graduated from Savannah College of Art and Design in 2010 with a BFA in Interactive Design and Game Development.