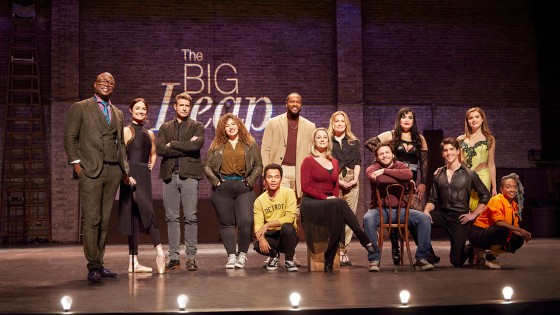 THE BIG LEAP
FOX, 90 min.
FOX will premiere their new dramedy “The Big Leap,” a modern tale about second chances, chasing your dreams and taking back what’s yours. From creator/executive producer Liz Heldens, director/executive producer Jason Winer and executive producer Sue Naegle, the show revolves around a group of diverse, down-on-their-luck characters attempting to change their lives by participating in a potentially life-ruining reality dance show that builds to a live production of “Swan Lake.” Attendees will get an early look at the pilot episode of the series, which was recently picked up to series, followed by a Q&A with cast and creatives.
— Screening is only available in US and will not be available for replay.
Screenings
Screening
Saturday
6/19
2:30pm (CDT)
Panelists
Liz Heldens, Jason Winer, Scott Foley, Teri Polo, Ser’Darius Blain, Simone Rescasner
Moderator
Breanne Heldman