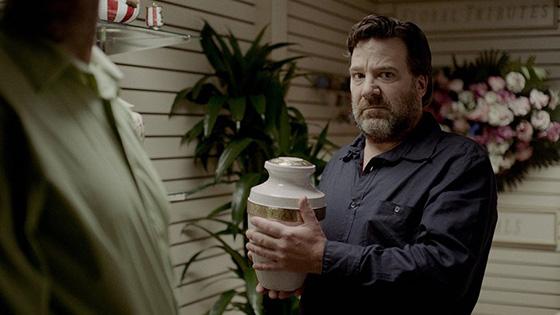 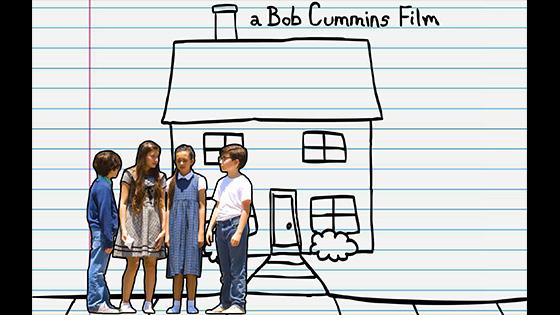 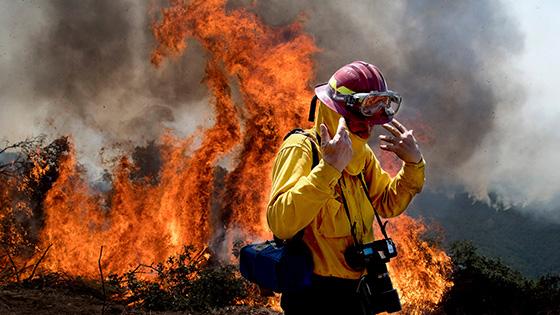 The Human Element - Presented by EarthxFilm
Renowned photographer James Balog (CHASING ICE) uses his camera to reveal how environmental change is affecting the lives of everyday Americans. Following the four classical elements— air, earth, fire and water— to frame his journey, Balog explores wildfires, hurricanes, sea level rise, coal mining, and the changes in the air we breathe. With compassion and heart, THE HUMAN ELEMENT tells an urgent story while giving inspiration for a more balanced relationship between humanity and nature.
...MORE 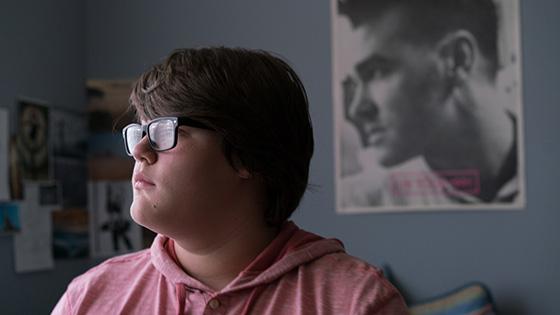 Imago - Presented by Flicks by Chicks
The courageous, life-altering decision to never let anyone bully him again – not even his own father – leads a 15-year-old gay teen to fully embrace his true identity. Based on a true story.
...MORE 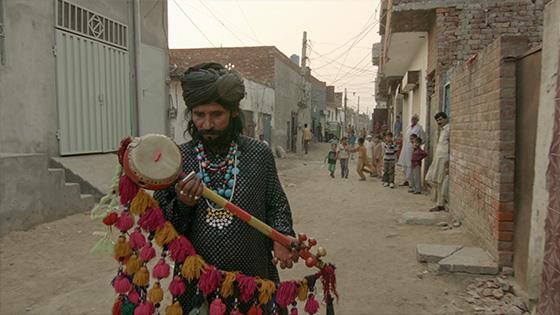 Journey Within - Presented by South Asian Film Festival
In a post 9/11 Pakistan faced with challenges of war and conflict, a quest for self-identity leads the inspirational journey of a music show to help reclaim the rich and vast musical heritage of this region. In doing so it has become one of the biggest music initiatives from this side of the world, bringing together unique cultural experiences and genres, including but not limited to folk, sufi, rock, pop and rap music. We experience this important period in music by discovering the show from its humble beginnings, living through its spirit to reach the heart of the experience, as artists unify eastern and western sounds to make music that will resonate across the globe; impacting all involved and planting the seeds for an ongoing inward reflection towards who we are as individuals and as a people.
...MORE 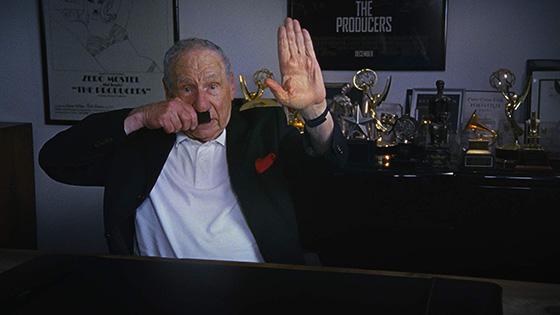 The Last Laugh - Presented by 3 Stars Jewish Cinema
Are we allowed to make jokes about the Holocaust? In this outrageously funny and thought-provoking film, director Ferne Pearlstein puts the question about comedy's ultimate taboo to legends including Mel Brooks, Carl Reiner, Sarah Silverman, Gilbert Gottfried, Alan Zweibel, Harry Shearer, Jeff Ross, Judy Gold, Susie Essman, Larry Charles, Jake Ehrenreich, and many other critical thinkers, as well as Holocaust survivors themselves.These interviews are woven together with a vast array of material ranging from "The Producers" and "Curb Your Enthusiasm," to clips of comics such as Louis CK, Joan Rivers, and Chris Rock, to newly discovered footage of Jerry Lewis' never-released film Holocaust comedy "The Day the Clown Cried," to rare footage of cabarets inside the concentration camps themselves. In so doing, THE LAST LAUGH offers fresh insights into the Holocaust, our own psyches, and what else—9/11, AIDS, racism—is or isn't off-limits in a society that prizes freedom of speech.THE LAST LAUGH also disproves the idea that there is nothing left to say about the Holocaust and opens a fresh avenue for approaching this epochal tragedy. Star-studded, provocative and thoroughly entertaining, THE LAST LAUGH dares to ask uncomfortable questions about just how free speech can really be, with unexpected and hilarious results that will leave you both laughing and appreciating the importance of humor even in the face of events that make you want to cry.Created by the award-winning team of Ferne Pearlstein ("Sumo East and West" and "Imelda"), Amy Hobby (Academy Award nominee for "What Happened, Miss Simone?"), Anne Hubbell ("Gayby"), Robert Edwards ("One More Time" aka "When I Live My Life Over Again") and Jan Warner ("Poetry of Resilience").
...MORE 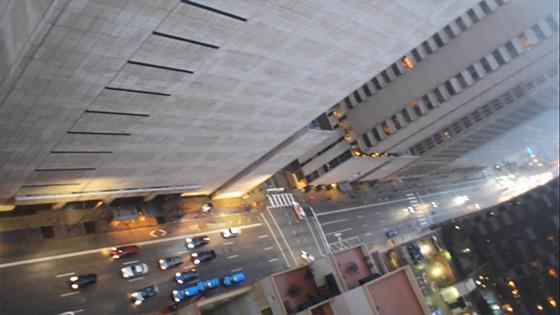 The Last Spring - Presented by Pegasus Film Festival
A subtle perspective on nature and how distant it can feel due to the sometimes overwhelming industrial industry.
...MORE 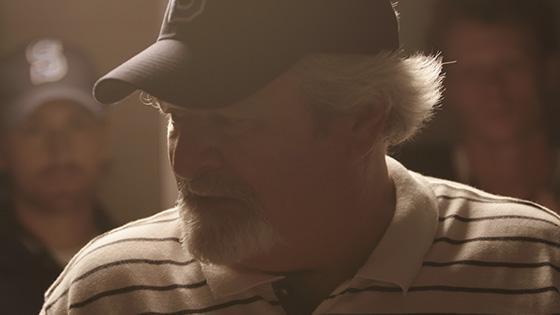 The Last Whistle - Presented by Lone Star Film Festival
When the all-star player of the local high school football team collapses during practice, all eyes turn to the storied head coach. Instead of mollifying the situation, the coach tries to maintain the team's winning streak. The town turns against him, leading to a lawsuit from the player's mother.
...MORE 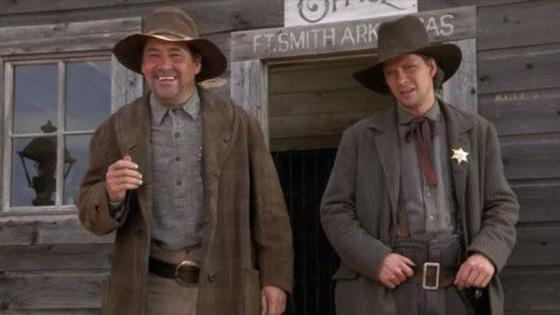 Lonesome Dove - Presented by Crossroads of Texas Film & Music Festival
Episode 1 of the legendary mini-series about love and adventure in the Great American West. Gus McCrae and Woodrow Call, two retired Texas Rangers, lead a peaceful existence in the small Texas town of Lonesome Dove. Then an old friend of dubious repute arrives, telling tales on the fortunes to be made in the uncharted territory of Montana. The pair are thus persuaded to undertake a hazardous cattle drive to build an empire in the new land.
...MORE 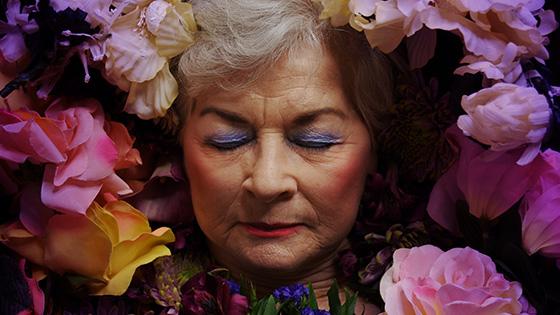 Louise - Presented by Pegasus Film Festival
Louise, and the mysterious events leading up to her funeral.
...MORE 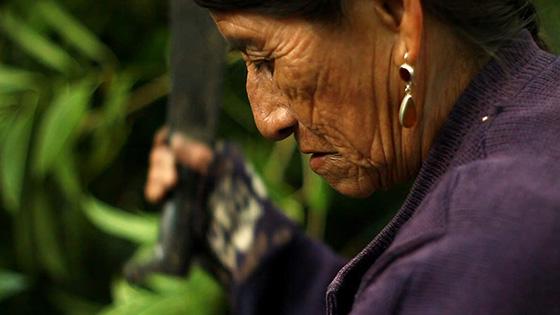 The Modern Jungle - Presented by Thin Line Film Festival
The Modern Jungle is a portrait of globalization filtered through the fever dream of a Mexican shaman, don Juan, who falls under the spell of a pyramid-scheme-marketed nutritional supplement. Juan’s neighbor Carmen lives simply, in harmony with the land her martyred husband paid for with his life. The film documents their struggles and encounters with outside forces: from capitalism and commodity fetish, to the culture of cinema, and the directors of this film.
...MORE 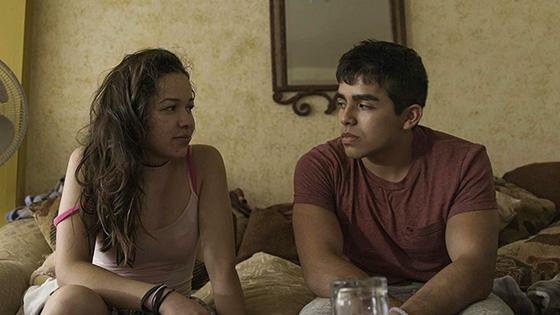 Mosca - Presented by Dallas VideoFest
A wayward teen revisits her hometown to reconnect with her cousin, despite her aunt's wishes.
...MORE
1
2
3
❯