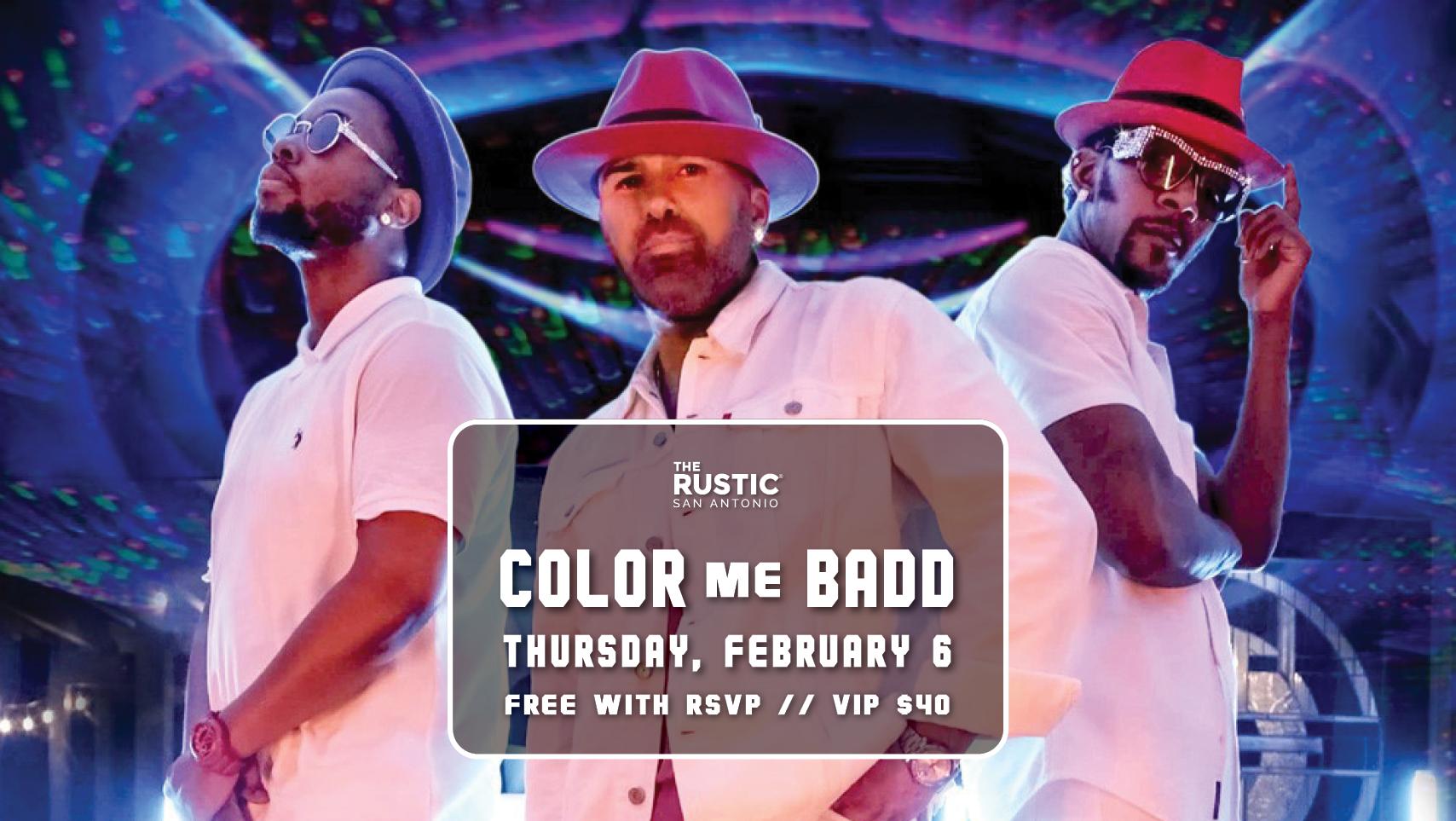 Join us for an evening with Color Me Badd!

About Color Me Badd:

Color Me Badd is an American contemporary R&B group that was formed in Oklahoma City, Oklahoma. Best known for their singles "I Wanna Sex You Up", "I Adore Mi Amor" and "All 4 Love", the group has sold over 12 million records worldwide, had two number 1 hit singles, nine Top 40 hits and a triple-platinum album. They were nominated for two Grammy Awards, won two Soul Train Music Awards and one American Music Award, and were nominated for five others. Their songs have been featured in movies and on television programs including New Jack City, Mo' Money, No Strings Attached and Glee. They made a cameo appearance as themselves on a 1992 episode of Beverly Hills, 90210.

Along with Boyz II Men, Hi-Five, Shai, Silk and All-4-One, Color Me Badd were considered the leaders of a resurgence of post-doo-wop harmony group singing in the early 1990s. Color Me Badd invented the term "hip-hop doo-wop" to describe its sound, which combines four-part pop-soul harmonies with a hip-hop influence. The group was inducted into the Oklahoma Music Hall of Fame in 2000.

Color Me Badd has had a lasting influence on R&B music. "I Wanna Sex You Up"  has appeared in numerous films and television shows, including, Glee, SNL, New Jack City, You Don't Mess with the Zohan, and No Strings Attached.

TIPS for the show
-- ARRIVE EARLY: This event is majority standing room throughout the facility.
-- RAIN OR SHINE
-- TICKETING QUESTIONS? Contact Prekindle Online Ticketing at www.prekindle.com.
-- SELF PARKING available throughout The RIM. All parking spaces in The RIM are available on a first come, first served basis.
-- RIDE SHARING is strongly suggested. Don't drink and drive!
-- ALL AGES are welcome!
All Ages