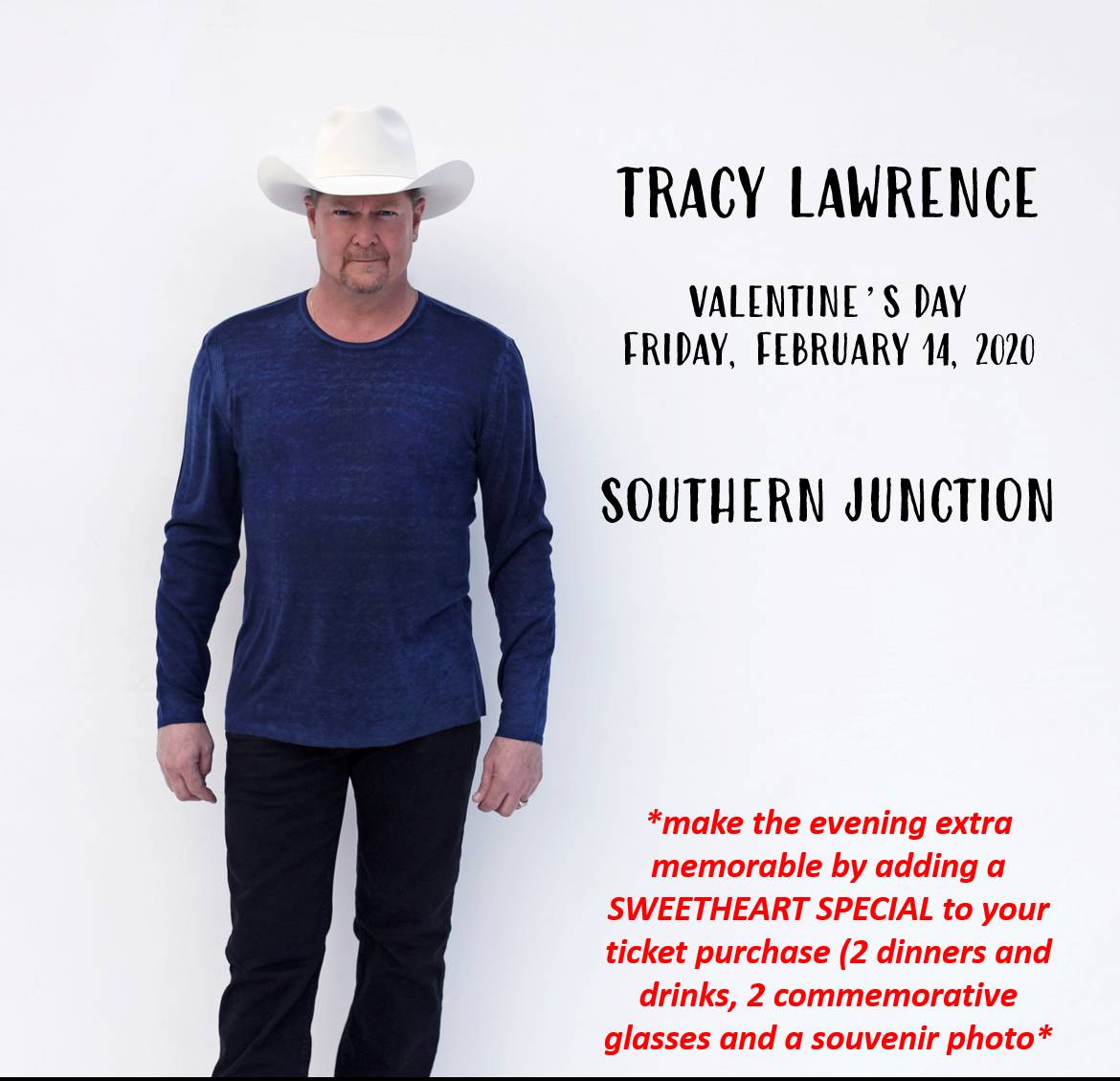 By nearly every metric, Tracy Lawrence is a Mega-Watt success story. Thirteen million albums sold. A collection of No. 1 Singles. Twenty-two songs on the Billboard Top 10 Charts. A slew of CMA and ACM awards. Even a Grammy nomination. Yes, the small-town, Arkansas-bred teenager who arrived in Nashville nearly three decades ago with a guitar and $700 in his pocket has done himself proud. Don’t remind him, though. Because despite it all, the “Sticks and Stones” icon has always felt it important to maintain a steadfast workmanlike approach to and sheer reverence for his craft. “I still see myself as that kid that came to town and idolized Merle Haggard and George Strait,” Lawrence, who is currently in the studio working on a new album, due out later this year, says with a sense of wonder in his voice. “If you’re a lawyer, you put your suit on every day and you go to work. I go to work. I put my uniform on and I go to my job. I’ve been blessed."

*Add the SWEETHEART SPECIAL to your ticket purchase and make Valentine's Day even more memorable!  The special includes 2 dinners, 2 drinks, 2 commemorative glasses, and a souvenir photo. (Upgrade option avaliable in the drop down menu beneath the seating chart)*