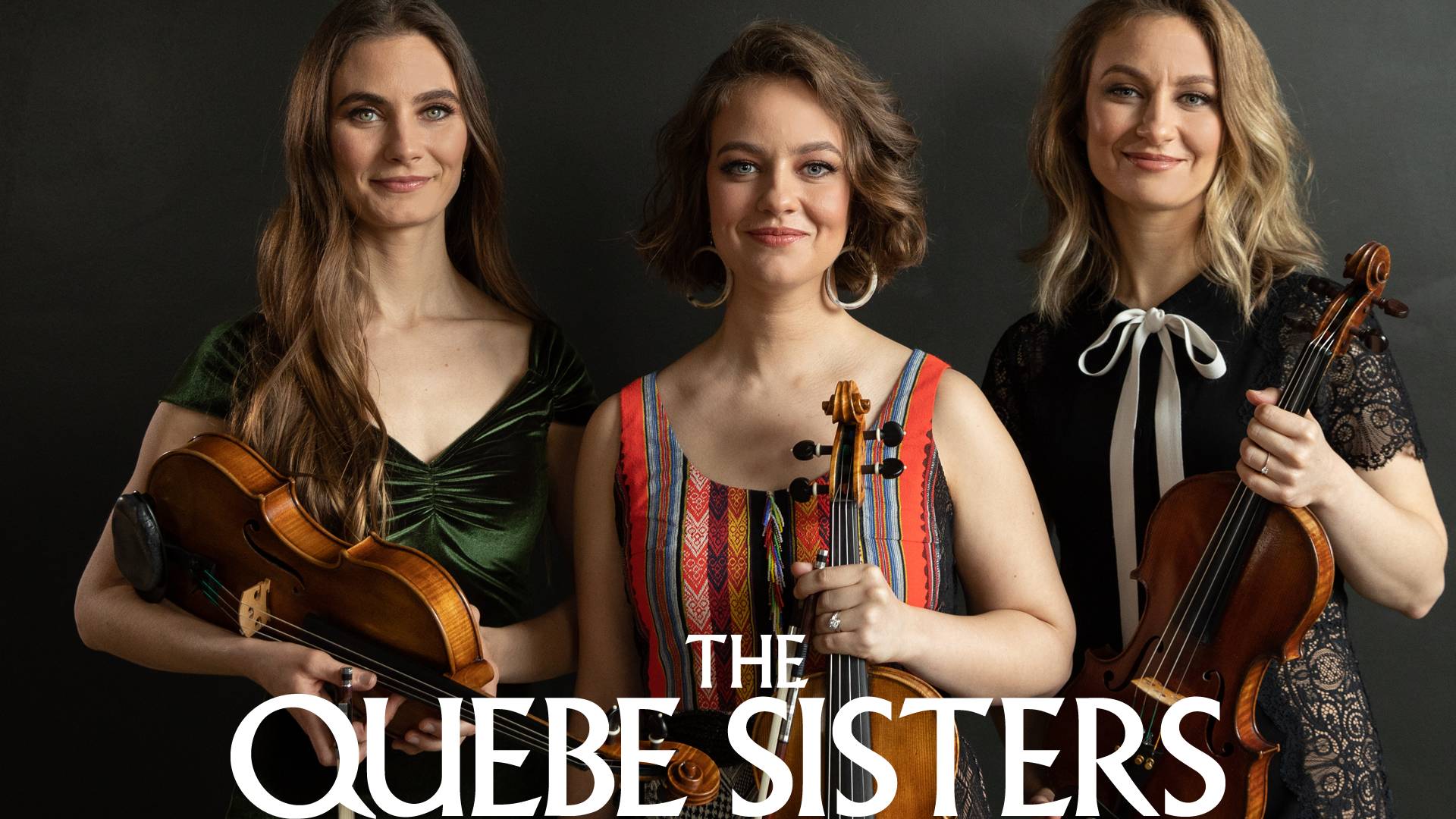 The Quebe Sisters w/ The Farmer And Adele

The Quebe Sisters
with The Farmer & Adele

“We differentiate our music as ‘Progressive Western Swing’ from simply ‘Western Swing’ because we aren’t trying to sound just like Bob Wills,” Grace Quebe explains. “Instead, we continue his vision, playing the style he pioneered in an authentic way by incorporating new genres and songs, interpreting them using our own unique voice through Country instrumentation.”

The band’s stripped-down acoustic instrumentation breathes new life into seasoned sounds once found in Texas dance halls and honky-tonks. Grace continues, “To us, preserving the tradition of Western Swing isn’t about keeping something alive like a relic. Western Swing has always been about innovation.”

Innovation has led the sisters to channel the musical connection between danceability and emotiveness, combining old sounds with new feelings and old feelings with new sounds. It’s not nostalgia that drives the band as purveyors of Western Swing, but the aspiration to take the music back to its roots and sustain the spirit of Swing.

With the sounds of classic songwriting in their music and the future in their sights, The Farmer & Adele are reimagining the modern cowboy/cowgirl while respecting its beginnings. Based out of Nashville, TN, The Farmer & Adele – led by Grace Adele and Keenan Wade – leads the pack of a new wave of musicians revitalizing western swing music. With a star-studded record, award nominations and their own morning radio show, The Farmer & Adele are a one-two punch of classic meets modern.
The Farmer & Adele have also quickly rooted themselves into the fabric of music communities near and far. The band’s debut effort, Into the Wide Open Sky, was selected to be featured as part of Nashville Public Library’s Boombox series, a closely curated music collection highlighting the best artists in Nashville. Most recently, the band was nominated by the Ameripolitan Music Awards for Best Western Swing Group. Also, their annual Country and Western Christmas Party tour is a beloved tradition that travels annually nationwide, featuring classic Christmas tunes, original holiday songs and their own take on The Nutcracker with a western swing twist.
Event by
Open Chord
Calendar
Website
Facebook
Twitter
Instagram