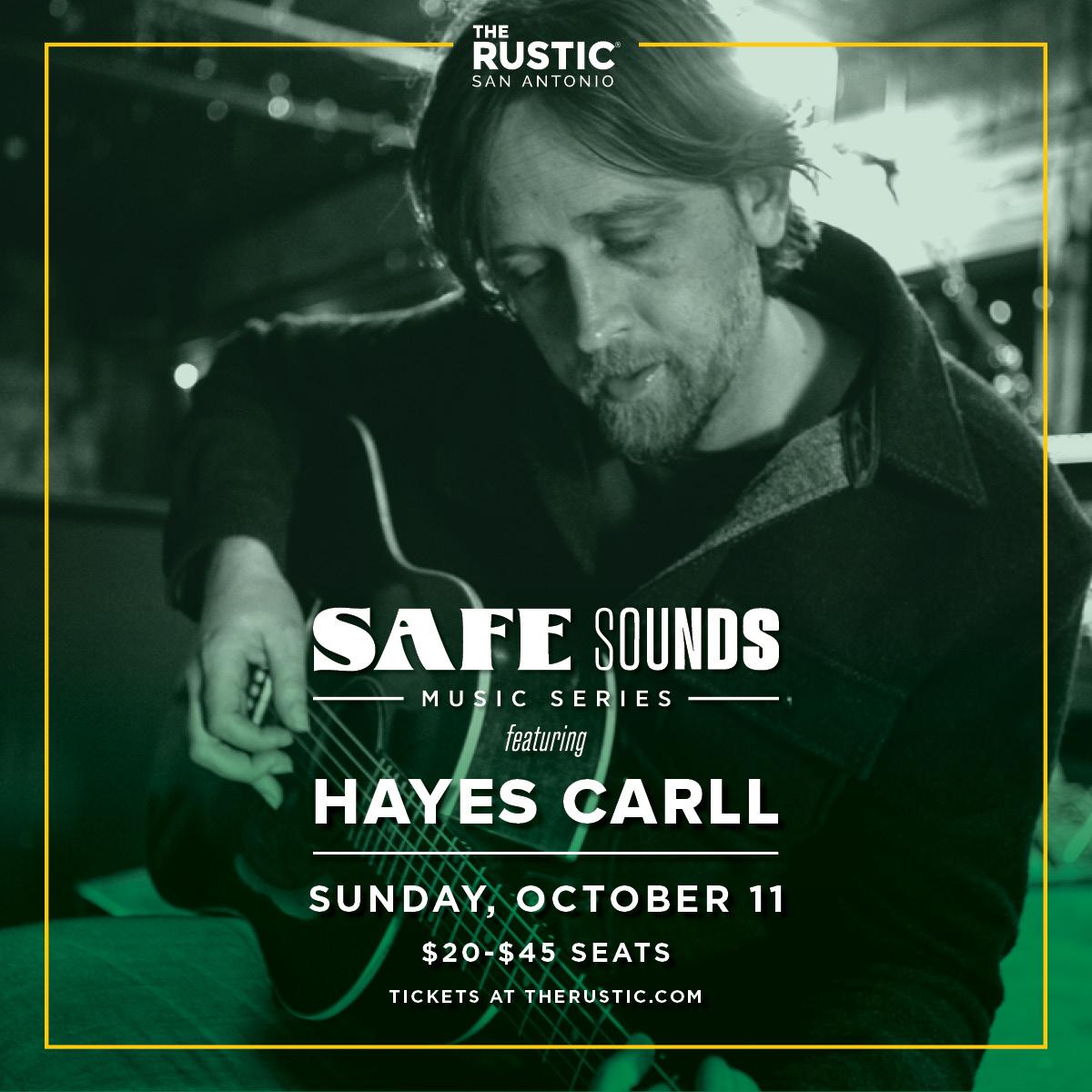 Join us for an evening with Hayes Carll at The Rustic San Antonio as a part of our Safe Sounds Music Series!

— Dedicated table service
— All guests will be seated at socially distanced tables
— All tables will have limited seating
— Masks are required by all guests and team members
— Menus available through a QR code, to limit contact with servers
— Staggered arrival times for guests, to space out their arrival
— No standing room will be permitted. Guests will only be allowed to walk around when entering, exiting or going to the restroom in which they must be wearing a mask.
— Photos and video will not be permitted
— Increased security to ensure that all of the safety measures are being followed

About Hayes Carll: With a career full of critical acclaim and popular success, Carll could’ve played it safe on this, his sixth record, but he didn’t. The result is a musically ambitious and lyrically deep statement of an artist in his creative prime.

Hayes Carll’s list of accomplishments is long. His third album, 2008’s Trouble In Mind, earned him an Americana Music Association Award for Song of the Year (for “She Left Me for Jesus”). The follow-up, KMAG YOYO was the most played album on the Americana Chart in 2011 and spawned covers by artists as varied as Hard Working Americans and Lee Ann Womack, whose version of “Chances Are” garnered Carll a Grammy nomination for Best Country Song. 2016’s Lovers and Leavers swept the Austin Music Awards, and was his fourth record in a row to reach #1 on the Americana Airplay chart. Kelly Willis and Kenny Chesney have chosen to record his songs and his television appearances include The Tonight Show, Austin City Limits, and Later w/Jools Holland. Carll is the rare artist who can rock a packed dancehall one night and hold a listening room at rapt attention the next.