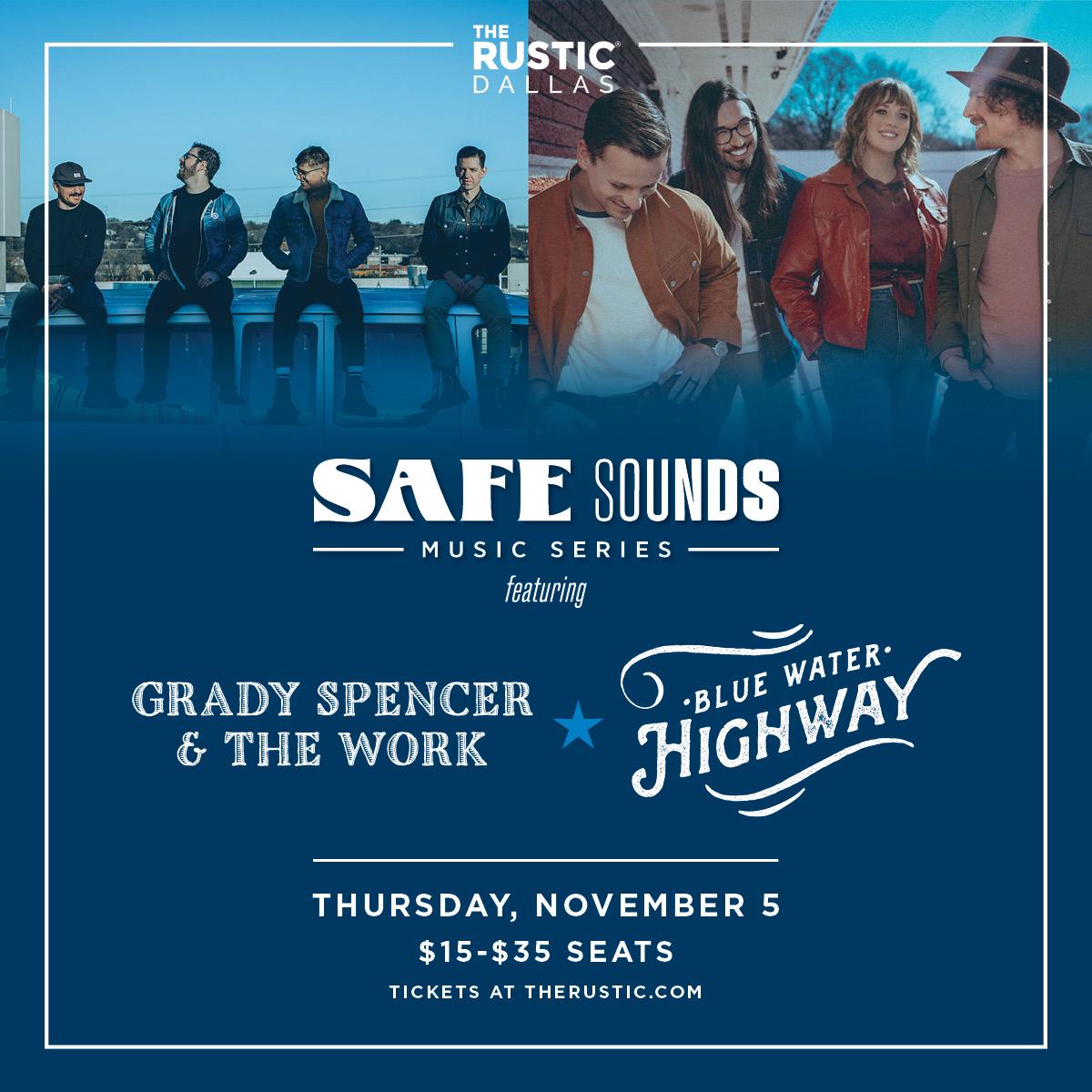 Join us for Grady Spencer & The Work + Blue Water Highway live at The Rustic Dallas, a part of our Safe Sounds Music Series!

About Blue Water Highway:
Blue Water Highway comes from the working class, coastal town background that has informed the work of so many of rock’s greatest writers and artists. They take their name from the roadway that links their hometown of Lake Jackson, Texas to Galveston, where the cops, the teachers, the baristas, and the chemical plant workers travel to work hard and to play hard, blowing off steam, dancing to their favorite bands. Blue Water Highway’s music is the soundtrack for their lives.