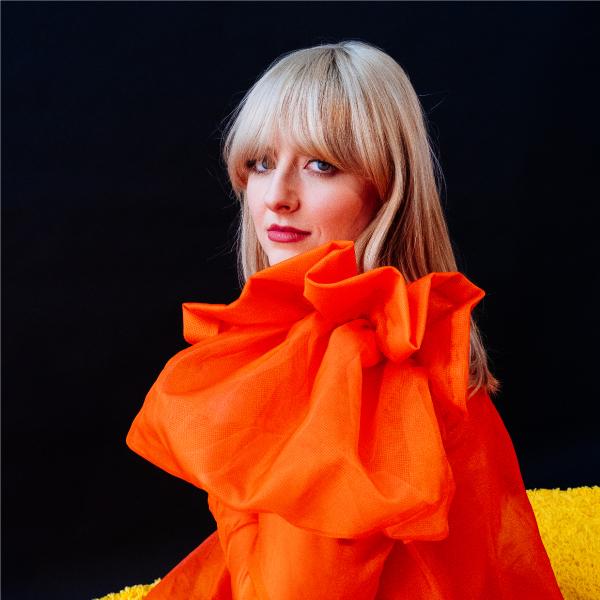 “I wanna try harder / To love myself like I would another,” Molly Burch sings on her captivating new album, Romantic Images. It’s a notion that lies at the very heart of the record, a guiding light to which Burch returns throughout the collection as she sheds the anxiety and insecurity of her twenties and embarks upon a bold new chapter marked by a radical embrace of herself and her womanhood.

“I wrote most of these songs in the months leading up to my 30th birthday,” Burch explains, “so I was doing a lot of reflecting on growth and change. Sometimes it’s only in hindsight that you can realize how far you’ve actually come.”

Indeed, Romantic Images marks a distinct evolution for Burch, both emotionally and sonically. Recorded in Denver with Tennis’ Alaina Moore and Pat Riley producing, the collection celebrates the timeless delights of a well-crafted pop song, flirting with Blondie, Madonna, and even Mariah Carey as it forges a joyful soundtrack to liberation and self-discovery. Burch deliberately worked with more women collaborators than ever before on the album, and the results are transcendent, reveling in the passion and the power of the divine feminine. Written with the live show in mind, the collection prioritizes ecstasy and escape, and it’s easy to hear Burch’s commitment to collective catharsis in her lifted, airy delivery, which manages to exude both thoughtful introspection and carefree abandon all at once. The shadow still lurks on the album, to be sure, but the light ultimately wins, as it always does when we’re brave enough let it in, and the result is an intoxicating collection all about coming into our truest selves, an honest, uplifting testament to the comfort and strength that comes with learning to look in the mirror and love the face staring back.

“I’ve written quite a bit about anxiety and heartbreak in the past,” Burch reflects, “but this record is more inspired by confidence and self-love. This is the most me I’ve ever sounded on an album.”