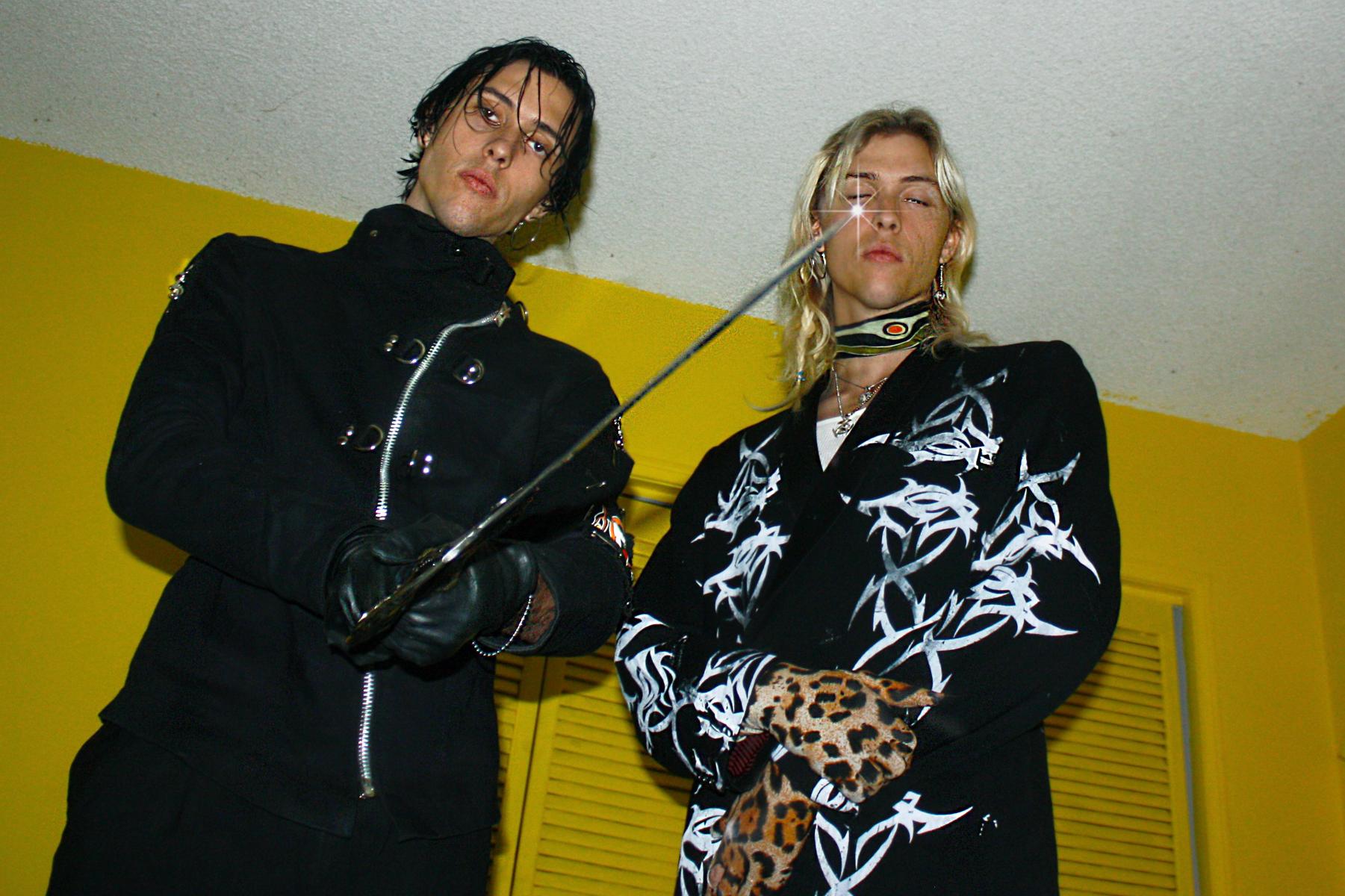 Twenty year-old identical twins who have been stirring the lively guitar scene in Orange County, California, with their rebelliously innovative blend of electronic punk conjured from, mostly, a bass guitar and a drum kit. They play three headline UK dates in December before going on tour with all-female rock band Warpaint in March.

The Garden emerged in 2011, but Fletcher and Wyatt have been playing together for a decade. Their father, who was in OC punk bands Final Conflict and Shattered Faith, played The Prodigy, Fatboy Slim and The Normal on the pre-school run. “It was an array of different bands that I thought were the weirdest thing ever as a kindergartner”, says Fletcher. “Those were my earliest memories.” The duo formed out of the ashes of another band, MHV, and were signed to prolific punk label Burger Records swiftly after. An 18 minute-long album, The Life and Times of a Paperclip, was released in summer 2013, after fashion designer Hedi Slimane invited the twins to walk the catwalk for Yves Saint Laurent – an event Fletcher is amused people still discuss nearly two years later. They have continued to release EPs despite their increasingly “crazy” travel demands over the past year.

Although The Garden’s hypnotic music shares a Lo-Fi, garage-punk sound, few songs sound distinctly alike. Fletcher’s arch, precise vocals on Open Abyss recall a scuzzier Edwyn Collins, but have the nasal edge of label-mate Ty Segall on I’m A Woman. The infectiously catchy We Be Grindin’ has a more familiarly punk three-chord structure which is interrupted by minimalist electronic beats. The sparse, drum and bass urgency of Cloak, meanwhile, is reminiscent of early Prodigy. Their latest single, Suprise!, has the propellant, gothic basslines and shuddering vocals of The Horrors’ debut album.

Aside from a childhood soundtrack of post-punk – from Killing Joke and Political Crap – the Shears twins have diverse interests: including Japanese video game composer Manabu Namiki, to Nineties American rapper E-40 and the late country singer Johnny Paycheck.

To avoid being pigeonholed, The Garden have invented the term "Vada-Vada" to describe their sound. “I can break the rules because I made up this universe and this thing,” says Fletcher. “That’s the whole beauty behind it. We don’t claim to be a punk band and we don’t claim to be a rock band. If we did that we’d have to stay inside boundaries that someone else made years and years ago.”