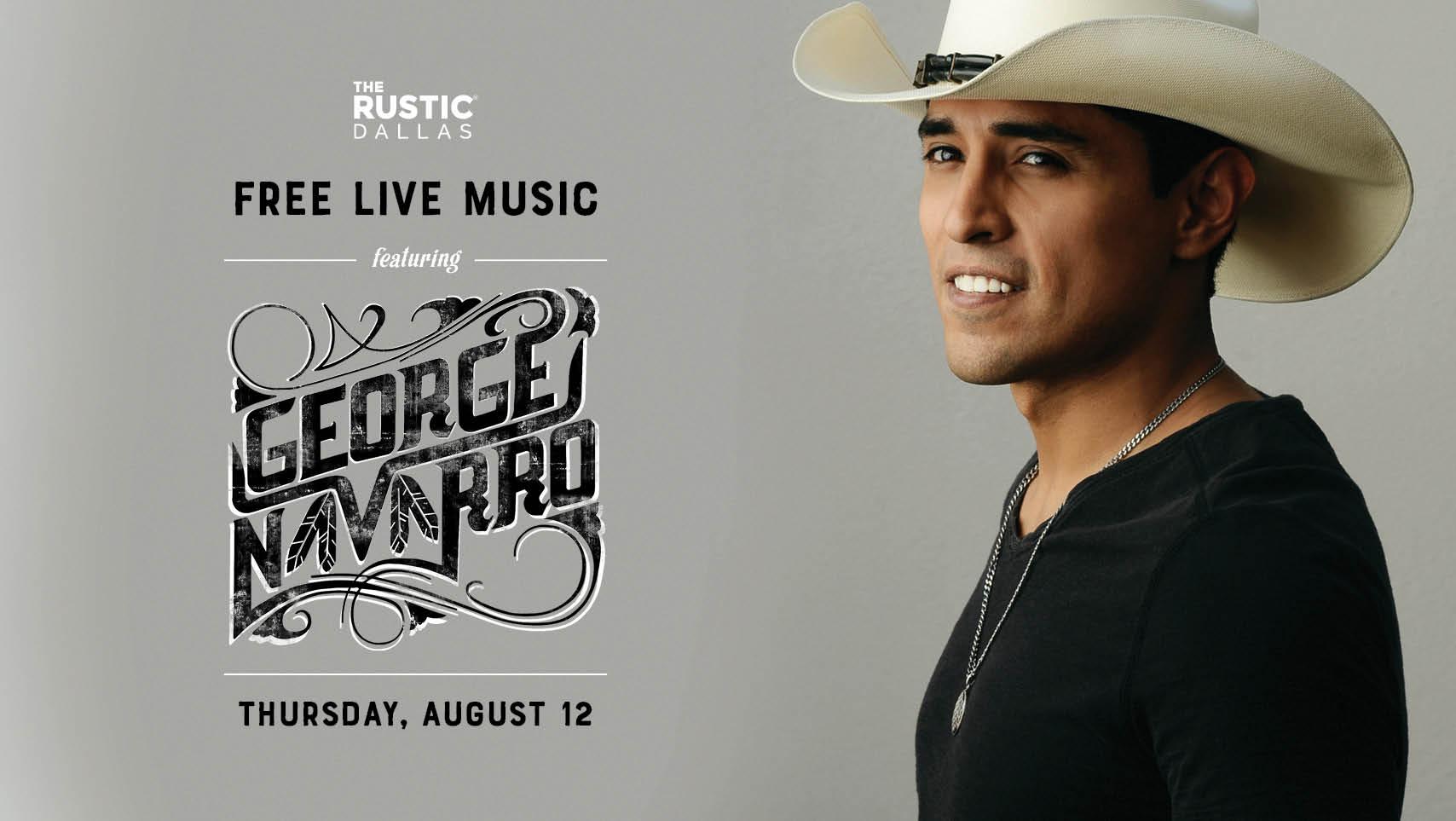 Join us for an evening with George Navarro at The Rustic - Dallas!

About George Navarro:
George Navarro is a young artist (he was born in Chihuahua, Mexico in 1991), and though being young in years, he already has a decades-long heritage of music and performing.   His father, Jorge Navarro, along with his uncles, are members of the Latin Grammy-winning band, Caballo Dorado.  The band dominated the music charts in 1997 with their smash hit “No Rompas Mi Corazon”, a Spanish rendition of Billy Ray Cyrus’ country hit “Achy Breaky Heart”.  The band has received multiple Grammy nominations and took home the Grammy for Best Group Album in 2009 and remains popular to this day.​

In 2013 a stroke sidelined his father, and George was asked to fill in for his father while he recovered.  Shortly after his 21st birthday George would join the Grammy winning band on its world tour for the next year and a half playing arenas and stadiums for crowd’s numbering over 25,000 people.  Today thankfully, Jorge has returned to health and his band, allowing George to write the next chapter in his career, leaving his home, family and country in search of a solo country music career in the United States.​

The U.S. country music scene is exactly where George wants to be and where he belongs.  While logging over ten years of experience on lead and acoustic guitar, he continues to add instrumental bullets to his ever growing musical holster, and is now an accomplished bass, fiddle and mandolin player.  George’s biggest bullet, however comes in the form of his signature vocals. With his warm and wonderful tone and wide vocal range, he has the ability to perform emotional ballads to country rock anthems with ease, coupled with his electrifying stage presence.

For many, it’s a forgone conclusion that the road to country excellence goes through Nashville, Tennessee.  So it was no surprise that on his first trip to Nashville in 2014 to showcase his talents, his performances were warmly received and highly praised by country music’s most powerful executives.  Additional affirmation came when one of his showcases caught the eye of one of the largest and most respected talent agencies in the world, Creative Artist Agency (CAA).  As a result of this showcase, he was immediately signed to one of the World’s most premiere touring rosters.

George can be found in support with some of the most popular national touring acts in the country including Billy Currington, Joe Nichols, Tracy Byrd, Loretta Lynn, William Clark Green and others.  Concert-goers can hear his original songs such as, “Like You Do”, a polished, up tempo number along with emotional ballads such as “Bar Talkin'”.  George continues to co-write with some of Nashville’s elite writers, including Phil O’Donnel, Wade Kirby, Brett Jones, Mark Nesler, Jim McCormick and others in preparation for his new EP release expected in the spring of 2020, with the first single titled "When She's Drinkin'".​

So While George Navarro continues his journey into country music, he hopes to add one more George alongside the legendary country crooners George Jones and George Strait – all signs seem to say he’s heading in the right direction. He hopes you will join him on this amazing musical journey.