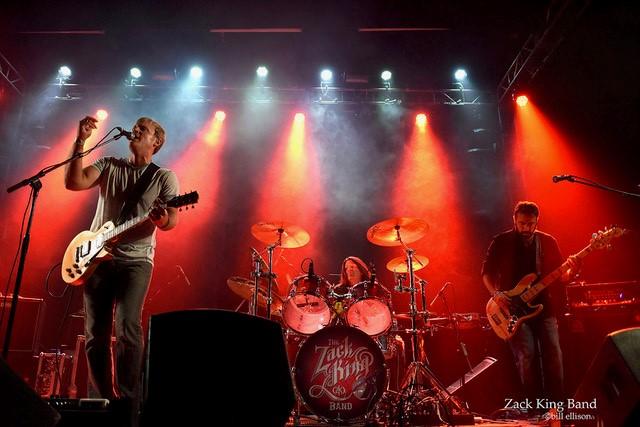 Zack King and his band have been performing their unique brand of Texas Rock across the U.S. for over 18 years.  In that time they have played with some of the most illustrious superstars in rock and country music.   They kicked off their career opening for legendary singer/songwriter Leon Russell and have since performed with the likes of Bon Jovi, Alabama, Chris Cagle, Marshall Tucker Band, Bret Michaels, Randy Travis, Keith Anderson, Kevin Fowler, Stone Temple Pilots, Tesla, Ronnie Milsap, Monte Montgomery and many more.

The NHL’s Dallas Stars have been using Zack King songs for years both at Dallas’ American Airlines Center during home games as well as in advertising and promotion for the team.   Their “Everything’s Bigger” was recently heard at the 2020 World Series at Globe Life Field.  Most recently, the band’s single “What Do You Say” is being used by CBS Television in Dallas/Fort Worth to promote current programming.  Their song “Big Plan In The Southland” is the theme song for CBS’ DFW Outdoorsman and can be heard at Texas Rangers games at Globe Life Field. They have also released four successful Christmas Classics in their own unique “unplugged” style.  And to top it all off…the acoustic version of their single “I Do” has became a staple as a wedding “first dance” favorite in the DFW area.

Their varied, eclectic, Texas sound has crossed markets and found the band appealing to many generations of fans across the US.