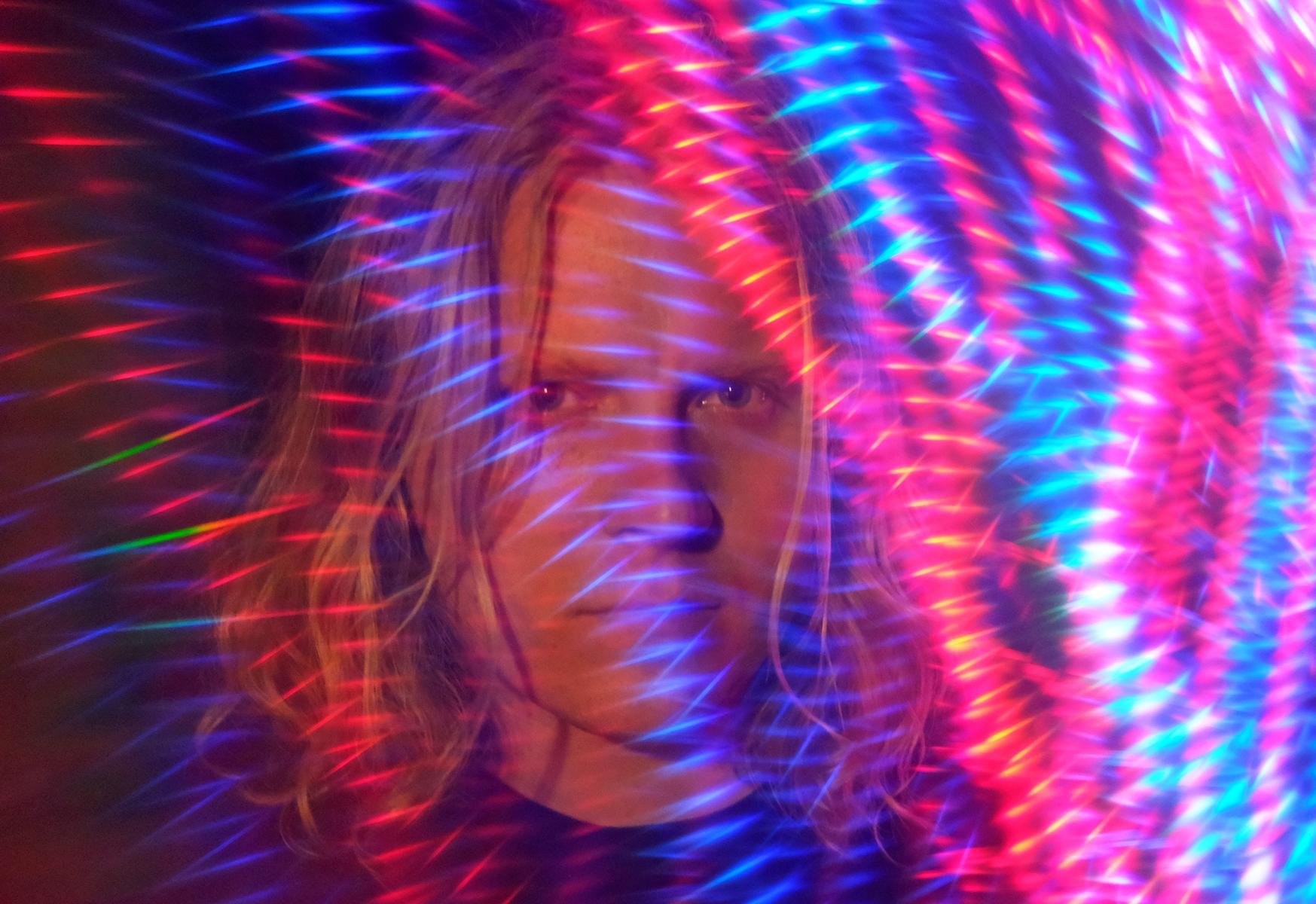 Rolling out of the mist and dust and silence of time, Ty Segall is behind the wheel of a sleek new ride, a confetti of pages torn from his ongoing saga blizzarding into the air behind him. With Harmonizer, his first album in two years, Ty glides smoothly into unexpected territory, right where he likes to find himself! Responding to the challenge his new songs gave him: a synthtastic production redesign, Ty kicks back with bottom-heavy creativity, dialing up a wealth of guitar and keyboard settings to do the deed. Harmonizer is a glossy,  barely-precedented sound for him, and truth, it enraptures the ear—but in Ty’s hands, the sound is also a tool that allows him to cut through dense undergrowth, making for some of his cleanest songs and starkest ideas to date. Harmonizer’s production model couches tightly-controlled beats in thick keyboard textures, with direct-input guitar signal whining and buzzing purposefully from left to right. The Freedom  Band appear all over the record, but often one at a time,  their contributions leaving a distinctive footprint on the proceedings wherever they appear. Operating in this airtight environment with an eye towards precision, feel, and explosive mass, Ty’s crafted a formidable listening encounter—and once you get between the lines, the need to know more grows more compelling with every song.

The thing about closed doors is they need opening again, no matter what happens. You open them and then you can pass through them. And there’s light on the other side. That’s what this album is about.

The first recording to be released from Ty’s just-completed Harmonizer  Studios, Harmonizer benefits from a collaboration with Cooper Crain, who co-produced the album with Ty. The Venn diagram of these guys unites them in DIY/punk dyed-in-the-wooldom; Ty’s propers you know, but Cooper’s own unique journey in rhythm, minimalism and DIY (as heard on his productions with CAVE, Bitchin Bajas and Jackie Lynn) mines the depths around Ty’s peerless vocal attack and aid in the latest chapter of his never-ending search for unfathomably corrosive guitar sounds. Spoiler alert: they found some more!

Bursting with transcendent energy, Harmonizer is an extension of the classic style of Emotional Mugger and Sleeper, revisiting the lonely days and loathsome nights of the alienated, grown-up-wrong soul, to make it all right in the end.