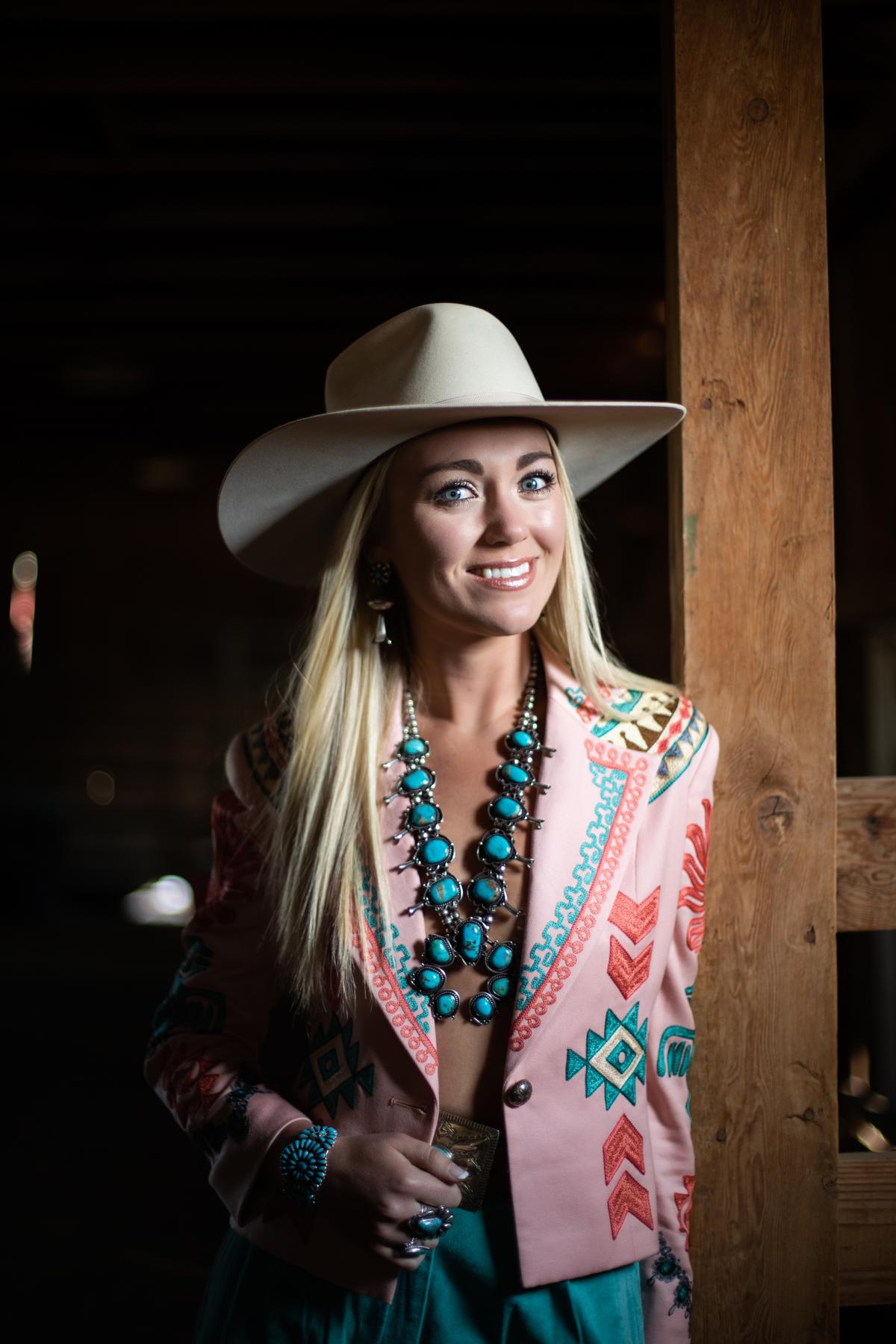 Olivia Harms Bio: Olivia Harms was born Western Music royalty, but the rhinestone cowgirl stepped out on her own to

craft a sound that is equal parts Bakersfield, Texas, and Nashville country.

The daughter of Western Music Hall of Fame member Joni Harms, Olivia grew up on a 150-year-old farm
in Canby, Ore., and made her first appearance on stage when she was two days old. Her mother had labor induced so she wouldn’t miss her show. Twenty-six years later, Olivia is following in her creative
bootsteps.

Olivia’s second album “Rhinestone Cowgirl” is available now. Produced by D. Scott Miller, the 11-song collection calls out to the cowboys, name-drops George Strait, swings through Buckaroo territory and packs plenty of twang and steel guitar. Olivia co-wrote every song. “I was going for a very traditional country vibe, but with some Bakersfield and of some country-western
swing to bring back honky-tonks.” Olivia explained. “I think it boiled down to very traditional ‘90s-style
country.”

Joni Harms has earned multiple honors from such notable organizations as the Western Music Association and the Academy of Western Artists.   She has also performed on some of the most famous stages, including the Grand Ole Opry and New York City’s Carnegie Hall.