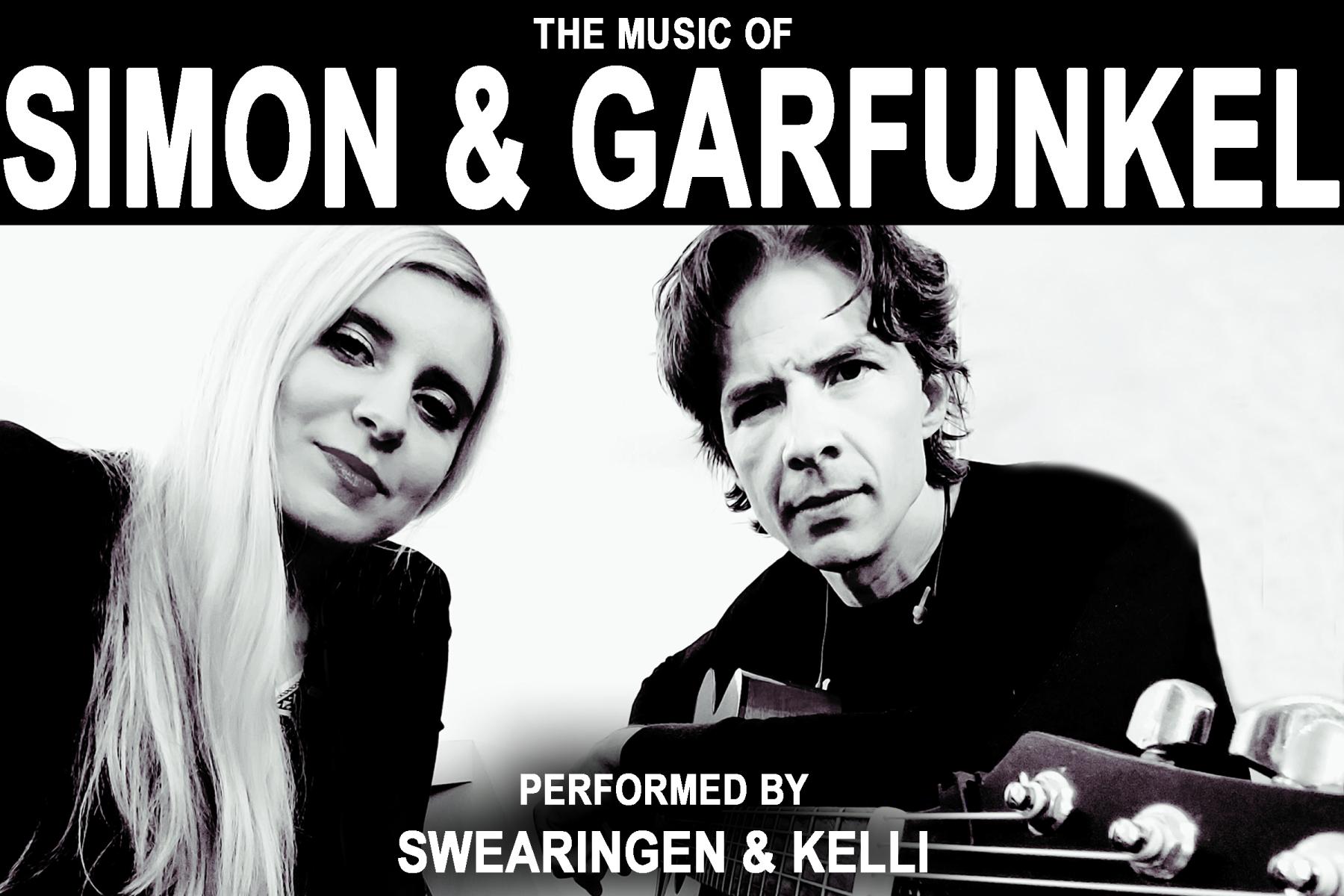 SWEARINGEN & KELLI do the music of SIMON & GARFUNKEL

AJ Swearingen has been performing this music for twenty years with mastery of Paul Simon's intricate guitar playing. His deep baritone blends perfectly with Kelli's angelic vocals, which invoke a true sound in the spirit of Art Garfunkel. They are on a mission to share this iconic music to new audiences around the country. Both artists were inspired by the great singer-songwriters of the past, such as Paul Simon, James Taylor, Carole King, Jim Croce, and Kris Kristofferson among others. Folk icon Tom Rush recorded and released their song, "You're Not Here with Me" on his last studio release. Their 2019 album release, Cold-Hearted Truth, has been featured on Americana Highways, Cowboys & Indians and Red Line Roots who said "they've made something all their own with their own signature approach, and it's one others would do well to emulate down the road"

shorturl.at/tNPW5.  To see them do their  version of THE BOXER..