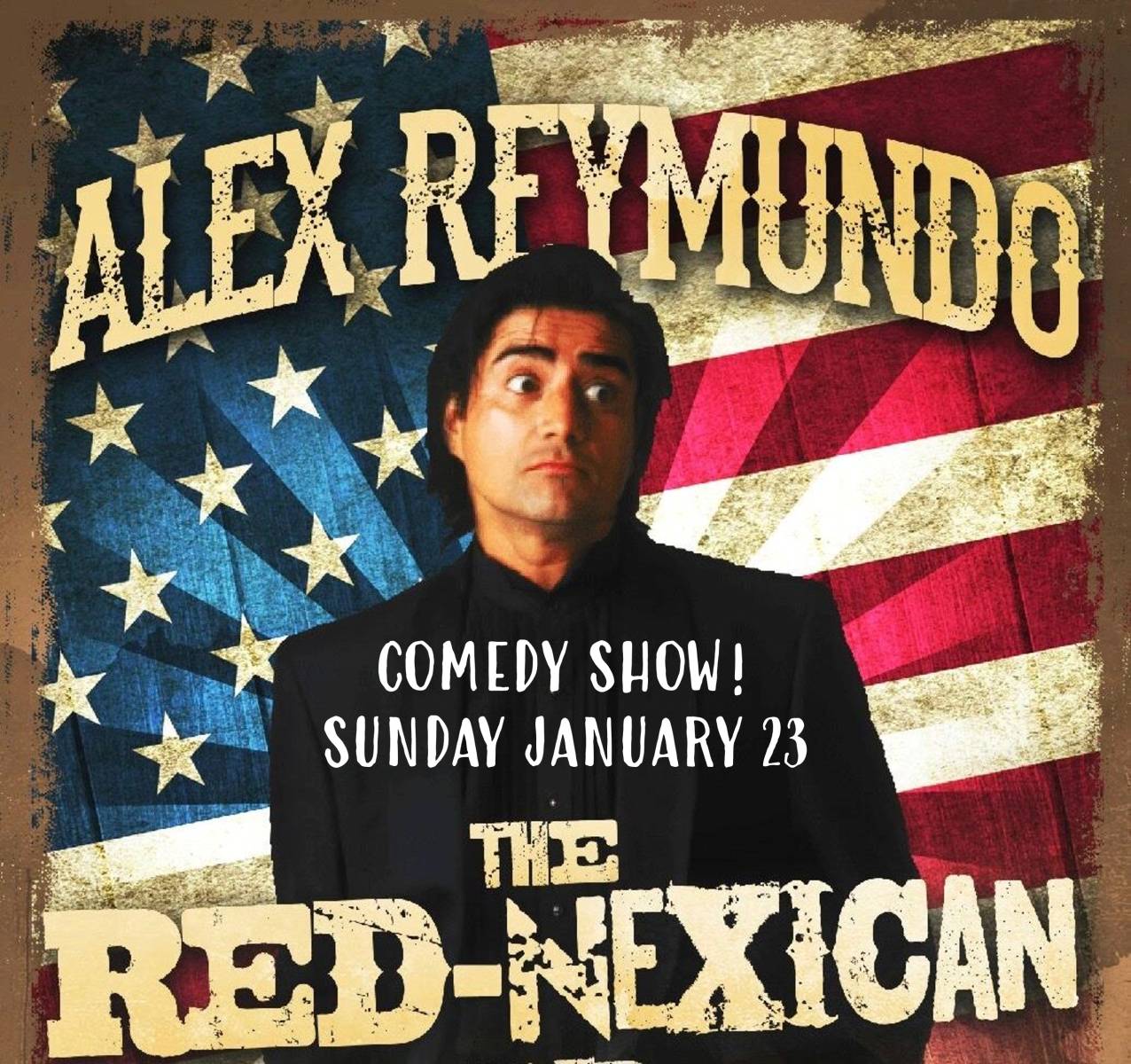 Alex’s exposure to LIVE standup began in Arlington, TX in 1988. Reymundo proudly boasts about serving Ron White Tequila & a Budweiser right before he hit the stage on Tatersalad’s amateur comedy debut. The two Texas comics emerged & traveled the nation together for the first few years of their early careers.

Five years of road gigging throughout the mid-west led Reymundo to Los Angeles where he discovered an exploding Latino comedy scene. It wasn’t long before Alex was touring with Paul Rodriguez. The timing was right, Alex emerged and hit the national scene on Paramount Picture’s “The Original Latin Kings of Comedy” along side Paul Rodriguez, Cheech Marin, George Lopez & Joey Medina.

Reymundo showcased on HBO as part of the line up of P. Diddy’s “Bad Boy’s of Comedy”.

Reymundo was seen by 6 million viewers on CMT (2011) with Ron White’s Salute to the Troops.

The thirty year standup has widened his skills in 3 films,  “Permanent Vacation”, “The Movement” & “El Matador” he’s done voice over work for many companies as well as Disney’s animated “Cars”. Alex has performed on the deck of the USS Roosevelt at sea and soared with legendary Blue Angels.  Reymundo was born in Acapulco Mexico, raised in Ft. Worth, Texas and now resides in the Blue Grass state of Kentucky.

As of recent Reymundo can be seen across the nation touring Alone or with O’l friend & Blue Collar’s Bad Boy Ron White.