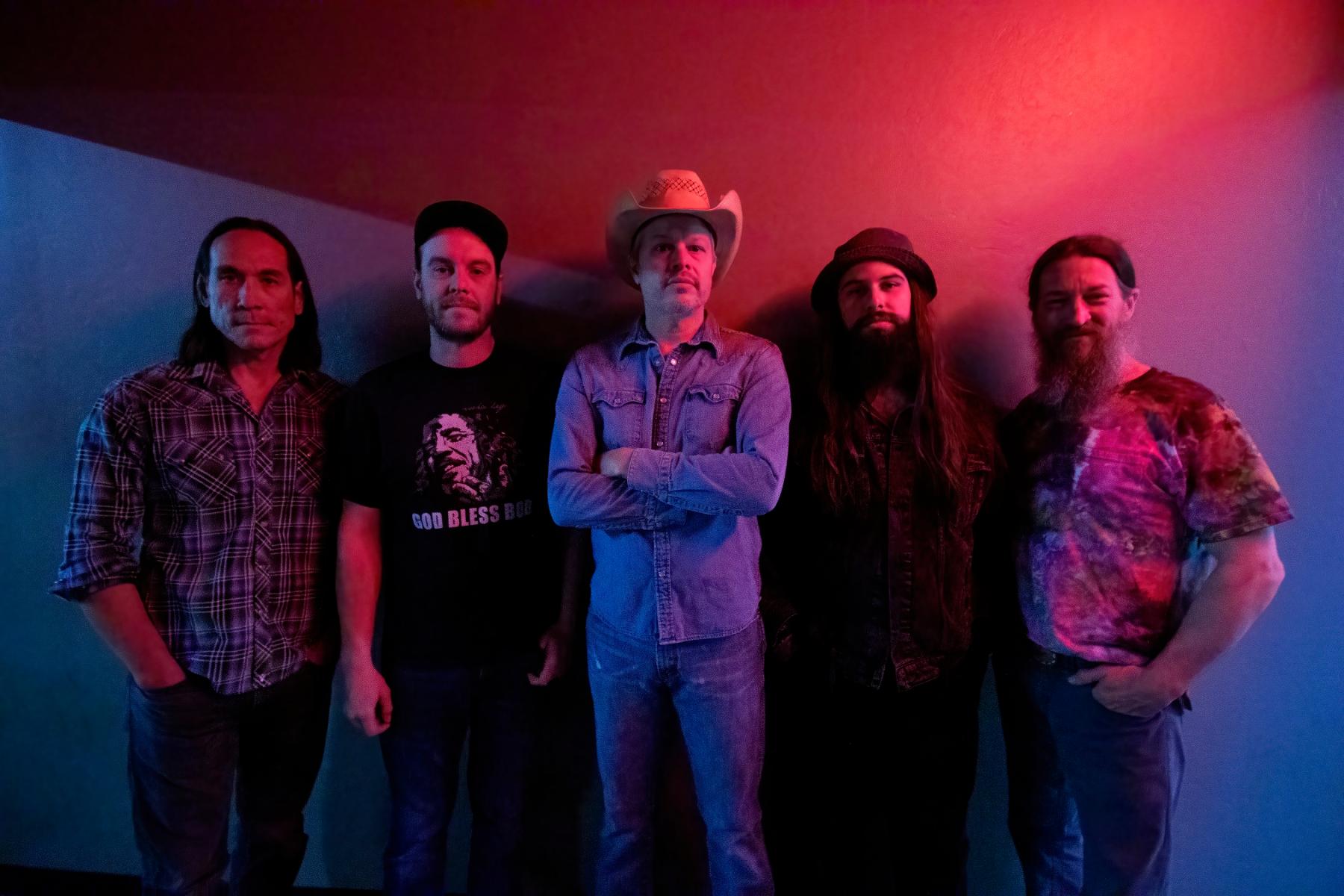 For the past 20 years, Jason Boland & the Stragglers have dazzled audiences all over as one of the leading ambassadors of the Oklahoma and Texas music movement. Millions of fans cheering him on, over 500,000 records sold independently and 10 albums later, Boland is a career musician whose legacy continues to grow. From his early days touring in cramped vans and playing in front of tiny bar crowds to the packed venues he performs in today, Boland’s uncompromising approach has grown his profile dramatically, especially in the past handful of years. Add to that the legions of musicians who are influenced by Boland, and his impact on the scene is undeniable.

But just like so many other musicians, Boland was initially paralyzed by the pandemic. At the onset of the March 2020 lockdown, Boland was stuck at home for the longest period of his storied career without performing live.

Prior to the pandemic, Boland was hard at work on his most ambitious project yet. The groundwork he laid in 2019 saw the singer-songwriter roll through songs that would be a bold step forward. Strumming through the material with the Stragglers at a rehearsal in Colorado, Boland knew he had something big. However, that session took place a day before the lockdown and put the kibosh on the project for a year.

In early 2021, the time felt right to get the project rolling again. At a time when pandemic albums are popping up left and right, Boland zigged when everyone else zagged. Titled The Light Saw Me, the acclaimed singer-songwriter decided to go deeper than he’s ever gone before to create a multi-layered sci-fi concept album. Once again teaming up with his frequent co-conspirator, Grammy-winning producer Shooter Jennings, Boland hunkered down in a Los Angeles-area studio to bring The Light Saw Me to life.

“Jason is one of my dearest friends and, in my opinion, one of the smartest and coolest dudes I know. He was the first person to ask me to produce their record and many years ago we had a great time making Dark and Dirty Mile. So it was natural for me to be more than excited to be asked to produce The Light Saw Me.” says producer Shooter Jennings, “This album isn’t just another album from Jason & The Stragglers. It’s a magnum opus of the highest creative order, which in turn I take as a very serious honor to be able to be a part of its inception.”

The result? The Light Saw Me is as incisive and thought-provoking as any of his previous albums and shows Boland belongs alongside the great songwriters of his time. Drawing from influences as wide as Willie Nelson’s Red Headed Stranger and Tougher Than Leather to Queensrÿche’s Operation: Mindcrime, Boland succeeded by creating a concept album that’s as ambitious as it is accessible. On the surface, The Light Saw Me traces a cowboy living in Texas in the 1890s who is abducted by aliens and ends up in Texas in the 1990s, but there’s way more to it.

Packed into three distinctive interlocking parts, The Light Saw Me is layered with vivid imagery that touches on old legends (such as a spacecraft allegedly crashing in Aurora, Texas which thematically fits), conspiracies and other accounts that run contrary to reality. Referencing aliens can oftentimes be campy and corny, but Boland uses them in a fascinating fashion. On the mesmerizing album opener “Terrifying Nature,” a brooding rambler featuring red hot fiddles that encapsulates the spirit of The Light Saw Me, Boland tackles how people come to grips with existential fear of how they’re connected to the feeling of love. It also sets up everything that’s to come.

Hidden behind the grandeur of the storyline, the message that Boland aims to share is a universal one: Everyone and everything is connected by love. In classic Boland fashion, The Light Saw Me tackles stories and themes that are integral to his writing beyond his world-class use of metaphors, like who we are, where we’re going, and whether love is something that people feel internally or just connected to consciousness and humans’ fear of their own mortality. On the title track, Boland is in total command. The lyrics illuminate all of the possibilities that led up to that moment and the sizzling track showcases his depth as a songwriter. Boland adeptly weaves in and out of the narratives, even if you don’t realize it. The main character tries to plead his case through evocative imagery from the Bible, astrology, and mythology; but in truth, Boland put these metaphors together to serve up a story that looks at the big picture in life.

Boland has long been an admirer of the late, great singer-songwriter Bob Childers, who served as a mentor to him. It’s fitting that on an album with great depth, that Boland would include Childers’ signature “Restless Spirits,” to serve as a de facto climax of the album. Tying the album together thematically, Boland uses “Restless Spirits” as a vehicle to showcase that we should have hope that love is a bond that is real, eternal, and still alive in the world and beyond.

While the music remains true to the roots of Boland and the Stragglers’ Red Dirt background, it’s as tight as anything he’s ever done. On top of the message and intricate instrumentation, the bold storyline will please longtime fans and undoubtedly serve as a gateway album to the rest of his massive discography.

For most of his career, the only thing you could expect from Boland is to do the unexpected. On what’s now his 10th studio album, he not only does that, but he did it in his own organic and authentic way. He’s making the music he wants while continuing to please the people who want to hear where his artistic journey takes him next. With a catalog like his, that’s no easy feat.

Way out on the Western plains, you can see storms make their way across the horizon. Lightning strikes brighten darkened masses of fearsome clouds as they roll on down the line. They sway and swirl giving the promise of rain. They thunder and clap with threats of hail or worse.

Kaitlin Butts is a thunderstorm. A tornado warning. The siren wail of a small town’s caution system still in use. Behind her flowing locks of auburn hair, Oklahoma twang, and wry grin, grows a demanding voice and equally devastating storyteller. This high-rising Oklahoma native is steadily blooming into a quick-witted writer who has the ability to pick the right details to make a song and story believable and real.

She shifts between infectious Cosmic Cowgirl flare with lush desert-swept pastels, desired & heartfelt tearjerkers, and hard-bitten & calloused murder ballads. Through them all, she exhibits a knack for character and a nose for narrative. They come in like a summer shower patting down the dust. Other times, Butts is torrential downpour wreaking havoc.