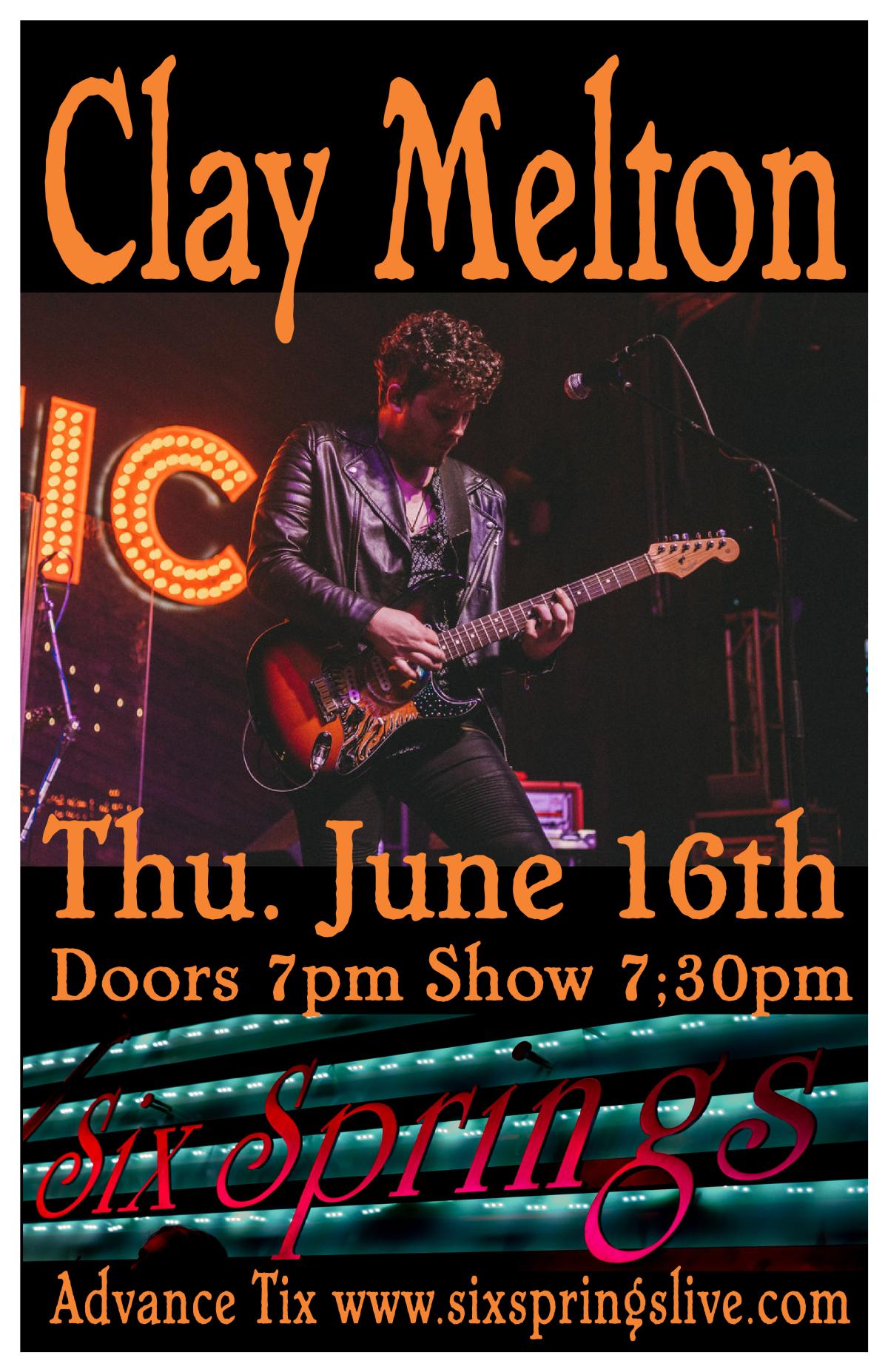 Blues-rock prodigies are a special breed. They live and breathe the fiery swagger of electric guitars and the irresistible allure of rhythm-soaked sounds. That’s Clay Melton’s musical calling in a nutshell. At only 27, the Louisiana-born and Texas-based blues-rocker has already spent 14 years performing live. His powerfully raspy voice and wicked guitar licks leave no doubt he’s grown up in the school of barroom blues-rock.

Back to Blue, a 5-song EP coming July 23, 2021, is Melton’s follow-up to 2017’s critically acclaimed, full-length debut Burn the Ships. Back to Blue, which Melton began recording November 2020 in Austin and finished May 2021 in Houston, boasts production and engineering credits by Grammy-winner Danny Jones (Stevie Ray Vaughan, Patti LaBelle, Etta James) as well as Clay himself.

At the center of Back to Blue is “Say That You Love Me”, a scorching blues-rocker that immediately positions Melton as the future of the genre. The song and its accompanying live gig video are proof positive that Melton is a blues-rock dynamo, an artist with an incendiary soul.

Another standout on Back to Blue is the title track, a modern blues ballad dashed with rock and R&B seasoning. The song is also Melton’s emotional manifesto written during a worldwide pandemic that further validated the potent pull of creating music. Also of note on Back to Blue if Melton’s spirited cover of ZZ Top’s chestnut, “Jesus Just Left Chicago.”

Clay Melton is quickly establishing himself as a rising star, most recently picked to open for Grand Funk Railroad at on the Chevrolet Main Stage at the 2021 State Fair of Texas. Past credits also include opening for blues-legend Robert Cray and platinum-selling artist Chris Daughtry.