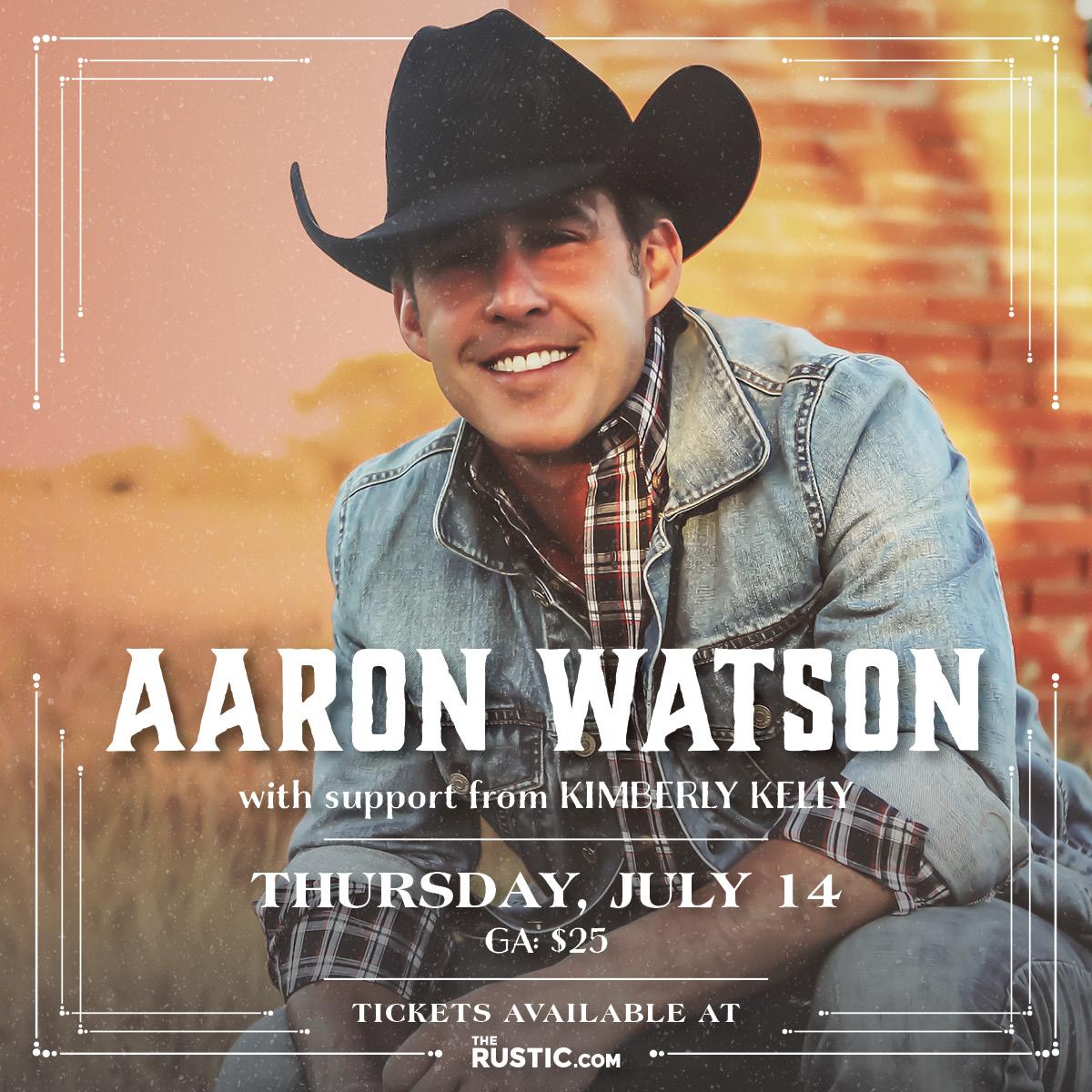 For the past 20 years, Watson has achieved success on his own terms, hand-building a lauded career through songwriting, relentless touring and more than a dozen self-released albums. His independent Texas spirit and strong work ethic are emblematic of the western lifestyle; virtues which have taken him from humble honky-tonks of Texas to multiple sold-out tours around the world. In 2019 he released Red Bandana—"his most ambitious album yet"(Taste of Country)—whose 20 songs were hailed by The Boot as "a pure expression of his traditional country ethos.”

Tickets go on-sale this Friday, April 22nd at 10am. For ticket and more information, go to www.aaronwatson.com or www.therustic.com

TIPS for the show:
-- ARRIVE EARLY: This event is standing room throughout the facility.
-- COME HUNGRY: We’ll have concession food available including Brisket Quesadillas, Joe Leo Tacos, The Rustic Burger and our signature Double Queso.
-- BRING CASH: We do accept credit cards at our main bars, but some pop-up bars & beer tubs in Pat's Backyard are cash only.
-- RAIN OR SHINE
-- TICKETING QUESTIONS? Contact Prekindle Online Ticketing at www.prekindle.com.
-- RIDE SHARING is strongly suggested!
-- PARKING: There is limited parking at The Rustic.
-- RIDE SHARING is strongly suggested. Don't drink and drive
-- ALL AGES are welcome!